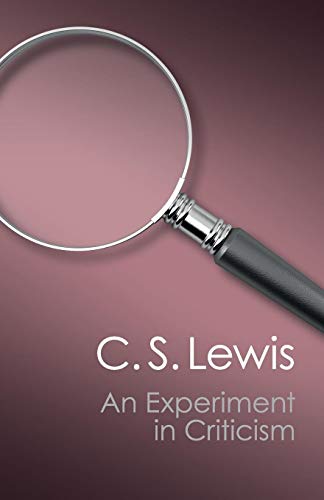 Why it is vital to teach students to read carefully.
May 2013

Smith's explicitly Christian approach to teaching is designed for Christian higher education. But it is a reminder that the kind of education that builds communities will get students outside of themselves long enough to order their desires in relationship to the needs of others.

The kind of close reading advocated by Lewis meets what I believe is an innate desire for self-transcendence. "We want to see with other eyes, to imagine with other imaginations, to feel with other hearts, as well as with our own," Lewis writes. He compares close reading with love, with moral action, and even with the fundamental act of learning. "In love we escape from our self into one another …. [E]very act of justice or charity involves putting ourselves in the other person's place ."

Studying Antigone on my own during my senior year helped me put myself "in the other person's place." But my study would surely have been far less effective without the American literature class I took the year before. There we learned to read closely (including reading our own writing with a careful, critical eye). But we heard the human story not only through the approved literature but also through song. Our teacher was fascinated by the folk movement and lugged his tape recorder to coffee houses and hootenannies. Then he correlated the songs with the literary selections in our curriculum so that the material could be aimed "below the head" to penetrate the organ where we order our loves and desires.

I have not intended here so much to defend the Common Core Standards against their critics (though most of the criticisms I have seen raised in the press are at best tangential to the standards themselves). What I have intended to argue is that the kind of close reading advocated by Lewis and embodied in the Common Core Standards is an important part of creating a community of discourse composed of people who have learned, as Lewis wrote, to reject "the facts as they are for us in favour of the facts as they are"—and thus to step outside themselves for the sake of others.

David Neff is the former editor in chief of Christianity Today magazine, where he served for 28 years. This essay was underwritten by funding from the Clapham Group.