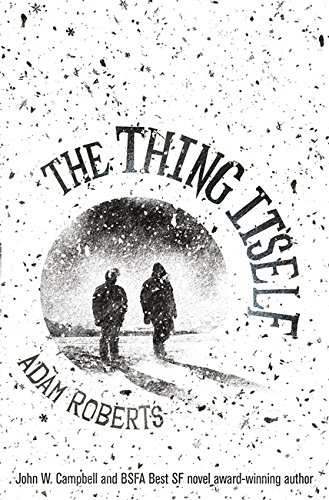 In the Café of Lost Dreams. Patrick Modiano. Translated by Chris Clarke (NYRB Classics). This is my favorite among several Modiano novels (all welcome) newly arrived on our shores in 2016. Mentioning it also gives me a chance to say how grateful I am to the various imprints of NYRB; I could easily have done a whole list like this featuring nothing but selections of theirs from this single year!

It's All One Case: The Illustrated Ross Macdonald Archives. Paul Nelson & Kevin Avery with Jeff Wong (Fantagraphics Books). + Raymond Chandler: The Detection of Totality. Fredric Jameson (Verso). + The Wrong Side of Goodbye. Michael Connelly (Little, Brown). The Macdonald compendium is an absolute feast, with long interviews, covers of various editions of his books, photos, all superbly reproduced and laid out. Macdonald/ Millar was exceptionally precise in his speech, and I think he would wince at many passages in these interviews, conducted when his powers were waning though before the marked onset of Alzheimer's. Nevertheless, anyone passionate about his work will want to have this collection, clearly a labor of love. (I should also mention that the second Library of America volume devoted to Macdonald appeared this year, Three Novels of the Early 1960s: The Zebra-Striped Hearse, The Chill, and The Far Side of the Dollar. Pure gold. Also, Syndicate Books and Soho Crime issued the first two volumes of a wonderfully timed project, Collected Millar, which will reissue Margaret Millar's complete works in seven volumes.) The Jameson book is slim but tasty, "synthesiz[ing]" several pieces he has done on Chandler over the years. As usual with Jameson, it's loaded with insights useful for readers who don't necessarily share his Marxist perspective. And The Wrong Side of Goodbye is the most recent Harry Bosch novel (in which Bosch's half-brother, Mickey Haller, also figures prominently). In a conversation with Gregory Cowles of the New York Times Book Review ("Inside the List," Nov. 20, 2016), Michael Connelly said, "I really wanted to go back to my elders with this book… . The title, the opening in Pasadena, the missing-heir case, much of the book is a tip of the hat to writers like Chandler and Ross Macdonald." Characteristically generous of Connelly. "Quite early in the book," I wrote when I reviewed it, "we're told that in San Fernando, nine out of ten citizens are Latino. This turns out to be not simply another bit of information but rather a pointer to one of the key themes of the story, emphasized in different ways in both plot-strands. This theme—the long history of Latinos in California, the discrimination they've suffered, their changing status—isn't new at all in Connelly's work, but it's foregrounded here."

Moonglow. Michael Chabon (Harper). I've read this novel twice now—first as an e-galley, then in the hardback with the striking cover designed by Adalis Martinez, a name new to me—and my copy is full of Post-it Notes, many of them with scribbled comments, others with striking sentences copied out (as always in a book by Michael Chabon, there are a lot of those). I'm still chewing on it: it's a book that rewards sustained attention, the kind of book that you want (or I want, anyway) to hold in your head (my head), complete. I'm not there yet. But that simply means I'll need to read it one more time.

My Radio Radio. Jessie van Eerden (Vandalia Press/West Virginian Univ. Press). Here's what I wrote for CT magazine: "This second novel (following Glorybound) by an exceptional young writer is narrated by a girl named Omi (Naomi) Ruth Wincott, who has grown up in a Christian commune (a cult, some call it). Omi has the instincts of an artist, though no one is putting such ideas in her head. She pores over old issues of National Geographic and a missionary magazine called The Macedonian Call, cutting out photos to make collages, and she undergoes some haphazard 'homeschooling.' Scenarios like this have furnished dozens of contemporary novels, but never (in my reading) as freshly and winsomely as here."

News of the World. Paulette Jiles (William Morrow). I had never read Paulette Jiles until I opened this book (a pleasing size, not bloated) and took a gander at the first two sentences of Chapter 1, under the heading Wichita Falls, Texas, Winter 1870. Those sentences were enough to convince me that I wanted to read on. Here they are: "Captain Kidd laid out the Boston Morning Journal on the lectern and began to read from the article on the Fifteenth Amendment. He had been born in 1798 and the third war of his lifetime had ended five years ago and he hoped never to see another but now the news of the world aged him more than time itself." The story—but I won't sketch it here, won't tell you about the girl whose parents and sister were killed by raiding Kiowas, who took the girl with her, and all the rest, because if those two sentences aren't enough, what would it avail?