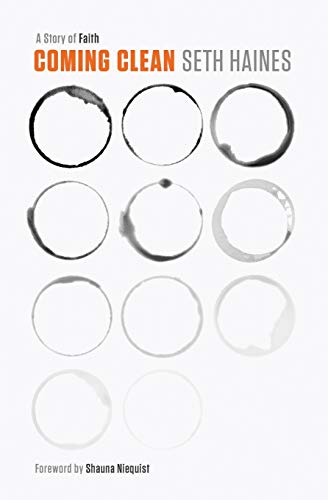 The forms of evangelical testimony.

In what feels like another lifetime, before my babies, I pored over early American immigrant letters in a dusty library in Edinburgh, Scotland. For my PhD dissertation, I was hoping to find the immigrants writing self-aware reflections on changing identity from British to American. I thought I might read stories of transformation; instead, a typical letter advised how much pork to pack for the journey. These farmer immigrants had neither the time nor the inclination to ponder the meaning of their experience.

And yet, even though my immigrants didn't wax poetic, their matter-of-fact letters and emigration guides were testimonies to their immigrant existence—evidence that their lives meant something. Today, in Alcoholics Anonymous, in adolescent youth groups, in church accountability groups, people circle together to enact the ancient rite of "bearing witness." They tell the truth about God and themselves in front of others.

In Christianity, the art of testifying is as old as scriptural injunctions to remember: for ancient Jews to bind the Law on their foreheads, for God's people to construct physical reminders—ebenezers—of God's great acts, to pass these on to their children, and above all, to record the stories. First-person narratives became the form that testimony took, and Augustine's Confessions set the standard for written testimony: a scrupulous yet passionate narrative telling how his faith grew by fits and starts, how he found his story in the story of God.

As the act of testifying flourished and took news forms in Protestant American settings, it eventually found a particular New World expression where emigration was likened to a conversion experience. The movements of emigration took on spiritual language, where the Atlantic crossing was "crossing over" from death to life, from Old World to New. Thus American experience more generally became wedded to a narrative of transformation, whether couched in a "by your own bootstraps" rationalism or a Christian rhetoric of conversion.

The form of confessional narrative, then and now, hinges on personal change. Since doubting Thomas' words, "I believe, help my unbelief," Christians have been fascinated with the divided self, but with one caveat: the narrative must arrive at wholeness. Even if we are a "culture ravenous for first-person testimony," as Slate writer Laura Miller suggests, we want more than mere salaciousness. This, I think, comes from a Christian belief that history has a purpose, a telos, something that all our individual stories are moving toward.

Evangelical confessions and testimonies must fit into a larger scriptural narrative. Christian testimony, then, is like communal prayer; it is both vertical and horizontal. It is meant not only to communicate with God but also to reveal the self, both to the testifier and to the listening—and reading—community. So when we tell our stories together, we become something bigger than our personal histories. We become the church.

The "I once was lost, now I'm found" storyline is central to the evangelical church, and places the self firmly in a wider geographic (all places) and temporal community (all time). Bearing witness publicly seems to be as old as the church, but today we're seeing a particular vogue for first-person writing by Christians. Hannah Mudge in Christian Today has perceptively noted the "Christian storytelling boom," which privileges vulnerability as its cardinal virtue.

This "boom" is the context for Seth Haines's debut book, a confessional narrative titled Coming Clean: A Story of Faith. It's the familiar conversion narrative with a twist, deeply rooted in American evangelical forms of expression but unmistakably speaking to this moment. Coming Clean is Haines' story of conversion away from alcohol addiction and towards a renewed faith in an abiding God.

Coming Clean starts in loss. Haines' one-year-old son is losing weight, and the doctors can't seem to find any answers. In the midst of the very real possibility of losing his youngest son, Haines turns to a Nalgene bottle of gin poured over hospital ice to numb the pain. So begins his addiction and the "exposition of [his] process of stripping off the falsities, of coming clean."

Coming Clean is a journal of his first 90 days sober; as such, it feels rough and raw. At the outset, the writing can feel a bit put-on at times, where Haines wrestles not only with God, but with the confessional memoir form as well. He addresses the reader's own cynicism toward personal testimony, our distrust that vulnerability can be used as a trump card to opt out of debate. Haines goes back and forth between simply telling his addiction story and directly addressing the reader by anticipating her concerns. What seems at times like hedging, though, also establishes Haines as a writer who is mindful of the church's long tradition of oral conversion narratives: he is a testifier who bears witness in print form rather than in front of a congregation. Without the nodding heads of a congregation to affirm the nature of his testimony, Haines' self-proclaimed "inability to put firm language on" his coming clean is a way of establishing a shared heritage of sin and rebirth. In fact, this failure of language to describe a conversion experience often leads to a profusion of it, as Haines acknowledges. Conversion, like writing, is unwieldy. He writes: "If pain took an organized, nameable, tangible, physical shape, it'd be an easy thing to put to death." The daily journaling format of Coming Clean gets as close as we can to the voice of oral testimony.