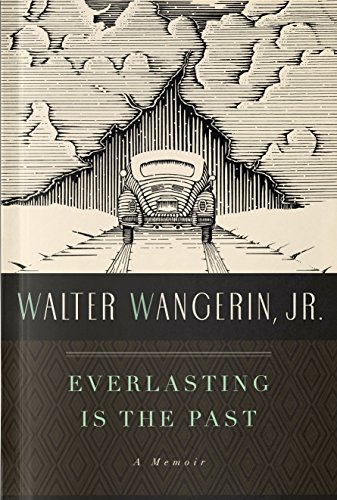 The Suspension of Disbelief

Walter Wangerin and the universal story.

When I was 19, I inexplicably spent $11 of my limited student bankroll on a used first-edition hardcover of Walter Wangerin's The Book of the Dun Cow. Looking back, I'm sure that I only justified the purchase because of a stunning woodcut illustration of a spur-wearing rooster on the dust jacket. I had not heard of the book, did not care particularly for first editions of anything, and had never heard of Wangerin, though his name seemed familiarly German.

It was a Friday night that I bought it. By Saturday at noon, the book had been read.

Dun Cow was a cosmological medieval barnyard epic, as if Animal Farm had made fumbling love to John Bunyan's The Holy War. It was as Seventies as avocado countertops, sure, but it worked, and achieved an immediate timelessness for me. The farmish, mythic world felt familiar to a book-born country kid feeling a little urban and ideological displacement. It was like meeting kin at a family reunion—finding that a stranger has your nose, your cheekbones. This Wangerin spoke the rural, pastoral language of my imagination.

The world of Dun Cow was a curious amalgam. The Bible's God (I thought it was him at least) walked among the clouds like a man in his garden, and simple barnyard animals were all that guarded the cosmos against Wyrm, a Latin-intoning, earth-imprisoned monster, aching to ascend through a widening chasm in the earth to sweep down the stars with his tail. Wyrm (to my clapping delight) was horrifically Lovecraftian in nature and in motive, hungering for blood and chaos, held underground in some divine prison system that neither the reader nor his animal "keepers" were allowed to comprehend. The royal rooster Chauntecleer did not even know his role as warden. The bird's only weapons against a swarm of evil were a set of spurs and a daily liturgy of prayer-like cock-calls. A tiny crowing Order against gibbering, chthonic Chaos. Dun Cow's was a world of danger, a warm world to be sure, but one where the cold of death and undoing was an active, personal presence, resting under everything like a malevolent, rising iceberg.

I found it hard to decide whether Chauntecleer was even the hero. He was certainly not the wisest creature in the tale, nor the most loving, nor the strongest. He was brave, but that bravery quailed before the end, and though he was ready to die for his family and friends, I knew as well as he did that such a sacrifice would be meaningless in the face of a maggotted evil older than galaxies. I related to the cocky rooster who began so self-assured, then had his self-confidence plucked like tailfeathers as friends died around him, as his little kingdom was overrun by troubles he was powerless to halt, as the earth grinned open to swallow his world.

In the hands of a writer of less skill and sincerity, I firmly believe the book—with its scraps of Latin, its semi-allegory, and its deep sentiment—would have collapsed under its own weight, like a Jenga tower made of chicken bones, the literary equivalent of a novelty tune. But it didn't. Walt pulled it off. It worked. And what is more, it tasted like a book does when a book tells you the truth.

There's been a man's writing career between the release of Dun Cow in 1978 (which, my first edition did not inform me, won the National Book Award) and Everlasting Is The Past in the early summer of this year.

Wangerin, a longtime professor and writer-in-residence at Valparaiso University after years in the pastorate, has produced a body of work that by volume alone is impressive. His work has been prolific (something like thirty novels, plus children's and shorter works), largely well received, and consistently personal (in 2010, Letters from the Land of Cancer intimately detailed his struggle with the disease). He's shown no reticence toward bending his considerable imagination in service of fictional accounts of the lives of Jesus and Paul, nor even to novelizing the entire bible (The Book of God).

With this personal canon behind him, I was unsurprised when the press release accompanying by copy of Everlasting began, "It is not uncommon for Christian writers of a certain stature to pen a memoir, the better to share more of themselves with their devoted readership." Wangerin, quite definitely of a "certain stature," had more to share. The book that accompanied the release was beautiful, artfully designed and produced, looking as if it was covered with watercolor paper.

The contemporary Christian memoir has behind it a richly populated tradition of self-reflection: Augustine's Confessions, Julian of Norwich's Showings, Therese of Lisieux's Story of a Soul, C. S. Lewis's Surprised by Joy, Madeleine L'Engle's A Circle of Quiet, and countless other narratives that use personal experience and devotion to point to a larger Christian path. The legacy of such works is incalculable, not only from a literary perspective but also from a spiritual one.