Adam, Where Art Thou?

In the final chapter of my book Evolutionary Creation: A Christian Approach to Evolution (2008), I opened with a rather shocking claim as an evangelical theologian. "My central conclusion in this book is clear: Adam never existed, and this fact has no impact whatsoever on the foundational beliefs of Christianity." To be sure, rejecting the historicity of Adam is rarely heard within evangelical circles. Throughout church history the creation of Adam in Genesis 2 has been viewed as a historical account, and most Christians have believed that every human being has descended from him. 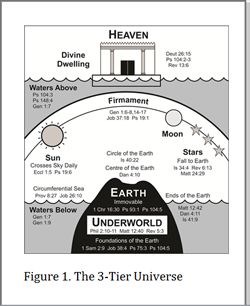 It is important to point out that I am not the only evangelical questioning the historicity of Adam. A landmark issue of Christianity Today in June 2011 featured a cover with a Neanderthal-looking male and the title "The Search for the Historical Adam." The cover commented, "Some scholars believe that genome science casts doubt on the existence of the first man and first woman. Others say that the integrity of the faith requires it." In 2013, the evangelical publisher Zondervan published Four Views on the Historical Adam with my chapter entitled "No Historical Adam: Evolutionary Creation View." In my mind, this article and book are evidence that the historicity of Adam is being seriously reconsidered within evangelicalism today.

To the surprise of many, I do not appeal to the overwhelming scientific evidence for human evolution to defend my view that Adam never existed. Instead, I begin with the Word of God and challenge an evangelical hermeneutical tenet that almost functions like an inerrant truth—concordism. Most evangelicals assume that Scripture includes basic scientific facts. However, as Figure 1 reveals, the Bible has an ancient understanding of the structure of the universe. This view is well-attested in the ancient Near Eastern and perfectly understandable from an ancient phenomenological perspective.

Since the Bible has an ancient astronomy of the heavens and an ancient geography of the earth, it is only consistent that Scripture also includes an ancient biology of living organisms. And indeed it does. From their point of view, ancient Hebrews would have only seen plants, animals, and humans giving rise to "their kinds," to use the ancient taxonomical category of Genesis 1. In other words, living organisms are unchanging. In conceptualizing the origin of life, these ancient individuals retrojected their phenomenological perspective of the immutability of species back to the time when God created living creatures. And they came to the logical conclusion that each type of organism, including men and women, was created de novo "after their kinds."

Ancient Near Eastern creation accounts also attest to this ancient understanding of human origins. One creative mechanism was a craftsman-like fashioning of people using some earth or other material. It appears in Atrahasis, where a goddess mixes clay and the blood of a slain god to fashion seven males and seven females. In Enki and Ninmah, an intoxicated divine being uses earth to make imperfect human beings. And a pinch of clay is used to create a man in Gilgamesh. Clearly, these examples of the de novo creation of humans are similar to Genesis 2:7 where the Lord acts like a craftsman and forms Adam from the dust of the ground.

In sum, Adam's existence is based ultimately on an ancient conceptualization of human origins—de novo creation. More specifically, Adam is the retrojective conclusion of an ancient taxonomy reflecting the immutability of living organisms. And since ancient science does not align with physical reality, it follows that Adam never existed.

But more importantly, I view Adam as an incidental ancient vessel that delivers inerrant spiritual truths regarding men and women. Genesis 2 reveals that the Lord God created us; we are not a mistake or fluke of nature. This chapter also discloses that our Creator sets boundaries for us and that we are accountable before him. Breaking God's commandments leads to divine judgment and we will face the consequences for transgressing his word.

Of course, the question that always arises in this discussion on the historicity of Adam is, "Did Paul believe that Adam was a real historical person?" My answer is a definite "yes." But I am always quick to follow with, "But what else did Paul believe?" In the magnificent Kenotic Hymn, he writes in Philippians 2:10-11, "At the name of Jesus every knee shall bend and every tongue confess that Jesus is Lord in [1] heaven, and [2] on earth, and [3] in the underworld." Modern evangelical translations of "under the earth" fail to render completely the Greek katachthonios. The intensifying preposition kata means "down" and chthonios refers to the chthonic realm, which is a subterranean world or underworld. Paul believed in the three-tiered universe, and the Holy Spirit accommodated in the revelatory process to allow this ancient understanding of the world to be an incidental vessel for delivering the inerrant spiritual truth that Jesus Christ is Lord over the entire creation.

It only stands to reason that since Paul embraced this ancient astronomy and ancient geography, he also accepted ancient biology and the de novo creation of humans. In Romans 5 and 1 Corinthians 15, the Holy Spirit once again accommodated in permitting an ancient scientific concept, the de novo creation of Adam, to be used as an incidental vessel for transporting the inerrant spiritual truths that humans are sinners and God judges us for our sins. But the very Good News in these two Pauline chapters is that the Second Adam, the Lord Jesus Christ, died for our sins and opens the way for us to restore our relationship with our Creator.

Denis Lamoureux is an Associate Professor of Science and Religion at St. Joseph's College in the University of Alberta, Canada. He is a self-described "evolutionary creationist" who lectures and writes widely on the topic. Lamoureux is the author of Evolutionary Creation: A Christian Approach to Evolution and I Love Jesus & I Accept Evolution.