How Christians should respond.

On the day when bullets flew and bombs detonated in Paris, plunging the City of Light into darkness, I was visiting the most populous Muslim nation in the world. First in Indonesia, and then in Malaysia and Hong Kong while on a publisher-sponsored speaking tour, I heard breaking news in snatches only if the hotel carried CNN or BBC in English. 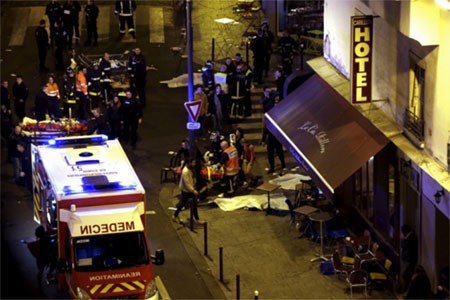 I felt oddly distant from the mood that must have descended like a shroud of fear over the US and other Western countries. I flashed back to the somber days following September 11, 2001. I searched the Internet for the precise sites of the atrocities in Paris: on my travels to that splendid city, had I visited that restaurant, that stadium, that concert hall? I help support a missionary couple who have planted two churches, and reside as the only non-Muslims in an apartment building in a Parisian suburb—what must they be feeling at such a time?

Though I received email requests to write an immediate response to the events, while keeping a busy schedule in a foreign culture half a world away, I felt ill-equipped. Only later did I gain some perspective, in part by reflecting on a lecture I had heard from J. Dudley Woodberry, a specialist in Islam at Fuller Theological Seminary. Is the Muslim my enemy or my brother? Woodberry asked. His answer: both. 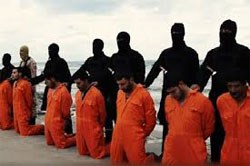 Islamic extremists in ISIS and Al Qaeda relish the label of enemy. After the recent attacks against Russia and France, and the execution of hostages from Norway and China, nations around the world face a universal threat. In a reprise of previous centuries when Muslims surrounded Europe, some extremists today plot a global conquest. They kill and maim civilians in London, Paris, and New York; torture and decapitate Christians in Libya and Iraq; burn churches in Egypt; persecute Jesus-followers in places like Iran, Pakistan, and the Philippines.

Yet, as Woodberry reminded his audience, Muslims are also our brothers. When I spoke at a church in Hong Kong, a Muslim imam attended, and each time he approached me afterwards with words of appreciation. Muslims share many values with Christians, such as a disciplined life and an emphasis on charity and care for the poor. They accept much of the Christian Bible as a sacred text—though they look to the Koran as a more complete, final revelation. Muslims use the Psalms as a prayer book. And the Koran includes 93 references to Jesus, presenting him as a prophet second only to Muhammad, a Messiah who will return someday to restore justice on earth.

I have met people in the restrictive Islamic societies of the Middle East who remain culturally Muslim yet follow Jesus. In those countries, conversion from Islam is illegal, and brings swift retribution—banishment and possibly death—from the convert's family. So the new Christian does not, for example, change his name from Muhammad to Peter, and he continues to pray five times a day and even attend mosque, where he privately worships Jesus the Messiah.

Almost all Muslims have the goal of winning the world for their faith, though only the more extreme groups, like ISIS, resort to violent means. (Let's admit that Christians have a similar goal. We, too, represent a conversionist faith, and many ministries strive to "win the world for Christ.") I must say, blowing up people and what they cherish is a most perverted form of evangelism, far more likely to turn people away from Islam. A decade ago the lower castes in India had considered converting en masse to Islam until the Taliban famously demolished the Afghan World Heritage Site statues of the Buddha, a revered figure to Indians. 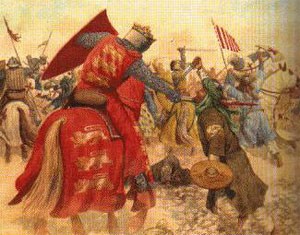 At various times Christians also have used coercion. Charlemagne ordered a death penalty for Saxons who would not convert, and in 1492 Spain decreed that all Jews convert to Christianity or be expelled. Priests in the American West sometimes chained Native Americans to church pews to enforce church attendance. Over time, Christians learned that the faith grows best from the bottom up rather than being imposed from the top down. In the words of Miroslav Volf, "Imposition stands starkly at odds with the basic character of the Christian faith, which is at its heart about self-giving—God's self-giving and human self-giving—and not about self-imposing."

Tellingly, in his last miracle on earth Jesus healed the ear of an "enemy" whom his own disciple had wounded. Those who wish to remain faithful to Jesus must bear witness as he did, not by compelling assent but by presenting the gospel as a true answer to basic thirst.

A friend of mine who grew up in Palestine observes that those of us in the West will always view Muslims as the enemy unless they renounce violence and coercion. He wrote me, "Although the Qur'an calls Muslims descendants of Abraham, it rejects the dignity of Jews and Christians, calling them pigs (for Jews) and infidels (for Christians). They are to be forced to convert, otherwise subject to taxation, enslaved and/or destroyed. Unless these ominous sections are excised from the Muslim 'sacred texts,' there is no hope for reconciliation."