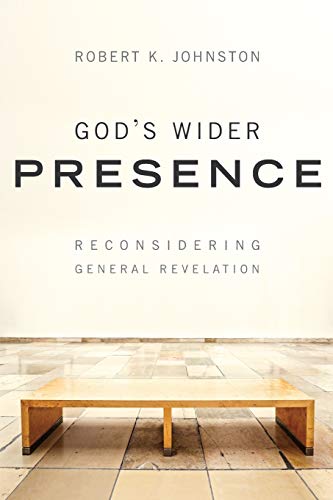 Art and faith in a neo-Romantic age.

Many Wednesday nights as the youth group service drew to a close, my palms would begin to sweat. I could sense what was coming. Perhaps I noticed the signs: a particularly rousing message, a lot of new faces in the crowd, or a large metal garbage can waiting in the wings. It wouldn't happen every Wednesday. Sometimes a few months might even go by with nothing. But it always came sooner or later—the announcement that we were to go out to our cars or open our backpacks and deliver up our secular CDs and DVDs to be broken, placed in the garbage can, and burned.

When these instructions came, I was always torn. I was part of the Napster generation, eagerly downloading dozens of songs a day. On movie nights with friends I saw films like Fight Club, Pi, and Life is Beautiful that spoke to me deeply. But I was also devoted to my church and its teachings. Eventually, my cognitive dissonance developed into a guilty truce. I maintained my love of music and films in secret, and when the inevitable Wednesday night bonfire of the vanities came around, I sat quietly, looked innocent, and tried not to squirm in the pew.

I realize that this experience sounds extreme; few churches ask their congregants to destroy all art that doesn't make reference to Christ or the Christian message. But the set of convictions behind my experiences are quite common. Many American churches are mistrustful of art created outside a Christian context. They often assume that it is, at best, a meaningless distraction or, at worst, a seductive vice. When the Pew Research Center released its now-notorious 2012 report called "'Nones' on the Rise," many of these churches felt vindicated. The study revealed that as many as a fifth of all Americans now claim no religious affiliation or identity. Wasn't this just a confirmation of what many churches had long suspected? Wasn't it proof that the seductive influences of secular films and music were drawing more and more people away from authentic religious living?

Robert Johnston's new book, God's Wider Presence: Reconsidering General Revelation, suggests that the answer is no. He sees the increasing importance of the media and the arts in Americans' lives as an opportunity to broaden the conversation about when and where we can experience God.

Johnston, a professor at Fuller Theological Seminary in Pasadena, California, has been studying the role of film in his students' spiritual lives for several decades. His research has resulted in books like Reel Spirituality: Theology and Film in Dialogue (2000) and Finding God in the Movies (2004), which have been widely used in courses on theology and film. Personal testimonies provide powerful evidence in Johnston's work. Countless students report having conversion experiences or receiving profound insights and callings while watching films—in other words, the stuff of a real, authentic spiritual life. Such was the case for Johnston himself: when he felt the call to enter Christian ministry at age 19, he was at the movies.

It is easy to see how radically Johnston's views on film differ from those of many churches and Christian leaders. Some churches, of course, might host movie nights or integrate film or other arts into sermons. But they do so mainly to illustrate the ideas already found in Scripture or theology. They treat art as a tool for reaching a "higher" or better truth. But the experiences Johnston is interested don't depend upon a work's ability to illustrate outside ideas. They don't even require any explicitly "religious" content in order for them to occur. They happen during films like Raging Bull, Easy Rider, and even Pulp Fiction, not just during films like The Passion of the Christ.

But the fact that these experiences happen is only part of Johnston's point. Americans' attitudes have also changed. "Occurring simultaneously with the 'fall' of the Christian religion as seen institutionally," Johnston writes, "has been the 'rise' of interest in all things spiritual." Spiritual experience is less centralized than churchgoing, but that doesn't mean it is less common. If anything, our age is more ready than previous ages to encounter the transcendent in new and unexpected ways, in art, nature, and even in seemingly "mundane" moments, not just when we are inside the four walls of a church building. In short, we are living in a neo-Romantic age.

Understandably, many churches hesitate to affirm or validate these spiritual experiences. For one thing, they often make no reference to Christ, Scripture, or the church. But for Johnston, this reflexive suspicion misses the point. He suggests that we are "impoverishing ourselves in our relationship with and knowledge of God to the degree that we are insensitive to that divine Presence in others." Transcendent experiences happen to Christians and non-Christians alike. Thus they provide an opportunity for a broader and richer conversation about the divine that will benefit us whether we operate inside or outside religious institutions.