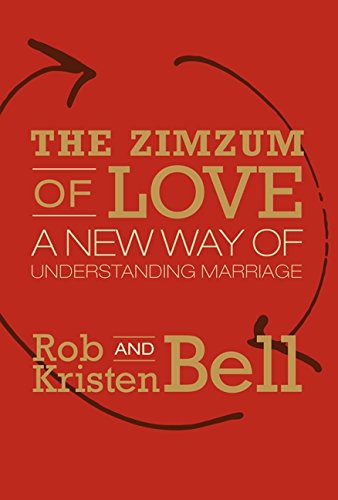 The Zimzum of Love

"Energy flows in this space."

The following is an edited transcript from the Summer 2011 editorial meeting of the Shadow Government of Religious Publishing, known in the industry as ShGoRP. The acronym rhymes with "corp." as in "corporation," which is probably just an accident.

Executive 1: "We're in a crisis. Numbers are down. Bart Ehrman isn't going to make back his advance. Dan Brown-style conspiracy has run its course."

Executive 2: "What about Americanized Eastern religion? We can always go back to that well. Wayne Dyer, peace be upon him, is still on PBS."

Executive 3: "Okay, but we need a fresh angle."

Exec 2: "We need to make it practical. I've always felt like we aren't connected enough to real life. Diet books and couples yoga books, that's all we've really had. And if we hit something practical, like marriage … don't forget, rich people who buy books are usually married."

Exec 1: "Good point. Let's work that marriage angle. Do we have anything in the pipeline?"

Executive 3: "Interesting, but it won't sell. We need something pro-sex and pro-communication. And we need the veneer of Eastern religion but not the substance. Something that sounds Eastern, but isn't."

Executive 2: "And it's got to be practical. The polls are telling us we are perceived as too esoteric and too out of touch, not practical enough."

Executive 3: "Not our market, and I highly doubt they 'love sex'. I know you're just an intern, but you should've had a trigger-warning inserted into the pre-meeting memo before you mentioned evangelicals. God, the fact you brought them up is not just naïve, it's microaggression."

Executive 1, gently: "It's not her fault we bought their publishing houses. And those people do buy books. And their sex books really ship."

Minion takes the lifeline from Exec 1 and puts all her chips on the table: "Sure. And look at what they buy." Pulls up charts on iPad. "Apart from the sex manuals and a shocking number of Greek grammars and Bible dictionaries, these people buy touchy-feely. They read Amish romances by the buggy-load. They love experiential, emotional material, straight from Jesus, if they can get it, like Sarah Young. They love practical. Just look at Osteen."

Exec 2: "I feel like Osteen's positivity, his practicality, and his emphasis on karma is basically right, but he's just so … baptisty. Not at all exotic or mysterious. We can't market that, not until he has a nervous breakdown, converts to Judaism, or has a mid-life branding crisis."

Exec 1: "Anybody got another name?"

Minion: "I think I know just the guy. [Name redacted from transcript.] I call him an 'evogelical.' He's evolving away from being evangelical, but still kinda sounds like one.

Exec 2: "You know, that might work. A friend of mine went on a surf retreat he led. You get some Bible but it comes as practical, inspirational ideas rather than commands. There's some spirituality there that we can label "theology" in promotional literature to max distribution. He kinda looks evangelical, but he's cool with gay marriage."

Minion: "Right! When he talks about 'truth and grace,' he's not talking about the truth of God's holiness or commands or anything. For [name redacted], truth is the truth about you and the grace you need to be yourself. He takes a few good, helpful bits out of the Bible so that you don't have to read it or meditate on it yourself. He'll cite James 4:6, 'God gives grace to the humble,' but he keeps it 'horizontal'—you don't have to be humble 'vertically' before God in prayer or repentance or submission, and you won't have to reject Satan or sin. You don't have to worry about how your 'horizontal' problems with people might be connected to a 'vertical' problem with God."

Exec 2: "Just a guess, but an educated one: his discussion questions section won't ask you to pray or read the Bible for yourself, but they will help you get in touch with your needs and feelings and they will help you put the relationship first above everything else."

Exec 3: "Also, he won't talk about the cross, or sin, or the idea that marriage represents Jesus and his bride or God and Israel. So he's not a Bible Christian, but really a Christian, then. Our new kind of Christian. Our evogelical."