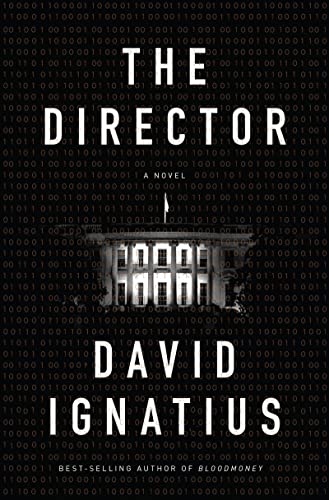 A shakeup at the CIA.

The end of the Cold War prompted many foolish pronouncements and pontifications. Among the most exquisitely silly was the repeated declaration—immediately after the fact and recurringly thereafter—that spy fiction had lost it raison d'etre. On the contrary: as noted on other occasions in this space, the genre has never been more vigorous. Nor can this be attributed solely to 9/11 and its consequences. Many permutations of fictional espionage are flourishing, not only in the novel but also in movies and TV.

One such variant emphasizes cyber-espionage, electronic eavesdropping, and the like. The Director, the new novel by David Ignatius, fits in this category, and can be further located in the first wave of post-Snowden fiction. Ignatius, a highly successful journalist who has become a bestselling novelist, explores the tensions between liberty and security that are being debated daily in the U.S. and around the world. At the same time, Ignatius plays with another set of conventions in the genre: The Director is a CIA novel, following a long list of books that ponder the history of that troubled institution and—in the present day—its place in the byzantine complex of American intelligence agencies.

All of this provides more than enough to chew on, and if you are sufficiently indifferent to style, plausibility, and plain old craftsmanship, you'll find plenty of diversion along with food for thought in The Director. Ignatius brings his journalistic skills to the task. He has the humility of many first-rate reporters—the ability to ask endless questions without embarrassment—and he has cultivated a superb network. He knows a lot of people who know a lot of interesting things, and he gives his readers the pleasing sense of being on the inside. He's a humane man, too. And, as his track record proves, he keeps people turning the pages.

But. But. But. Ignatius is also a terrible writer. He's capable, on any page, of ludicrous solecisms: a "rearranged anagram," for instance, which is rather like a "circular circle." In his generous and lengthy acknowledgements, Ignatius pays tribute to Starling Lawrence, "the best word editor in the business," who "read each draft and offered honest, penetrating and often devastatingly funny comments in the margins." The venerable Lawrence is a legendary figure, but he should have offered many more of those comments in the margins. Ignatius butchers a baseball metaphor, gives the impression that an execrable but all too readily available novel by the Marquis de Sade is hard to find, and routinely writes sentences that are inadvertently comical: "He stuck his long, thin arm around the corner and fiddled with the button until it [a stuck doorbell] stopped."

Picky, picky, you say. Not really. But the problems are not limited to "word editing." The characters simply aren't plausible. They represent this or that. The new director of the CIA, a billionaire businessman named Graham Weber, is a likable stick-figure. And the charismatic genius James Morris, who plays a Snowden-like role, is skin-crawlingly preposterous (as is true, alas, of many fictional characters whose extraordinary brilliance is asserted from page 1, with what are thought to be persuasive eccentricities adduced as evidence).

Ah, well. It's a sign of the health of the spy novel that it produces semi-competent bestselling junk. Let a thousand flowers bloom!