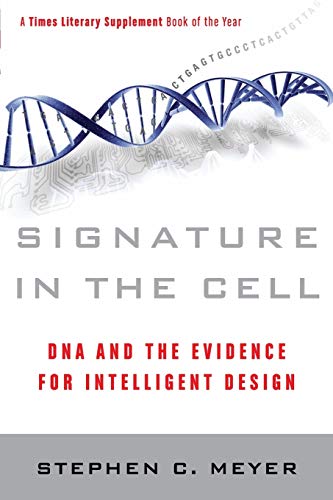 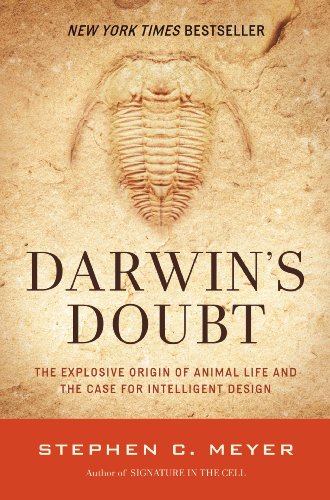 A response to Casey Luskin on detecting design.
December 2014

There are many responses we might make to Casey Luskin's "Among Theistic Evolutionists, Still No Consensus on What's Wrong with Stephen Meyer's Argument." For example, neither one of us has ever suggested that the neo-Darwinian paradigm for evolution is doing "just fine." And while we agree that Meyer isn't engaged in a crude god-of-the-gaps argument, we never suggested that he might not be committing a more sophisticated version (after all, the context for our claim is that any arguments regarding the origin of life involve tremendous ignorance, Meyer's included). But we will confine ourselves to the most substantial issues we see arising in Luskin's response to our review of Meyer's books.

Our recommendation of Meyer's works was based on the perspicuity of the argument: "these books serve well to focus attention on the philosophical, as well as the scientific, side of the ledger." In our comments we point to several hidden, non-empirical premises that appear to underwrite the claim that particular scientific findings evidence belief in intelligent design. First, we suggest, Meyer holds that the complex specified information produced by humans is not produced by a "strictly material process" [SC, 347, quoted in Luskin's rebuttal]. Indeed, this belief that human minds are not material is incorporated into one of Meyer's main premises: "Despite a thorough search, no material causes have been discovered that demonstrate the power to produce large amounts of specified information" [SC, 378]. Perhaps Meyer means to say that no "natural" processes have yet to be discovered that can produce large amounts of specified information when he uses the term "material." If so, this is an odd way to speak of natural processes.

The generalization certainly bears on the plausibility of the claim that the specified information found in specific natural phenomena is the product of some undirected evolutionary process. This move, however, will fail to convince an evolutionary theorist who holds that human intelligence is a material property of material stuff, viz., brains, themselves the products of strictly material processes. Indeed, to invoke as a premise the claim that "our uniform experience," i.e., a strictly empirical experience, "affirms that specified information … always arises from an intelligent source, from a mind and not a strictly material process," appears to beg the question against the theorist who believes that the specified information to which Meyer refers is the product of a strictly material process. Our point is not that the materialist gets this right. Rather, the point is that this dispute regarding the nature of human minds must be settled on metaphysical grounds; this is not a strictly empirical premise.

A second, non-empirical, premise involves appeal to an epistemological principle. What can we safely infer, we might ask, from what we do and do not know in the realm of causes? We were quite careful to acknowledge that Meyer speaks in terms of currently known causes (Luskin misses this). So perhaps we all could agree for the sake of argument that we currently know of only one cause of complex specificity. Setting to the side the metaphysical concerns expressed above, let's also stipulate that we know this on the basis of empirical evidence: human agents are intelligent agents whose minds have produced numerous examples of complex specificity. Further, here's what we don't know: we don't know whether any known or unknown strictly material process has ever produced complex specificity.

There is, of course, a logical howler looming in all this. "[W]henever we find specified information," Meyer insists, "and we know the causal story of how that information arose, we always find that it arose from an intelligent source." The argument, we might suppose, goes as follows: 1) [We know that] intelligent agency produces complex specificity. 2) DNA exhibits "specified, digitally encoded information," i.e., specified complexity. Therefore, 3) Intelligent agency produced DNA. However, what might look like affirming the consequent can be read as an inference to the best explanation. Thus Meyer's actual conclusion: "It follows that the best, most causally adequate explanation … is that it too had an intelligent source." Now, Luskin supposes that our question concerning the explanatory superiority of appeal to intelligent agency stems from the belief "that material causes will be discovered to explain all things." Our comments, however, stem merely from assuming the possibility of a material cause. We simply take it as an open question—that is the point of the inference, after all, whether or not these phenomena were produced by intelligent agency. If this is so, then something other than the fact, if it is a fact (again, see above), that non-material mind is the only known cause of such phenomena of which we are aware, cannot by itself decide the question as to what "constitutes the most causally adequate explanation." Indeed, during the course of the argument, "the most causally adequate explanation" becomes "the (uniquely adequate) cause" [SC, 343].

The slippage is very subtle. (Less subtle is Meyer's suggestion that intelligent agency is the cause "known to be necessary to produce the effect.") From an epistemological posture regarding the relative adequacy of alternative explanations, Meyer draws an ontological conclusion regarding the adequacy of possible causes. It is Meyer's "only known cause" principle that appears to provide the bridge.

How does this principle fare? Suppose we come across a box of notebooks in the attic, on some of which we find the signature of Richard Dawkins. In every case where we know the source of a notebook, we always find that it originates from Richard Dawkins. According to the "only known cause" principle: "If there are no other known causes—if there is only one known cause—of a given effect, then the presence of the effect points unambiguously back to the (uniquely adequate) cause." Would we accept this as settling the question of authorship for these other notebooks? Would one need to assume that there is, in fact, another author in order to continue to regard the question of authorship open? To assume on the basis of what one does know that these others, too, must have been authored by Dawkins would beg the question at hand.

How, then, to address the question of design? Rather than this contentious epistemic principle, the dispute invites consideration of the metaphysical merits of alternative explanations of the empirical data. To suppose that Meyer's argument draws upon premises that are not, strictly speaking, empirically detectable, does not imply the universal failure of empirically based, philosophically informed arguments for design. "These two theistic evolutionists," Luskin surmises, "believe we cannot empirically detect God's handiwork, an idea at variance with the Apostle Paul's statement that God is 'clearly seen' in nature (Romans 1: 20)." This follows only if by "clearly seen" Paul means "strictly empirically detectable" as understood according to Meyer's construal of the design inference. This is the model of God as engineer at work.

Perhaps reflection on these hidden assumptions will reveal an at least equally successful argument from an evolutionary creationist point of view.