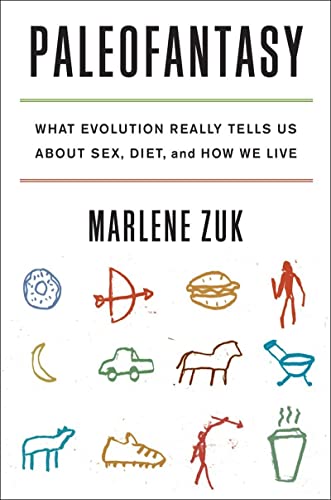 What's in Your Gut?

I imagine you've all heard the famous quote by the ancient Greek physician Hippocrates: Let food be thy medicine and medicine be thy food. He uttered those words almost 2,500 years ago. If only we had listened.

According to the World Health Organization, heart disease, diabetes, chronic lung disease, and cancer were responsible for two-thirds of all deaths globally in 2011. For the most part, those are lifestyle related diseases—chronic conditions many assume were not part of ancestral living. We gaze back nostalgically at our Neanderthal and Denisovan ancestors, convinced we're more suited to a hunter-gatherer lifestyle than the fast-food-fueled, plugged-in, urban frenzy of today.

That may be true to some extent. After all, the first draft of the Neanderthal genome, published by Green et al. in 2010, suggests that Neanderthals and modern humans interbred and that all of us outside Africa have traces of Neanderthal DNA. Maybe we are more suited to a cave-dwelling, spear-throwing, meat-gnawing existence.

Paleo-lifestyle advocates believe there's a mismatch between our genetic predispositions and contemporary living and that we should focus on what our evolutionary relatives thrived on during the Paleolithic era. For most Paleo followers, the main distinction is dietary, although several other ancestral behaviors—including sex, mating, and gender roles—also come into play. The Paleo era was about 2.6 million years ago and extended to the birth of agriculture, some 10,000 years ago. Our understanding of that time period is based on sketchy chunks of incomplete information, and as evolutionary biologist Marlene Zuk explains in her entertaining book, Paleofantasy, these stone-age-inspired theories about how our ancestors lived are pure speculation, not sound science.

Sometimes convincingly, sometimes not, Zuk attempts to deconstruct the Paleo idea that we're stuck in evolutionary limbo with genes not adapted to our current environment. As a nutritionist, I'm particularly interested in the Paleo diet. I'm not a fan for a variety of reasons, but other than highlights citing research showing evidence of fossilized plant particles and starch grains embedded in Neanderthal dental plaque and the rapid evolution of lactose digestion, Zuk doesn't come up with anything that warrants the "paleofantasy" label as far as food choices go.

In part, Zuk relies on off-the-wall comments from random bloggers and online discussion groups to bolster her argument. "I can't be completely sure," she writes, "but apparently some followers are eating horse fat. Is this really the solution to our health problems?"

I doubt any of the more notable Paleo advocates (Loren Cordain, Mark Sisson, or Robb Wolf, for example ) promotes eating horse fat or believes that's the solution to our health crisis. At least I hope not. Including fringe comments distracted from the more serious and noteworthy aspects of the book.

I agree with Zuk's assertion that we can't use our ancestors as models for the way we should be eating today. Our fragmented knowledge of the Paleolithic era doesn't clearly indicate who ate what. Or when. Ancient encampments are often littered with animal bones, giving the impression that early humans ate a lot of meat, but there's not much evidence to leave behind if you're a plant. Bones survive thousands of years, plants don't—they decompose. As Zuk points out, dietary variability was linked to climate and specific environments. There was no one-size-fits-all ancestral diet, and there's no one-size-fits-all modern diet.

What Zuk doesn't mention specifically is gluten—a key player in the Paleo "grains are evil" philosophy. The domestication of wheat (and other cereal grains) 10,000 years ago and the progressive selection of varieties for specific characteristics gave rise to more than 25,000 genetic variations of wheat, many of them high yield with enhanced gluten content. Our ancient HLA (human leukocyte antigen) genes, specifically HLA DQ2 and HLA DQ8, don't mix well with deamidated gluten peptides. That's one piece of the anti-grain puzzle.

Another point that Zuk touches on is the increasing interest in the human gut microbiome, which includes all the microbes and their genetic elements that have become part of our internal environment. We have an intermingling of DNA taking place between our genes and those of our microbes. Zuk says that our "microbial companionship might even have directed our dietary evolution." That's an interesting concept that warrants further review. When it comes to healthy gut bacteria, recent research suggests that nutrient diversity matters, just as evolution intended.

Paleo advocates are right—our ancient ancestors didn't rely on processed food, refined grains, table sugar, or dairy products. Zuk is also right. What our ancestors did eat and how they lived is largely speculation, and in some cases, it's definitely "paleofantasy."

Melissa McLean Jory is a Certified Nutrition Therapist from Golden, Colorado. She also has a degree in Exercise Science, a love for simple food, and a passion for wilderness adventure. Her book The Gluten-Free Edge: A Nutrition and Training Guide for Peak Athletic Performance and an Active Gluten-Free Life, co-written with Peter Bronski, is a bestseller on Amazon.com.