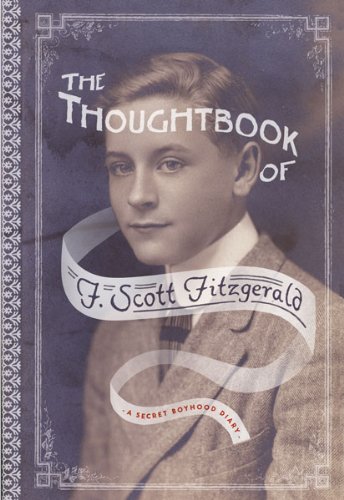 In February 1911, Fitzgerald writes: "I devote a whole chapter to these two [male friends] because for a long time they were my ideals but latly [sic] one has fallen in my estimation." It is not far from that devotion to his most iconic novel, where Nick Carraway decides between the idealism of Jay Gatsby and the pragmatism of Tom Buchanan.

Ceaselessly we return, not only to our own past but to the formative years of our favorite authors. Dave Page's editing of F. Scott Fitzgerald's Thoughtbook lets us do just that with one of America's best writers.

Casey N. Cep is a writer from the Eastern Shore of Maryland. She has written for The New York Times, The New Yorker, The Boston Globe, The San Francisco Chronicle, and many other publications.