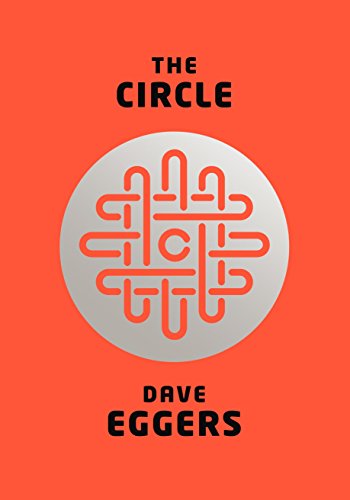 A resonant fable from Dave Eggers.

In Dave Eggers' last novel, A Hologram for the King (McSweeneys, 2012), we follow the fumbling protagonist, Alan Clay, through a last-ditch effort to save his business and his life. Along the way, Eggers tells a side story about how Alan demolished his credit rating by not paying a bill for a Banana Republic credit card. Clay got the credit card because it was going to save him 15 percent on the purchase of a shirt he was buying. He purchased the shirt at the discount and thought he had canceled the card right afterward, but he was wrong. Because of that one bill, we learn, Clay's credit rating slowly plummeted over six years. Even meeting with bankers and financial advisors (all of whom say they understand it was one purchase for $33), Clay is unable to change his credit, which ends up costing him any chance at refinancing his mortgage and getting a new business loan. All for one shirt. Eggers, as the third-party narrator, concludes that, "The age of machines holding dominion over man had come. This was the downfall of a nation and the triumph of systems designed to thwart all human contact, human reason, personal discretion and decision making. Most people did not want to make decisions. And too many of the people who could make decisions had decided to cede them to machines."

In The Circle, Eggers' new novel, we pick up where Hologram left off: how does our new age of technological connectivity change our definition of what it means to be human? The book is set not too far into the future, where all of our lives are connected online through one dominant platform. We are past Facebook (it's seen as archival and archaic) and on to things like Zing and LuvLuv (an online dating service that combines all of the social media updates of a possible date to provide a clear picture of that person to a client). The fictional world Eggers paints is not unbelievable—in fact, I found myself going right along through it with the characters. It is not difficult to imagine because it's not that far away.

The Google-like company that gives the novel its title is called simply "the Circle." We see this ubiquitous enterprise through Eggers' female protagonist, Mae Holland. The first 150 pages or so deal with her first two weeks on the "Customer Experience" team, a low-level position an old friend, Annie, set up for her. With very little plot action during these weeks, the pace nonetheless never slows, much like life at the Circle. In his usual, captivating tone, Eggers keeps us moving with near-perfect dialogue.

The "hottest new company" functions on a campus with 10,000 employees, Mae being the latest. The campus ("we used to call those things 'offices,' " remarks Mae's father at one point) is reminiscent of Google and other high-tech giants, complete with childcare, entertainment from the latest singer-songwriters, a library, and a free health clinic. Everything anyone needs is available on the campus, and Mae sees her own apartment as "a sad place, especially after a day at the Circle, where all was made with care and love and the gift of a good eye." When thinking about the company and her short time there, Mae also reflects: "But here, all had been perfected. The best people had made the best systems and the best systems had reaped funds, unlimited funds, that made possible this, the best place to work. And it was natural that it was so …. Who else but utopians could make utopia?"

Often gullible, Mae finds herself committing a minor company offense, which leads her to "go transparent," a way for the public to see her whole workday and the ins and outs of life around the Circle. Mae is now watched by millions of people and her identity is mixed up in the cameras and updates that surround her. As a result, her shared life overtakes everything, leading her to places and decisions that will affect not just the Circle but also most of the world's experience of online community.

At times, Eggers is overly preachy. There are no doubts about where he stands in regard to social media and technology (Eggers himself doesn't have a Twitter or Facebook account), and there's an absence of moral complexity in his tale. Nevertheless, he is a remarkable writer and an acute social observer. When Mae visits her family and checks in on her ill father, she reconnects with her ex-boyfriend, Mercer, an unabashed skeptic of the Circle and all that it does to its users. "There's this new neediness," he says at one point, "it pervades everything … [I]t's just a different planet." This latest utopia, like all utopias, is actually a dystopia for many in the book. And while the messaging is obvious, the writing is consistently enjoyable.

During one of the company's many presentations, one of "the Circlers" is telling the employees about their latest product: a tiny, wireless camera the size of a lollipop, powered by a tiny battery with a two-year lifespan. This camera is inconspicuous and incredibly effective, able to show you everything from the surf report to the latest news of a revolution in the Middle East. Entirely unaware of his hubris, the presenter exclaims, amidst cheers from the crowd, "Think of the implications!"