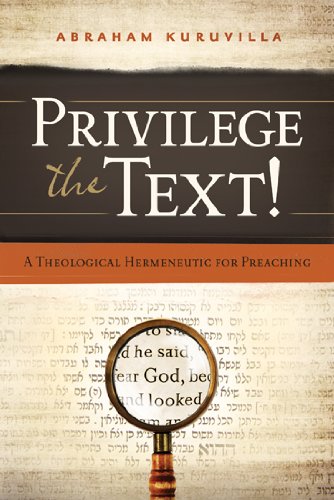 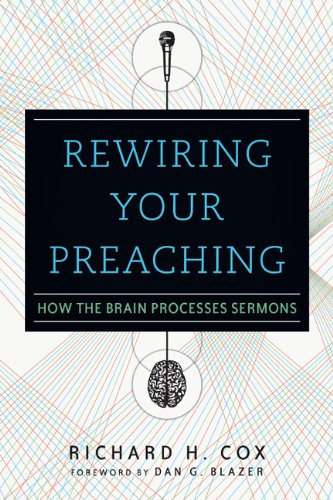 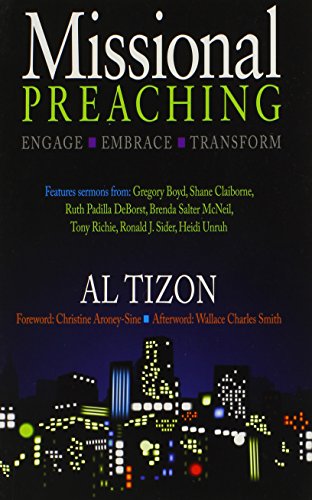 One of the more curious expressions of American church life in the 1960s was a movement to downplay preaching in order to give greater emphasis to relationships and community. In many congregations the sermon evolved—or devolved—into a sermonette or even less while personal sharing and small group interaction became the focus of Sunday morning worship. Yet after a time, many of these same parishes and their members came to view the experiment a failure and subsequently restored preaching to the primacy that it had traditionally held in Protestant churches since the 16th century.

In the 1970s the rise of the "New Homiletic," most clearly articulated by Fred Craddock in his book By What Authority, likewise elevated the ministry of the pulpit. One of Craddock's main arguments was that most preaching was uninspiring and irrelevant because it lacked connection to the congregation. His prescription was to promote narrative preaching of the Bible, a method of communicating the Scriptures that kept the audience involved by retaining tension throughout the sermon. A few years later Eugene Lowry creatively built upon Craddock's inductive approach in his work, The Homiletical Plot.

By the 1980s the study and practice of preaching was on the ascent, especially within the burgeoning evangelical movement. Innumerable books were published on the topic, most notably Biblical Preaching by Haddon Robinson; a popular magazine for pastors, Preaching, was growing its circulation; and in 1997 The Evangelical Homiletical Society was birthed with its own journal and annual conferences devoted to the study of homiletics. Now, more than a decade into the 21st century, preaching continues to stir the hearts and minds of many pastors and professors, resulting in an outpouring of new books. Privilege the Text!, Rewiring Your Preaching, and Missional Preaching focus on different aspects of the preaching task and, in their own ways, contribute valuable insights to this growing genre of literature.

Privilege the Text!, by Abraham Kuruvilla of Dallas Seminary, is designed to help preachers bridge the hermeneutical gap between the ancient text of the Bible and its application for contemporary Christians. Kuruvilla begins by providing a useful overview of both general and special hermeneutics in order to arrive at the focal point of his work: the biblical pericope (a distinct section of Scripture) and its theological importance for preaching. Some prominent Old Testament narratives are then used as case studies to show how the theology of a pericope should drive the preacher's understanding of the text and its relevance to the hearers. This is all well and good, but what's even better is Kuruvilla's explanation of how the Law in all its parts—civil, moral and ceremonial—can be an integral part of Christian preaching in the 21st century.

While this book is a multi-layered and sophisticated treatment of the relationship between exegesis, hermeneutics, and homiletics, its greatest accomplishment may be Kuruvilla's emphasis on the intention of biblical authors to "project a world in front of the text." This "world" is a trans-historical/trans-cultural way of thinking, relating, and living that shows God's people how to honor Him, love others, and live holy lives irrespective of their time, place, or social context. As Kuruvilla regularly says, preaching is not an end in itself but a means of spiritual formation whereby God's people are inspired to obey the divine demands of Scripture.

Privilege the Text! also confronts two of the worst habits in contemporary preaching: systematizing every passage of Scripture to fit a pre-conceived theological framework or atomizing every tidbit of the text for application. These approaches supposedly honor Scripture's infallibility but in actuality undermine its authority by making texts say what their authors never intended! Thus, over time, both the systematic and atomistic approaches create a theological mythology that fails to reflect either who God truly is or what He desires for His people. Kuruvilla is to be lauded for directing our attention to the biblical author's theology by first privileging the written text.

Most pastors believe that preaching should start with the Bible, but there's a prior question for pastors: does preaching really make any difference, and if so, how? This is where Richard Cox's Rewiring Your Preaching weighs in. As a practicing psychologist, pastor, and physician, Cox has not only preached more than his share of sermons over the years but in the last four decades he's also taught in various university and medical school contexts. His primary argument is that neuroscience illuminates how our brains make sense of sermons—or fail to—and how preachers can leverage this new information to enhance the spiritual development of their listeners.