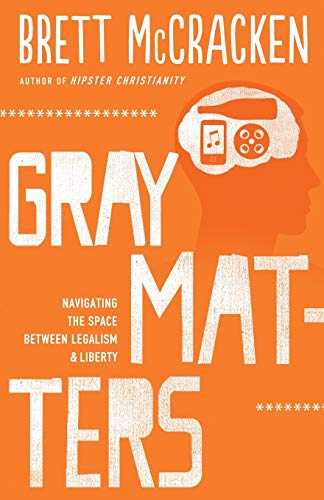 "If only it were all so simple! If only there were evil people somewhere insidiously committing evil deeds, and it were necessary only to separate them from the rest of us and destroy them. But the line dividing good and evil cuts through the heart of every human being. And who is willing to destroy a piece of his own heart? During the life of any heart this line keeps changing place…"

Several years ago I was sitting in a meeting at Fuller Theological Seminary with Richard Mouw, Neal Plantinga, and a few other pastors talking about how to rightly discern God's truth in culture. At one point in the conversation, as we were attempting to distinguish the dividing line between good and evil, Neal Plantinga leaned forward and relayed how his brother, renown Notre Dame philosopher Alvin Plantinga, saw things. Bringing his hands together and tightly interweaving his fingers, he explained that good and evil are inextricably intertwined, "Like this."

Black and white are co-mingled. So much so that, on the surface, all you see is gray. "Gray areas are not our strong suit," Brett McCracken writes in his newest book, Gray Matters. "Christians have a hard time with nuance."

This fact has led to many culture wars. Is Christ "against," "in," "above," or "transforming" culture? I suppose the answer to H. Richard Niebuhr's question is simply "yes." If the culture we live in is indeed a mix of good and evil, then surely Christ is against all that perverts, corrupts, and pollutes, and in all that is good, true, and beautiful. And stands above all that is his in this world, and is passionately at work transforming his creation; making all things new.

If this is true, then McCracken is right, gray does matter and "Christians must be more intentional about being present, active, and critical in our [cultural] consumer choices." We should "be passionate about engaging culture well because we want to know God more through his creation."

Gray Matters is a reliable guide to that end. In a well-researched, historically informed, and humbly articulate way, McCracken shows us how to consume "culture well: discerningly, maturely, thoughtfully." With grace he notes that, "Sometimes the most significant thing we can do for culture is simply to seek it out passionately and thoughtfully, to receive it well." Engaging the cultural spheres of food, music, film, and alcohol, this book gives us plenty with which to do that. Readers will become better receivers after engaging McCracken's wisdom on the nature of consuming, the differences between license and legalism. and the place of personal taste in engaging your world. His hope is that "we will each come to a fuller appreciation of the finer things in life, the glories and goodness of God's common grace, and that we would worship the Creator ever more through receiving the fruits of his creation."

Throughout this book, cultural engagement is presented as a pretext for worship. Food is "revelatory of the goodness and joy of the earth… . [W]ith every bite we seek to honor God." Music is an opportunity for, "seeking out the melodies of heaven wherever they can be heard on earth." Film can "most certainly bear witness to the majesty of God and the beautiful complexity of his creation," and alcohol, consumed rightly, can create the space for, "reveling in the blessings of God."

McCracken is clearly imaging God's creation-loving heart when he says these things.

But as I read the book, I found myself wanting more. I wanted him to go further, to take his call to worship beyond mere appreciation, gratitude, honor, bearing witness, or reflection. McCracken talks about, "fixing our eyes more closely on the awe and wonder of God, the Creator and Artist behind all things." What does culture specifically teach us about the Creator behind culture?

McCracken cites scores of cultural products that potentially point us to God; U2's Where the Streets Have no Name, the Academy Award-winning film Million Dollar Baby, the music of Metallica, and the consumption of food and wine as eschatological symbols. I think he could have strengthened his argument if he'd taken his analysis one step further and listened through these creational texts and showed us the connection to a God who will one day make a new earth, free from sectarian violence, a God who is the only one who loves enough to know when a life should end, a God who also gets angry at those who act Holier Than Thou, and a God who will one day invite us to the greatest feast, into a perfect ecstasy; a de-stressed, free, fully alive, in-full-communion-with-Christ kind of buzz that far surpasses any Napa Valley offering.