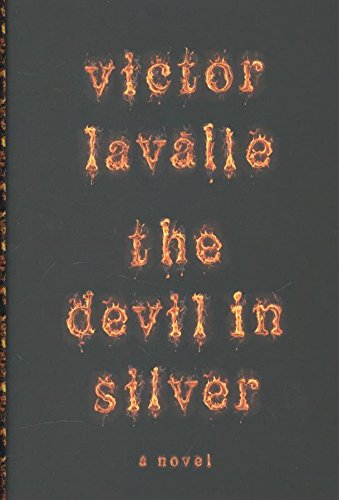 Writing for the Reader

A conversation with Victor LaValle

Editor's note: Victor LaValle is the author of four books of fiction: Slapboxing with Jesus (1999), The Ecstatic (2002), Big Machine (2009), and The Devil in Silver (2012). I have copies of all of them at home—including a permabound ex-library edition of Slapboxing with Jesus, which Vintage published as a paperback original—and I'm looking forward to his next book. In the meantime, here's a conversation between LaValle and David Michael that will reward your attention from start to finish and send you, maybe, to the library or the bookstore.

The Devil in Silver is set in a psychiatric hospital in Queens, which you note at the beginning is the most diverse urban area in the world. You also grew up there. How has Queens shaped your imagination and the way you write?

I'd like to answer the question, first, by listing the last names of the best friends I grew up with on the block. Ortiz, Dadgar, Lee, Jackson, van Akelijen, Amoroso. That's a Columbian, a Persian, a Korean, a black American, a Dutch kid, and an Italian. I could go on and the list would include another two dozen national origins. My family counts as well, my mother emigrated from Uganda as an adult.

I don't simply mean to make a point about diversity of ethnicities, but also about points of view. About personal myths and politics. I traveled the world every time I left my house. The quirks and customs of these families, their cultures, were imprinted on me early. The ways my writing blends genres, styles, is directly a result of that childhood. I couldn't separate all those influences on me even if I tried. And I don't want to try. For any and all hardships we might've experienced when I was young, I feel some completely lucky to have been raised in that place, and in that time. It was like seeing the future. The gorgeous mongrel reality of 21st century America was simply the present day of Queens in the 1970s.

You mentioned the way your writing blends styles and genres. The Devil in Silver was marketed as literary horror, but it has elements of magical realism, and even a little metafiction. Did you set out to write a certain style of book, or did that just evolve once you decided to write a book set in a psychiatric ward?

I do find that the labels for my work tend to come well after I've written the book. I've seen The Devil in Silver referred to as "literary horror," "psychological thriller," "character study," and even a "political" novel. To which I say, yes! All those and more. I find that I most love the writers who are usually placed within one genre or another but whose actual work defies such simplicity. For instance, John Cheever. Before I read him I guess I thought he was just Updike with a smaller nose. But Cheever is a total loon. His short stories are fantastical, satirical, romantic, and realist. Often, somehow, at the same time. They're just Cheever. I think any good artist, finally, is trying to create work that is singular. Mine, regardless of where they might be shelved, are just LaValle.

After finishing The Devil in Silver, I went back and read Slapboxing with Jesus. Stylistically, your writing has changed a fair amount. Is there anything that you've been reading lately that you feel shaped your style in The Devil in Silver?

The styles are definitely different. I think age has something to do with it: Slapboxing is the work of a 26-year-old, and I think it sounds like it. The slang and the subject matter were almost indistinguishable from the way I sounded and the life I'd lived. In a sense that book is a work of personal testimony. Devil, written by me as a 39-year-old man, is less stressed about telling you about me and more passionate about the people I've known, the experiences they've gone through. It's the testimony of an eyewitness. This had a serious effect on the writing, from the prose to the insertion of nonfiction and even authorial asides, in parenthesis, where I address the reader directly.

I was reading a fair bit of 19th-century writing at the time. Great Expectations, Emma, Vanity Fair, to name a few. There are so many rules about literary fiction now, what qualifies and what doesn't, what its subject matter must be and how it should all be arranged. It can all be pretty stifling. Which is why I had to leap back over the 20th century and remind myself that you can do whatever you pull off. Certainly Dickens, Austen, and Thackeray did.

I also picked up Norman Mailer around the time I was writing The Devil in Silver. I especially loved The Armies of the Night. I met Mailer once, in 1998. I was living in Provincetown, Massachusetts, on a writer's fellowship. Mailer lived in town. Me and another fellow would see Mailer in town, walking around using a cane in either hand. He must've been in his seventies. We just bumrushed the front door and rang the bell until his wife, Norris, came to answer it. We asked if we could meet the big man. She let us in, and he saw us in his living room. I told him I had a book coming out called Slapboxing with Jesus. In turn, he said, "I once slapboxed with an Indian coming off a plane in Alaska." He generously talked with us for about a half-hour and explained that at this age he really didn't want to socialize. He only wanted to write books, do that until he died. He wished us both well, and his very kind wife showed us out the door. This story has nothing to do with your question, but answering your question made me think of it.