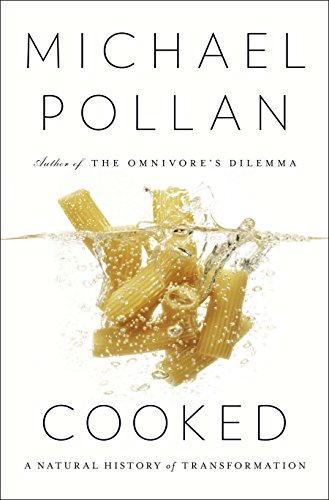 In Marilynne Robinson's first novel, Housekeeping, the character Sylvie—a perpetual wanderer—never cooks for the two nieces whose custody she reluctantly takes on. "Sylvie liked cold food," her niece Ruth remembers: "sardines aswim in oil, little fruit pies in paper envelopes." She seems to subsist largely on crackers: the first morning after Sylvie's arrival, Lucille and Ruth awaken to find Sylvie "sitting in the kitchen by the stove, with her coat on, eating oyster crackers from a small cellophane bag." Robinson's most recent novel, Home, gives us the character Glory, who offers comfort to her father and brother—both "laid low by grief, as if it were a sickness"—by means of chicken and dumplings made according to their deceased wife and mother's recipe. "The thought that she could speak to them in their weary sleep with the memory of comfort lifted her spirits a little." Parsing the meaning of home—and of human society—in the essay "When I Was A Child I Read Books," Robinson writes: "at a certain level housekeeping is a regime of small kindnesses, which, taken together, make the world salubrious, savory, and warm. I think of the acts of comfort offered and received within a household as precisely sacramental."

Indeed. Cooking makes houses feel homey, which is why, as Pollan mentions in his latest book, Cooked: A Natural History of Transformation, real-estate advice dictates that something—usually bread or cookies—be baking in the oven during or just prior to an open house or showing. Signifying more than mere physical sustenance, food and cooking imply creativity and comfort, community and culture. We are the only species that cooks its food, and arguments have been made for cooking as a foundational human act, the act that gave rise to civilization itself. Since before the publication of his 2006 New York Times bestselling book The Omnivore's Dilemma, Pollan has been unwaveringly earnest in his efforts to persuade Americans of the poverty of our food culture. We are fatter and unhealthier than the French, and we enjoy our food less than they do. We're omnivores, but many of us end up eating a diet that derives most of its calories from processed corn, which is bad for the soil, bad for the animals we feed it to, and bad for us. Pollan followed up on the success of The Omnivore's Dilemma with a brief volume In Defense of Food (2008), which gave us the dictum: "Eat food. Not too much. Mostly plants." He urged us to cook for ourselves, insisting that to cook was a subversive act; more than just feeding our bellies, cooking was the "surest way to escape the culture of fast food and the values implicit in it."

Pollan has said that he is "more at home in the garden than the kitchen" (In Defense of Food), but this modesty about his cooking skills is less than convincing to those who read The Omnivore's Dilemma, in which he prepared a highly local meal of wild pork cooked two ways, bread leavened with wild yeasts he captured himself, and a sour cherry galette with fruit from Pollan's own trees. This same odd forgetfulness characterizes Pollan's new book, in which he describes himself as a person who "seldom made time for cooking or gave it much consideration," a puzzling confession coming from the man who told us boldly in 2008 to "cook, and if you can, plant a garden." Instead of the competent cook whose culinary plans for his wild boar involved braises and reductions, brining and crushed peppercorns, and roasting over olive wood, in Cooked, Pollan casts himself as bumbling in the kitchen, a novice whose "most successful dishes leaned heavily on the cooking of others." One could argue that Pollan came to understand himself as a culinary ingénue simply by immersing himself in the wealth of all there is to know about traditional Southern barbecue, the history of pot-cooked dishes, and the science of bread baking, cheesemaking, and fermentation (all prominent in Cooked)—that he came, as diligent students do, to realize how very little he really did know about cooking. But that's not how he tells the story. No, we are to somehow conjure a Michael Pollan who in spite of his prior evangelizing on the importance of home cooking, never gave much thought or attention to what went on in the kitchen of his own house, and has only recently learned the words to describe what he loves most about bread:

"I especially love the contrast between a rugged crust and a moist, tender, alveolate interior—the 'crumb,' as I've learned to call it, now that I've been hanging around bakers."

However, Pollan doubts the possibility that he will ever become one of their magical kind; he notes that "in ancient Greece, the word for 'cook,' 'butcher,' and 'priest was the same—magieros," and that it "shares an etymological root with 'magic.' "

"I had little reason," he writes, "to believe I'd be, or ever become, any good at [baking bread.] To the contrary. I had baked one or two loaves years before with only middling results, and had concluded baking was probably not for me."

At which point I scratched my head and turned back to The Omnivore's Dilemma (page 408) and found that not only had Pollan's bread garnered praise from a culinary professional, he'd also known to refer to the "alveolate interior" of bread as "the 'crumb' " long before he began "hanging around bakers":

"Angelo reserved his most enthusiastic praise for my bread, which I'll admit did have a perfect crust, an airy crumb, and a very distinctive (though not at all sour) flavor."

Even forgiving the obviously stagy premise, Pollan's goal seems to be a worthy one—I wrote about it with (literally) evangelical fervor in my own recent book on food: to persuade people to cook; to convince them that cooking is not only good for the health of the body, but as Robinson's Glory knew, for the health of the soul; for the Proustian (or, if you prefer, Passover-esque) qualities of calling to mind the hominess, comfort, and provision of Days Gone By. In writing about the fertile and fraught exchanges happening on the microbial level in fermentations of milk or hops, Pollan is without peer. I know of no other writer who can explain the scientific rationale for slow-braising meat in ways that are equal parts eloquent, appetizing, and intellectually stimulating. And Cooked, like The Omnivore's Dilemma, is peopled with distinctly drawn characters: the Southern barbecue celebrity; the exuberant Iranian American chef who patiently "teaches" Pollan how properly to mince onions for a braise, and so on.

But while the Michael Pollan of In Defense of Food (2008) was happy enough to let us simply play around in the kitchen to the betterment of our bodies and souls (cf. Robert Farrar Capon, The Supper of the Lamb, 1966), the Michael Pollan of 2013 seems to be engaging in a literary form of the extreme Food Network performances he writes of with faint disdain. Is Pollan's goal for us all to feel as if we're rushing things if we sauté the onions for ten minutes instead of a "half hour at least" or if we bake homemade bread with (gasp) commercial yeast instead of a natural levain? While he intends his extreme Slow Food project to lodge a protest against "the total rationalization of life," he (perhaps unwittingly) makes the whole endeavor of cooking seem a lot more esoteric and difficult than it is. It's not hard to imagine that many people will put down Cooked believing themselves incapable of making a good meal, simply because they can't, like Pollan, devote several years to casual apprenticeships with expert brewers, bakers, pit-masters, and chefs. The oyster crackers and "little fruit pies in paper envelopes" of Robinson's perpetually drifting Sylvie will seem more attainable than Glory's "chicken and dumplings"; far from giving readers confidence that they, too, can serve sacramental comfort from the kitchen, Cooked leaves them hungry and reliant on the next offering of the magieros.

Rachel Marie Stone is the author of Eat With Joy: Redeeming God's Gift of Food, published by InterVarsity Press earlier this year.