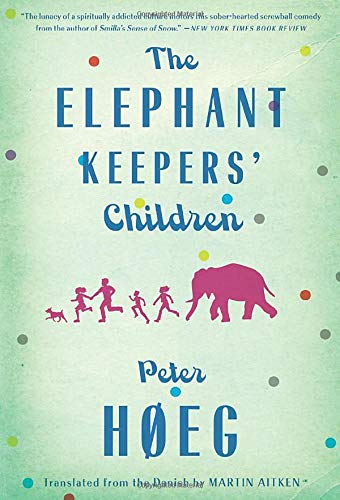 Is there such a thing as "Lutheran fiction"?

Lutherans make great music. We will be the first to tell you that the only musician to earn as extraordinary a moniker as "The Fifth Evangelist" was our own Johann Sebastian Bach, whose words and notes alike are infused with Lutheran piety. Likewise our hymnic tradition, encompassing German-, Scandinavian-, and Slovak-speaking communities, easily rivals that of the English language with all its assorted confessional groups. Lutherans also make great visual art. Albrecht Dürer and Lucas Cranach were early and prolific converts to the Lutheran cause. Never iconcoclasts, we have been churning out extraordinary church as well as secular art for five centuries, and remarkable Lutheran artists are flourishing to this very day.

But Lutherans do not, apparently, write novels. Ask a Lutheran to name a Lutheran novelist and—if you don't hear the name Garrison Keillor, who hasn't spent nearly as much time attending Lutheran churches as his contemptuously cute portrayals of rural Minnesotans would lead you to believe—the answer you are most likely to hear is Bo Giertz, for his overtly theological work The Hammer of God, which was published in 1941 in Swedish and in 1960 in English. And that will bring the list to an end, at least as far as anglophone Lutheran knowledge of these things goes. Catholics, Anglicans, Methodists, Puritans, and Pentecostals have all had their religious lives brought under colorful fictional scrutiny. Lutherans have had to content themselves with the occasional cultural bone tossed in their direction, like the Lutheran Sisterhood Gun Club in the 1999 film Drop Dead Gorgeous or the (highly implausible) Lutheran pastor boyfriend in TV's The Mindy Project.

It is on account of this total paucity of literature on what otherwise would seem to be a body large enough and maybe even interesting enough to deserve a little more attention that I leapt at the latest offering of Peter Hoeg, best known for his novel that was made into the film Smilla's Sense of Snow. It should come as no surprise by now that a story about the three children of a Lutheran pastor and his organist wife is a translation into English from a language of historic Lutheranism, Danish. Forewarned by professional as well as bitter Amazon.com reviewers that this new work would be nothing like his famous thriller, I was eager to read for the first time a story at least faintly similar to my own upbringing as a Lutheran PK.

I am relieved to say that my childhood in no way resembled that of the Finø children, whose clerical parents are in fact religious swindlers of the first order. But what makes for a happy childhood in reality does not make for an especially rollicking read in fiction, and The Elephant Keeper's Children does not lack in rollick. There is a high-speed chase through city streets to rescue a beautiful Voodoo priestess. There is a cream pie smashed into a face. There is a corpse that vanishes and rematerializes with providential timing. And that is to say nothing of the impersonations, stowaways, loves lost and regained, stolen cars, secret panels, explosives, duck rillettes worthy of the Holy Spirit, computer hacking, kidnapping, large snake, and castle tunnel frosted with a thousand liters of liquid soap.

Peopling these escapades are the improbably yet wonderfully named Leonora Ticklepalate, Alexander Flounderblood, Sinbad al-Blablab, Svend Sewerman, Ingeborg Bluebuttock, Thorkild Thorlacius-Claptrap, and Bishop Anaflabia Borderrud, who rub shoulders with a gullible bisexual ex-addict count, a Buddhist phone sex counselor, a pair of cops tricked into falling in love, and the shadowy bane of the 14-year-old narrator Peter's existence, namely his schoolmate Karl Marauder Lander, who is always invoked when a metaphor for something particularly horrible is called for.

The heroes of the story, though, are the aforementioned pastor's children: the earnest, chivalrous, and herculeanly strong Hans; the 16-year-old Tilte, a force of nature who, when she says things such as "Mother, this evening the teachers will complain about me, and it's because they feel squeezed by the breadth of my personality," you know it is true and not the slightest bit immodest for her to say so; and the youngest, Peter, a disciple of his sister's who comes into his own strength over the course of story, through either recourse to their joint spiritual studies or sudden illumination of the applicability of soccer strategy to the present human difficulty.

The only human undertaking worthy of the insanity of such persons and events is religion, and religion is what drives the story under its farcical façade. Besides the not nearly as respectable or conventional as you'd expect Evangelical Lutheran Church of Denmark—though for reasons of corruption rather than exceptional gospel integrity—the (imaginary) island of Finø is populated with teensy communities of assorted other religious allegiances, mainly converts: Hindus on an ashram, a self-appointed Muslim grand mufti, the Buddhist counselor who financially supports her retreat from the world through worldly means, an ex-headmaster who has resurrected the cult of Asa-Thor, and plenty of people who chiefly worship money; not to mention allusions to macrobiotics, yoga, Balinese massage, Sufis, Swedenborgians, Catholics and Orthodox and Jews, theosophy, occultism, Satanism, and astrology. Peter, a PK as well as a private student of mysticism across the globe, swims easily through all the swirling religious currents around him and parses much of their tomfoolery with great wit: "[S]he is facing a classic problem of theology, which concerns how hard you can twist someone's arm while claiming to serve some higher purpose."