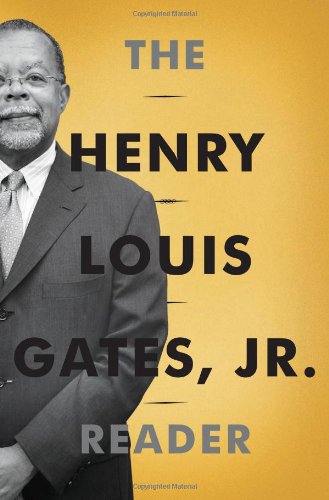 An essential guide to American history and culture.

Henry Louis "Skip" Gates, Jr., is widely regarded as the leading scholar of African American literature in the world today. As director of Harvard's W.E.B. Du Bois Institute for African and African American Research, he has discovered historical texts and developed theoretical analyses that not only have informed the study of black culture but also have served to influence its development. An April 1998 article in Boston Magazine scandalously headlined a profile of the professor as "Head Negro in Charge." More recently, he made headlines in the summer of 2009 after being improperly arrested in his own home by Cambridge, Mass., police, effecting a so-called "beer summit" with him and the offending officer at the White House, hosted by President Barack Obama. The following year, he donated the handcuffs with which officers shackled him on his front porch to the Smithsonian's National Museum of African American History and Culture. Such colorful episodes accord with the creativity of his scholarship, and that is what is on display in his latest book.

Gates' career trajectory (a doctorate from Cambridge, professorships at Yale, Cornell, Duke, and Harvard) and his multifaceted scholarly pursuits (documentary-filing, gene-mapping, newspaper opinion writing, and more) have placed him in a particularly privileged position from which to wax eloquent on the African American experience—which, he would lecture, is richly diverse and essentially an American story, informed mightily by white history and the literature that reflects it. In The Henry Louis Gates, Jr. Reader, he serves up a collection of his writings as diverse as his interests.

The book is divided into eight parts, in this order: Genealogies; Excavation; Canons; "Race," Writing, and Reading; Reading People; Reading Places; Culture and Politics; and Interviews. The most impressively original section might well prove to be the most enduring. In Excavation, readers are treated to vivid contextualization of Gates's entrées into some of his greatest discoveries as a scholar. In his introduction to "The Bondwoman's Narrative: A Novel by Hanna Crafts," he articulates the thrill of identifying what is believed by many to be the first known novel written by a black person in the United States. He found it. But how?

The answer signifies the special genius of Gates, who bought the manuscript in an annual auction by Swann Galleries, which is considered to be the oldest continually operating New York specialist auction house. According to Gates' account of the find in a 2003 volume he coedited with Hollis Robbins, In Search Of Hannah Crafts: Critical Essays on "The Bondwoman's Narrative," the Swann catalogue described the novel as an "Unpublished Original Manuscript; a fictionalized biography, written in an effusive style, purporting to be the story, of the early life and escape of one Hannah Crafts." Its history could be traced to the 1940s, when it was owned by African American scholar Dorothy Porter. Porter (1905-1995) is credited with building Howard University's Moorland-Spingarn Research Center into a world-class research collection.

Because of little interest, Gates bought the manuscript at a low price, he reports. After forensic and historical investigations were undertaken, and as a result of his own review, Gates joined others in concluding that Crafts was most likely black and that the novel predates 1861. The book was published in 2002, and quickly became a bestseller.

Gates' introductions to African American Lives and Africana: The Encyclopedia of the African and African American Experience similarly enthrall. His tenacity and drive as a researcher, and the nagging dearth in the academy of interest in and expertise with regard to black subjects, combine in this Reader to form a powerful compendium capable of singularly serving as a canon of African American culture: essential reading for those who seek to appreciate the complexity of cultural identity that could take form only in the United States.

Gates does not provide simple answers; rather, he raises difficult and interesting questions, and sharply so. "Slavery poses enormous challenges to any scholar seeking to reconstruct its features," he announces in "Prefatory Notes on the African Slave Trade," from In Search of Our Roots. "Though the practices of slave owners varied … slavery was, almost everywhere, a systemic effort to rob black human beings of their very humanity itself—that is, of all the aspects of civilization that make a human being 'human': names, birth dates, family ties, the freedom to be educated and to worship, and the most basic sense of self-knowledge and continuity of generations within one's direct family lines …. How in the world can you reconstruct a family tree consisting of generations of people who had only one name, when even that name was not often listed in official, legal documents maintained by the state?"

And eventually, Gates tells us how, and does so himself. The guideposts are found in Genealogies.

The Henry Louis Gates, Jr., Reader is an assortment of scholarly triumphs, but ones with real impact on the lived experiences of all kinds of Americans. In that regard, this long-overdue work will serve readers as an ideal starting point for their personal project of excavating important components of their American heritage, on the road to defining themselves within that fabric.

Amos Jones is assistant professor of law at Campbell University.