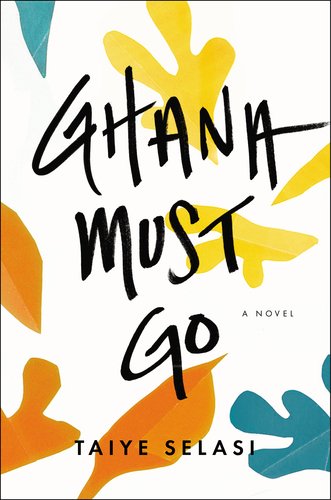 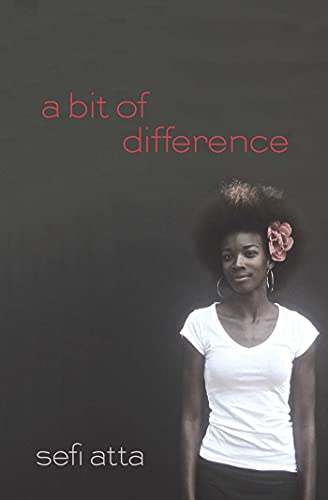 Toni Morrison once said that she learned to write with authority from Chinua Achebe. As an African American woman, Morrison was struck by the natural narrative authority Achebe had as a Nigerian, a person normative in his own culture. This authority that Morrison found so revolutionary, it must be acknowledged, is a local and a national authority. It is not a global one. To Achebe's successors, contemporary authors of Nigerian heritage like Sefi Atta and Taiye Selasi, the subversion of that authority is a central question, as so many West Africans become immigrants and leave their homeland for the wider, whiter world. Their characters leave, return, bear children abroad and bring them back, and the tapestry of their choices binds multiple generations.

In Sefi Atta's A Bit of Difference, we meet Nigerian-born Deola Bello as she lands in Atlanta on a business trip for a London-based charity. Deola's life is one of perpetual arrivals and departures at various international airports: New Delhi, London, Atlanta, Lagos. The narrative is off-kilter from the first few pages, Deola blinking in the jet-lagged suddenness of her arrival in the sprawling city, shuttled by her American coworker Anne from airport to hotel to restaurant. She returns to work as an accountant in London only to begin preparations for another trip home to Nigeria, which she has disguised as work—she will meet with and assess three charities that have applied for funding from her organization. Her true purpose in returning to Lagos, however, is to be present with her mother and siblings for her deceased father's five-year memorial service.

The book is almost itchingly uncomfortable in its attention to conversation and social minutia. The dialogue is often jarring and fragmented, unmoored from Deola's interior world. After pages of internal complexity, we break the surface for something like, "Would you like another scone?" Her social interactions are fraught with the things she doesn't feel she can say. On a trip to Atlanta she decides she must forgo the word "actually" after contradicting a few of Anne's misunderstandings about West Africa. She doesn't want to seem antagonistic. It is clear that Anne, meanwhile, has no need for such linguistic caution.

Meaning in Deola's world is maddeningly unstable. A white man ignores the line at the airport and the flight attendant takes his ticket instead of Deola's. So trivial, she thinks. Too trivial to be discrimination, though she still remembers it for some reason. She remembers also her very first audit after accountancy training. When she arrived at the front desk, the company's receptionist told her deliveries were through the back.

But then there is her friend Subu, who did accountancy training with her and has now risen to the corporate stratosphere. Can any of these small, remembered slights mean what Deola feels they must if someone like Subu has met with such fabulous success in a city like London? Does it mean Deola is imagining everything?

Her trip home to Ikoyi, the richest neighborhood in Lagos, does not bring any kind of certainty. Deola is a child of Nigeria's oil boom, a generation raised in fabulous wealth—they were educated abroad, spent their holidays lounging in clubs, but everywhere in their exclusive world are the signs of decay. No one likes to drive anywhere at night anymore—armed robberies are a serious threat, even in Ikoyi. Marriages crumble as everyone conducts affairs. The specter of disease and death hovers over every romantic encounter—AIDS is one plight against which even the powerful cannot adequately inoculate themselves.

This is a Nigeria Deola's American and British colleagues have no conception of. In charity work, Deola knows, things have to be simple. Someone has to be above and someone has to be below. There is no place for an experience like hers. Coworkers hesitate, then say "these people" when talking with Deola about the populations their charity benefits. They know that she is not one of them, though she is an African. Her prosperity is something they simply don't know what to do with.

Ultimately, it seems, wrong is done when complexity is ignored, however benevolently. Deola wonders if Anne, so eager to bemoan America's imperfection, thinks that "the rest of the world is incapable of transgressions." In the face of such simplistic guilt, Deola thinks of the checkered laundry bags still popular in Nigeria, emblazoned in the 1980s (when Ghanaian immigrants fell out of favor and were summarily kicked out) with "Ghana Must Go."

This same incendiary slogan serves as the title for Taiye Selasi's first novel. In Ghana Must Go, surgeon Kweku Sai dies barefoot of a heart attack on the threshold of his house in Accra. His history unfolds as the chest pains begin—a multitude of memories traversed in the forty minutes of his condition's progression. His scattered family, four children and a wife abandoned in the U.S. years before, hear the news one by one and begin the work of assembling in Ghana for his funeral: his ex-wife, Folasadé, who has just moved to a house she has inherited in Ghana; Olu, his eldest son, a doctor in Boston just like he was; beautiful Taiwo, who has dropped out of law school after years of academic success; Sadie, the baby, a Yale student struggling with bulimia and confusing sexuality; and Taiwo's twin brother, Kehinde, a famous artist whose family has not seen him in years.