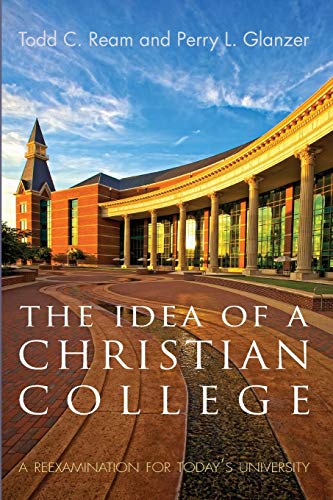 The Idea of a Christian College, Reexamined

A conversation with Todd Ream and Perry Glanzer

Why did you write this book now—and what's the conversation you're entering?

In many ways this book seeks to honor Art Holmes's legacy and the way he challenged our generation to think about the Christian college. His book The Idea of a Christian College (1975) was standard reading on many campuses and helped introduce students, staff, and faculty to the conversation about faith and learning and the implications of that conversation for the Christian college. However, a lot has changed since Art wrote this book.

To begin, many of those schools (as echoed in our subtitle) are now more aptly described as universities. As a result, they are growing in size, producing more research, and educating more graduate students. Such changes bring new challenges as well as new opportunities needing to be addressed.

We thus thought the time had come to reexamine the role that the Christian university now has as an agent of the Church, seeking to help all members of their community—whether they be students, staff, or faculty—fulfill their calling to bear God's image. We thus hope what we did was to simply extend what Art started and pass his challenge along to the next generation. In time, the students we serve will need to return to the key elements of Art's challenge and think anew about how it applies to the generation they are seeking to educate.

We would assume possible forms of federal intrusion are amongst the most widely recognized concerns. Most, if not all, schools are at least talking about ways to remove themselves from the possibility of declining religious freedom via the Affordable Care Act and/or the possibility of a report card as generated by the Department of Higher Education. Hopefully, Christian institutions realize the nationalization and centralization of American higher education policy has steadily increased and poses a substantial danger to the freedom of Christian higher education.

Among the unrecognized challenges, first and foremost we would note the problems growth poses to the unity and identity of many Christian universities. Given the rapid growth many schools have seen, the need to wrestle with the perils of the multiversity (or a campus that is fragmented in terms of how it operates) are real and present. As universities grow, the unifying function once served by chapel becomes replaced by large athletic events. Faculty members spend less time talking with colleagues in academic areas beyond their own and become absorbed in teaching students to be good professionals instead of good human beings and disciples of Christ. Student development administrators and faculty members share in fewer common endeavors such as conversations that reinforce the virtues of liberal education.

A related challenge is the rate at which almost all Christian institutions of higher learning have invested in distance/degree completion forms of education. While expanding access to underserved students is a moral imperative, that is not the overriding rationale many schools employ. Some simply desire wider circles of revenue. When you diversify your core function and have no greater reason for doing so than finances, your identity is on the line. One quick way to see this challenge is to compare the variety of ways a number of schools market themselves depending upon the student population they are trying to recruit. Some of those strategies, especially to distance/degree completion students, fail to even mention anything about the Christian identity of the institution.