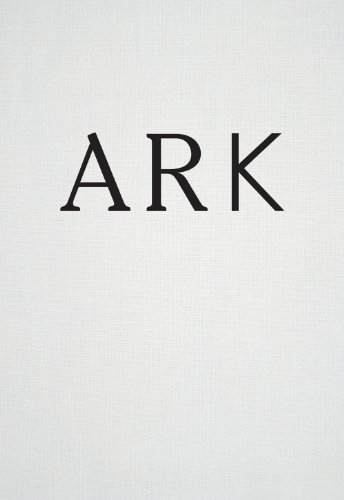 From ARK to Zhuangzi

Let ARK—the lovely new version of Ronald Johnson's long poem, edited by Peter O'Leary (who is himself a poet to reckon with) and published by Flood Editions—stand for the beginning of the year in books. Let The Complete Works of Zhuangzi—rendered into English and supplied with marginal glosses by the tireless translator and scholar Burton Watson in a handsome edition published by Columbia University Press, that great source of Asian texts—stand for the end of the year of the books. That both were published this fall (not at the beginning of January and the end of December) makes no difference.

In the notional space marked by these two, everything published in 2013 is encompassed. There is room here for glorious works of the imagination—like Walt Disney's Donald Duck Christmas on Bear Mountain, by Carl Barks (reviewed with great delight by Michael Robbins for the Chicago Tribune's weekly book journal, Printers Row)—and the unceasing flow of self-published projects, many of them so pitiful that even their cover-designs are depressingly incompetent, but a few of them memorable, immediately commanding the reader's attention. Whole shelves of new books on dementia and care-giving. The best I saw this year was a memoir by the poet Jeanne Murray Walker, writing about her mother: The Garden of Memory: A Pilgrimage Through Alzheimer's. Truckloads of books on the Civil War—including Allen Guelzo's brilliant Gettyburg: The Last Invasion—and middlebrow novels from the trade presses with twee titles that sound eerily similar to one another. Franchise writers as various as James Patterson and Alexander McCall Smith can be depended on for several new titles in any given year. They didn't disappoint in 2013, but we also got long-awaited books brought to completion, like Terry Teachout's Duke: A Life of Duke Ellington.

Much dreck appears every week, but there is also much to treasure, not only from the likes of Knopf and Norton and Farrar, Straus and Giroux (for which many thanks) and the indispensable university presses but also from small presses, coast to coast. Check out the list of Tavern Books, for instance—especially if, like me, you are always on the lookout for literature in translation. Their books are a pleasure to hold, too. If you enjoy the novella as a form—if you think not every work of fiction needs to be at least 400 pages long—you should look at the list of Black Hill Press, maybe starting with Alex Sargeant's Sci-Fidelity (which also has a great cover design). And earlier this year I celebrated the debut of Slant, the fiction imprint of Cascade Books presided over by Gregory Wolfe.

Then there are the reissues, starting with the NYRB Classics (including, among many goodies in 2013, Russell Hoban's Turtle Diary) but also ranging far and wide: from Text Publishing in Australia, for instance, imports of several novels by the crime novelist Peter Temple. And of course the splendid ongoing series of Radium Age Sci-Fi from HiLo Books.

Even as we look back at the year just past, we look ahead to the books of 2014: Hermione Lee's superb biography of Penelope Fitzgerald (published in the UK late this year, and coming out here in due course); a collection of essays by Muriel Spark; Michael Robbins' second book of poems, due in the fall; and much, much more. Astonishingly, so we believe and affirm, all this—however muddled or crystalline—calls out to be seen under the sign of a baby born in Bethlehem more than 2,000 years ago. Merry Christmas.