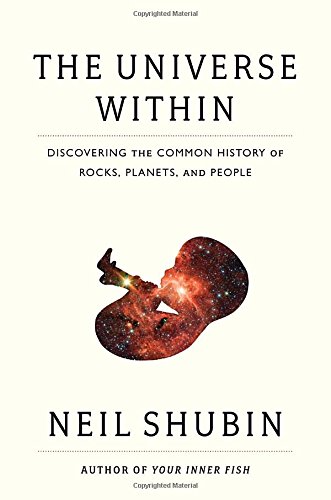 The Universe Within, Part 3

In the early 18th century, a clandestine manuscript surfaced that suggested the world was far older than the mere thousands of years Archbishop James Ussher had calculated using scriptural genealogies. Its anonymous author portrayed himself as a "French missionary" reporting the observations of an "Indian philosopher" regarding "the retreat of the seas, the formation of the Earth, and the origin of humans." But Parisian philosophes knew that the work, even before it was published as Telliamed in 1748, conveyed the views of its French author, Benoît de Maillet (1656-1738). Maillet observed sediments deposited by the slow retreat of the Mediterranean Sea from the North African coast. By his calculations, nearly two billion years were needed to account for the gradual formation of rock. Still more scandalously, Telliamed insisted that life itself emerged during that process of marine retreat and deposition—even humans descended from infusoria floating in primeval oceans.

Neil Shubin's The Universe Within follows, unknowingly perhaps, the trail first blazed by Maillet—enormous quantities of time, space, matter, and energy gave birth to the world we presently inhabit and make possible our very lives. Like his earlier book, Your Inner Fish, The Universe Within is fundamentally a high-spirited exposition of the search for homologies. Homology, the comparative anatomist Richard Owen explained in 1843, means "the same organ in different animals under every variety of form and function." In the wake of Darwin, we can say that the bones of a whale's flipper and the bones of a bat's wing are homologous because these organisms share a common ancestor in the distant past. In fact, this is the thrust of Your Inner Fish: certain anatomical features of the earliest land vertebrates led to peculiar aspects of our skulls and limbs. In The Universe Within, Shubin extends his homological exercise back to the Big Bang. Certain aspects of the basic forces unveiled within the very first moments led to specific physico-chemical properties that spilled out into stars and galaxies, the Solar System, our Earth-Moon system, and eventually us. The Universe Within begins by presenting the course details of the formation of Earth's crust, early poisonous atmosphere, magnetic signature and, finally, water. Over the latter chapters, Shubin slows the tempo to focus on our present continental structure, the rise of mammals, Ice Ages, and the appearance of hominids.

The Universe Within succeeds as an energetic, updated popularization of cosmology and paleontology, along the lines of Carl Sagan's Cosmos or the work of the late Stephen J. Gould. One certainly envisions Shubin reaching back to grasp the baton passed from these titans, but Shubin is not merely parroting their formulas. The Universe Within feels personal, almost a travelogue. This virtue can be a fault, however. Though, like Sagan and Gould, Shubin historically contextualizes how and by whom we came to believe what we now believe, his history of science lacks the philosophical introspection of his predecessors. While fun to read, The Universe Within feels far too settled, conventional.

Little of the scientific information conveyed in The Universe Within is controversial. Still less is truly novel. Three centuries ago, Telliamed questioned not only the conventional knowledge but the socially condoned sources for that knowledge: Maillet went to rocks instead of scriptures. Shubin reports on quarks, dark matter, and DNA—no controversy here. But Telliamed caused such a stir because it went beyond reporting. Maillet knew that cosmologies always implicitly address our own place within that view of nature. In fact, Maillet drew from the cosmology found in Lucretius' 1st-century BC work De rerum natura. For Lucretius, for Maillet—for Carl Sagan, in fact—there is always a notion that because the universe is a certain way, humans are a certain way and should act accordingly. Shubin's version of cosmology falls flat here. At most, The Universe Within leaves us with the insight that there is "something almost magical" about us sharing the physico-chemical structure of other living beings using the materials present at the beginning. But what, exactly? Electropop star Moby reminded us a decade ago that "We Are All Made of Stars." One hopes that after at least three hundred years of observations that humans stand at the end of an exceedingly long chain of physico-chemical events, our scientific experts can go beyond musicians' platitudes regarding why all this apparent homology matters.

Erik L. Peterson is an assistant professor in the history of science, University of Alabama