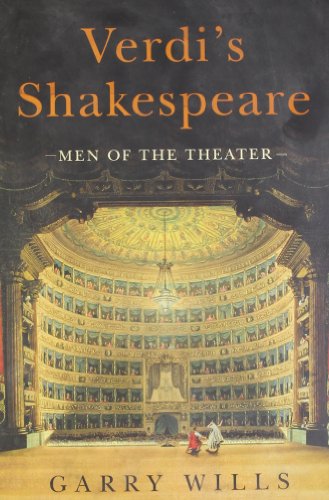 Heirs of His Invention

Late April is a time when one reliably hears a little more about Shakespeare than is common, and when otherwise normal people participate in various Shakespeare-themed activities, which serve to commemorate Shakespeare's (likely enough) birthday on April 23, 1564. Recent anniversary years have spawned noticeable events. The Robinson Shakespeare Club at Notre Dame sponsored a 24-hour read-a-thon, and for several weeks the Shakespeare Birthplace Trust, housed in the Shakespeare family home in Stratford-upon-Avon, invited lovers of Shakespeare to post YouTube clips in which they expressed or explained said love. In The Chronicle of Higher Education's "Arts & Academe" column last year, American poet Heather McHugh was the latest of the countless who have paid literary homage to Shakespeare: McHugh, the kind of inventive wordsmith and pun- and etymology-lover that would make an Elizabethan poet proud, composed her own sonnet with lines that were anagrams of corresponding lines in one of Shakespeare's sonnets.

It is strange, really, that Shakespeare's birth date remains such a rallying point. Walking by Capitol Hill Books in Denver, late one night last April, I noticed a sign in its window that listed "April 23" and said, above a sympathetic illustration with oversized head and quill prominently in hand, "Happy Birthday, Will," as if he might soon walk by, too, just a little behind me, and be touched by this show of thoughtfulness. The date has more broadly become a symbol of reading and culture generally. A few blocks away, at Denver's Tattered Cover Books, one of the better known independent bookstores in the country, a poster by the front door, making no mention of Shakespeare, still touted his birth date for World Book Night: "Spreading the Love of Reading Person to Person."

Shortly back in Chicago, I read at a local poetry event on a Sunday afternoon, and Shakespeare was everywhere there, too. One of my poems shamelessly riffed on some glorious lines from Measure to Measure, while another's verse echoed "What dreams may come," from Hamlet's "To be or not to be" soliloquy. Another poet wrote sonnets that began with the first two lines of Shakespeare's sonnets, and then created her own more modern-sounding arguments. When asked his name, yet another reader, an ornery older fellow, said without missing a beat, "William Shakespeare." Later, when I overhead that his name was Barry, he still insisted that it was Barry Shakespeare, which is what I proceeded to call him for the rest of the afternoon. It would please me greatly to know what William Shakespeare, that amiably enigmatic Warwickshire man who died nearly four centuries ago, would make of "Barry Shakespeare," and the rest of us echoers, in that charming café in Westmont, Illinois.

Of course Shakespeare's cultural presence extends far beyond the increasingly rarified attention of bookstores, or an admiring, emulating group of local poets. Shakespeare, somehow, always seems to turn up in small but definite ways in our stories of greatest national importance or interest. He haunts our public nightmares and inspires our breathtaking triumphs. For example, Eric Harris, one of the Columbine killers, liked to quote Shakespeare and Nietzsche. In a video he recorded shortly before the school massacre, he reassures his parents that they could not have stopped him, and then recites a line from Shakespeare that equates him with Richard III: "Good wombs have borne bad sons." The line also appeared in his day planner, in the square for Mother's Day. One classmate, interviewed in Rocky Mountain News, made it clear that she was not friends with the killers, but defended the violent stories they had shared in creative-writing class. "You write about what you want," she said. "Shakespeare wrote all about death."

At the other extreme, Shakespeare takes his predictable place as a fellow genius in Walter Isaacson's bestselling biography Steve Jobs. We learn how the young inventor's intellectual interests grew in high school, when he began to read Plato and Shakespeare. He was particularly fond of King Lear, apparently. Later, when Jobs was fired from Apple in the mid-'80s, he met with representatives at Oxford University Press to discuss the press's recently completed Shakespeare edition, which he wished to include in the new computer he was creating, NeXT. Jobs was already envisioning a world of digital books, and Shakespeare's complete works seemed like the ideal text to inaugurate that shift. "You will be at the head of the parade," Jobs told his OUP counterparts. And so the Oxford text was there when the NeXT system was unveiled in October 1988 in San Francisco's Symphony Hall. What we have done, Jobs declared that day, is make the first real digital book.