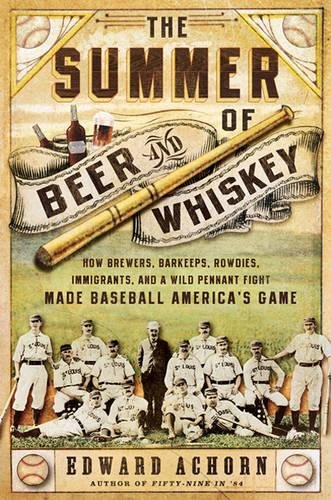 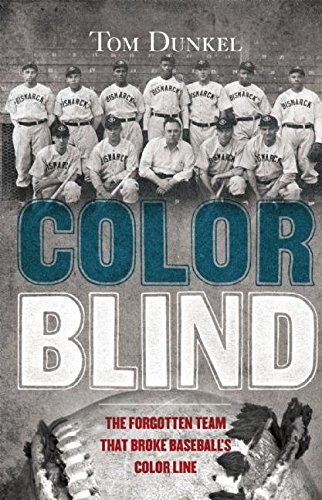 Editor's Note: For years now, Books & Culture has marked the beginning of a new baseball season with a piece by Michael Stevens. When the 2013 season got well underway with no word from Michael, some worried readers wondered if the tradition had come to an end. Never fear. This week, Michael tells us about two newly published books that I expect you'll want to acquire as soon as you finish his piece. And coming next week, his forecast for 2013.

On Opening Day of this year's baseball season, the windchill in Michigan was in the low 20s. Good thing the Tigers were in Minnesota, where the temperature for the mid-afternoon start had surmounted 30! In such circumstances, many a soul in the crowd (and the dugouts) likely harbored a secret desire for the return of the monstrous Metrodome—this grim spring weather creates odd longings. There have been a few afternoons of catch in the driveway with my son Gabe in the past month or so, but you can only retrieve an errant grounder from a snowbank so many times before the zeal is dampened. Likewise, a snowmobile glove on the throwing hand precludes any close work on the breaking pitches. Yet, this wintry spring has invited that useful auxiliary activity also important for season preparation—the reading of a fresh crop of baseball books.

Several new biographies and autobiographies have recently been released, so that you can trace the highly successful trajectory of Tony LaRussa's managing career (but who was designing those incongruous early-'80s White Sox uniforms?), revisit the reckless splendor of the '50s and '60s Yankees (and then, speaking of incongruity, into the founding of Fellowship of Christian Athletes) with Bobby Richardson, or follow the truly stirring journey of Jim Abbot and his ascent to stardom as a pitcher who just happened to have only one arm. Good stories, all. But lately the deep history of baseball, with all its outlandishness and obscure, runic meaning, has been my chief entry point, and so also this year. When I received my copy of Edward Achorn's The Summer of Beer and Whiskey, my excitement was twofold. First, I had read with great pleasure Achorn's previous book on the consummate 19th-century workhorse pitcher (Fifty-Nine in '84: Old Hoss Radbourn, Barehanded Baseball, and the Greatest Season a Pitcher Ever Had) and the fascinating "same yet different" world of baseball 130 years ago. Second, the title of this new book, which sounds like yet another Russell Brand memoir, has the value of intrigue, and the subtitle augments that sensibility: How Brewers, Barkeeps, Rowdies, Immigrants, and a Wild Pennant Fight Made Baseball America's Game. So much for pastoral visions of erstwhile cricketeers and townball picnickers! Now, Achorn set the standard high in his book about Old Hoss, whose multifaceted character unified that narrative, even as his unbelievable and shoulder-numbing pitching exploits in the 1884 National League pennant race propelled the book forward. The Summer of Beer and Whiskey is a more diffuse book, not quite centered, but with many of the strengths that Achorn previously wielded—especially a keen eye for the sociology of late 19th-century America and a willingness to follow the episodic and anecdotal into those quirky alleyways that make baseball history so compelling.

The narrative begins with, and returns frequently to, the figure of Chris Van der Ahe, a German immigrant and saloon owner in 1870s St. Louis who, in the interest of bolstering his beer sales, bought and refurbished an ailing ballpark and put together a new team under the old name of St. Louis Browns. Von der Ahe knew little or nothing about baseball (and during his long tenure running the team, his knowledge appears to have remained spotty), but his marketing scheme for working-class folk—tickets half the price of a National League game; baseball on Sundays, often the only day off for blue-collar laborers; and liquor sales as the scandalous but lucrative engine of the entire enterprise—transformed baseball into a sport for all classes. As Achorn puts it, "Von der Ahe made baseball a much more inclusive game; in a sense, he helped make it the American game."

But that most venerable of baseball institutions, the National League, was a sharp critic of this tipping of the economic and moral scales of the industry, so Von der Ahe and other rogue owners gathered in late 1881 in Cincinnati to form a new league, anchored by low admission price, Sunday baseball, and, since "the delegation was top-heavy with liquor interests," the presence of liquid refreshment at games (though that was not without contention). Thus, the American Association was formed, a seedier and more free-wheeling little brother to the National League, vying for fans in several of the same cities as the NL.