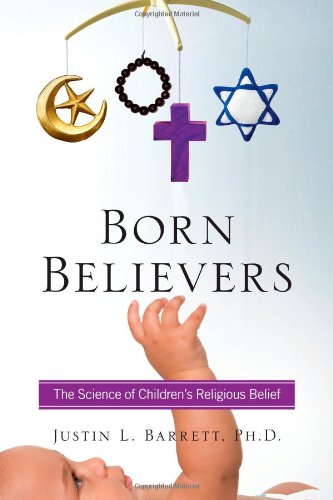 It once was widely but not universally accepted dogma that human beings—and indeed all creatures—were blank slates upon which experience could write without constraint through learning imposed by the environment. John B. Watson, the putative father of radical behaviorism, famously boasted that children could, at the whim of a smart programmer, be shaped in any direction whatsoever to any desired outcome.

Such environmentalism has fallen on hard times. A generation ago, animal learning studies established that various species were differentially "prepared" to learn certain associations and not others. The paradigmatic experiment demonstrated single-trial acquisition and permanent retention in rats of an association between a flash of light (think fire) and pain, and between a distinctive taste (think poisoned or spoiled food) and nausea; in contrast, no number of forced pairings across experimental trials could ever establish the opposite associations (of a flash of light with nausea, or of a distinctive taste with pain). The explanation was that evolution had equipped rats to be quick learners of the pain caused by fire and the dangers of eating poisoned or diseased food, and to avoid such. There was evolutionary advantage to being so equipped to learn efficiently the right lessons.

Further studies have established quite a number of such prepared inclinations in humans, from single neurons tuned to the recognition of faces, to the host of dispositions that abet maternal-infant attachment, to the readiness of humans to master language and utilize symbols. So pervasive are these findings that one of the big questions in the psychological sciences today is how much room Nature actually leaves for Nurture.

Barrett's helpful book explores what we might construe as the outer boundary (new atheists might call it the lunatic fringe) of explorations of such preparedness for learning—preparedness for belief in God (or gods) and the supernatural. He summarizes creative, sophisticated research establishing that in infancy, babies understand distinctions between mere objects and agents (human and non-human, visible and invisible) which initiate actions that are not predictable and yet are goal-directed or purposeful. Only agents act to bring order out of disorder.

Children over three begin to discern and attribute purpose to much of what happens around them, which they in turn are inclined to attribute to human and superhuman agents. When children are old enough to actually discuss their intuitive concepts of god(s), they seem normatively disposed to believe in a (or many) divine agent(s) possessing "superknowledge, superperception, creative power, and immortality," as well as to believe in a purposeful design to creation, in some sort of basic universal morality, and in the persistence of human identity after death.

Roughly the first 40 percent of Born Believers summarizes this research, while the remaining portion fleshes out its implications. Barrett's view of religious development is that "children are naturally drawn to some basic religious ideas and related practices (natural religion), and then the meat of a religious and theological tradition as taught by parents grows on this skeleton." He discusses trends in the research that might foster effective religious education.

Barrett rightly acknowledges that these scientific findings do not prove God's existence, nor the correctness of any particular religious system over others. But he asks how we can make sense evolutionarily of a preparedness to understand the world in certain ways unless that view of reality abets human flourishing. And if God really exists and made human beings with the capacity to know him, isn't it logical that we would find ourselves tuned to detect his existence? Such logic was a staple of C. S. Lewis' apologetics:

A man's physical hunger does not prove that a man will get any bread; he may die of starvation on a raft in the Atlantic. But surely a man's hunger does prove that he comes from a race which repairs its body by eating and inhabits a world where eatable substances exist. In the same way, though I do not believe (I wish I did) that my desire for Paradise proves that I shall enjoy it, I think it a pretty good indication that such a thing exists and that some men will.

Of course, counter-arguments are possible. Freud's view of religion as father-projection to ward off anxiety works when the premise is that God does not exist, but so does the positing of father-rejection when the premise is that God does exist; so also atheists can argue that, while evolutionarily established proclivities may have fostered flourishing (survival and genetic propagation) under certain environmental conditions (agent-detection applied to vigilance for predators in risky environments), those same proclivities may betray us when misdirected towards end at variance with their original environmental niche (looking for the super-agent that does not exist).

Born Believers is a well-written introduction to a new area of exploration—so new, in fact, that at times I felt Barrett was skating pretty far out on thin ice, scientifically speaking, in his extrapolations for religious education and social policy. Yet I also found myself comfortable theologically with those extrapolations. Nicely balancing engaging illustrations with understandable summaries of research studies, the book will make provocative reading for religious educators, developmentalists, and anyone interested in the public debates about the existence of God.