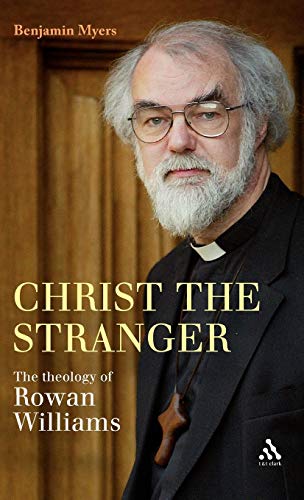 But by the same token, perhaps there are seasons in the church's earthly pilgrimage in which a theology of Lent requires special emphasis. Maybe the low notes of penitence and apophaticism need, at times, to be sounded more than do the joyous strains of Christmas or Pentecost. If our time is indeed, as Charles Taylor has dubbed it, "a secular age" in which the shiny promises of prosperity and certainty have become impossible for many would-be believers to accept, then perhaps we need a Lenten theology as an antidote. Perhaps we need to be reminded of the difficulty, and not just the clarity, of the gospel we preach. If so, there's no better Lenten theology than that of Rowan Williams. And for an introduction to that theology, I can't imagine a better guide than Myers.

Wesley Hill is assistant professor of Biblical Studies at Trinity School for Ministry in Ambridge, Pennsylvania. He is the author of Paul and the Triune Identity, forthcoming from Eerdmans, and he is currently at work on a book about the theology and practice of friendship.