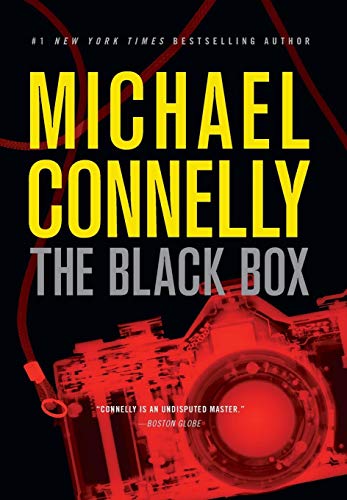 Light in the darkness.

On April 29, an all-white jury had exonerated four cops who, a year earlier, had been videotaped savagely beating African American motorist Rodney King. Enraged at the verdict, Angelenos took to the streets, torching cars and buildings, assaulting bystanders, looting and shooting. Michael Connelly was there:

By the third night … South Central was a war zone. Fires burned everywhere. Looters moved in packs from storefront to storefront, all semblance of dignity and moral code gone in the smoke that rose over the city. The gangs of South L.A. stepped up to control the darkness, even calling for a truce to their internecine battles to create a united front against the police.

More than fifty people had died already. Store owners had shot looters. National Guardsmen had shot looters, looters had shot looters, and then there were the others—killers who used the camouflage of chaos and civil unrest to settle long-held scores that had nothing to do with the frustrations of the moment and the emotions displayed in the streets.

Although Connelly was a crime reporter for the Los Angeles Times at the time of the riots, that description wasn't in the newspaper. Rather, it is the opening scene in his newest book, The Black Box, Connelly's 25th crime novel and 18th book featuring LAPD Detective Hieronymus "Harry" Bosch.

Harry Bosch fans, it's time to pour yourself a Fat Tire (one of Bosch's favorites), put Art Pepper's "Patricia" (Bosch's birthday gift from his 16-year-old daughter, Maddie) on your iPod, and settle down for an engrossing read. If you haven't yet read any of the Harry Bosch books, that's OK too. You can start with this one and pick up the others later.

Like Connelly, Bosch was in the thick of things that bloody May night 20 years ago, constantly being dispatched to "wherever a body turned up." And bodies were plentiful—53 deaths in less than a week, 22 of them still "open and unsolved." One of those bodies belonged to Anneke Jespersen, a Danish journalist who had no apparent reason to be in south-central L.A. She was killed with a point-blank shot through her right eyeball. Her killer had never been found.

Fast-forward to 2012. Bosch, now 62, is working in the Open-Unsolved Unit. With the anniversary of the Rodney King riots coming up, the chief wants to clear a few old cases. Bosch, who has been haunted by the Jespersen case ever since he was forced to leave her body in the alley where she was shot, takes it on.

Murders that aren't solved within 48 hours are rarely solved at all, but Bosch likes a challenge. Somewhere, he's convinced, there's a "black box"—the "one thing that brings it all together and makes sense of things." At first all he has to go on is a bullet casing he picked up at the scene back in 1992, but that's a start.

Can he find the missing gun? Can he figure out who used it? The victim was a reporter—was she murdered because of something she had written or was going to write? What happened to her notes, her equipment? And what, if anything, does Desert Storm have to do with her murder? Bosch follows every lead while ducking calls from his careerist supervisor, Lieutenant O'Toole, and pressure from the chief of police, who for political reasons wants Bosch off the case: Anneke Jespersen was white, and the chief wants his department to give preference to African American murders.

This is vintage Harry Bosch, and not just because he is now 62 years old and working on the Deferred Retirement Option Plan. He knows his contract can be easily revoked if he runs afoul of authorities, but, true to form, he forgets to play nice. O'Toole, his nemesis, is half right when he says "in a low, venomous voice":

"You are the worst kind of police officer, Bosch. You are arrogant, you are a bully, and you think the laws and regulations simply don't apply to you …."

"You left something out, Lieutenant," Bosch said … "You forgot that I close cases."

Bosch knows he'll never close this case through official channels, not with O'Toole gunning for him, and especially not after he threatens his boss with a formal complaint. So he does an end run around O'Toole, asks for a week's vacation, rents a vehicle that vaguely resembles a cop car, and heads out in search of suspects. And that's when this police procedural turns into a thriller.

Harry Bosch would be a typical hardboiled detective—Raymond Chandler is one of Connelly's favorite authors, and it shows—if Connelly didn't do something with him that Chandler never did with Philip Marlowe: he makes his protagonist deeply, achingly human. The Black Box is about finding a killer, but it's also about Bosch's life outside work. It's about parenting a teenager while feeling like he's doing everything wrong. Loving a woman yet hesitating to let her into his personal space. Looking for people who will accept him but always being disappointed. And always, always fighting the darkness within and without, knowing that "if he waited, somehow he would see, that there was lost light in all places of darkness, and if he found it, it would save him."