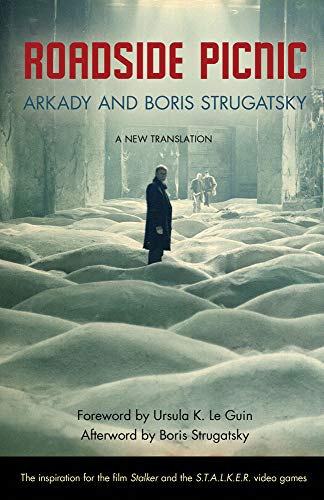 As a mathematician who also reads (and even translates) fiction, have you encountered some novels featuring mathematics & mathematicians that you especially enjoyed (or that seemed egregiously bad)?

I can't say I've read too many novels featuring mathematicians. I've read a number of biographies, but that's something different. Maybe I'm just forgetting some obvious examples—can you think of some yourself?

It's funny: the last few years, there have been a number of novels in which mathematicians figure prominently. Most of them, to be honest, haven't been very good. One I greatly enjoyed is The Housekeeper and the Professor, by Yoko Ogawa (translated from Japanese).

I should try reading The Housekeeper and the Professor then—there's clearly a gap in my education! I was trying to come up with books featuring mathematicians, and I realized that I could think of lots of books where there's a throwaway line about a character studying mathematics, but usually just as code for "this person is smart" or possibly for "this person is smart and strange." I suppose a particularly amusing example would be Professor Moriarty from the Sherlock Holmes stories.

Now that Roadside Picnic is out, are you thinking of translating something else? (I hope so!)

Yes, I'm definitely thinking of translating something else. I will most likely do another Strugatsky book next, but we haven't decided which one yet. We'll probably choose one fairly soon, and then I'll get started; I'm looking forward to it. Of course, Roadside Picnic is doing so well that my expectations are now probably far too high.

Thank you. I'll be looking for the next book.

If, as I hope, you decide to check out Roadside Picnic and end up reading it, you might take a look at a related book published earlier this year: Zona, Geoff Dyer's scene-by-scene reading of Tarkovsky's Stalker. It's a willful book, loaded with digressions and provocations, but it's never boring. You might also enjoy Stanislaw Lem's long essay "About the Strugatskys' Roadside Picnic," the concluding piece in his book Microworlds: Writings on Science Fiction and Fantasy.