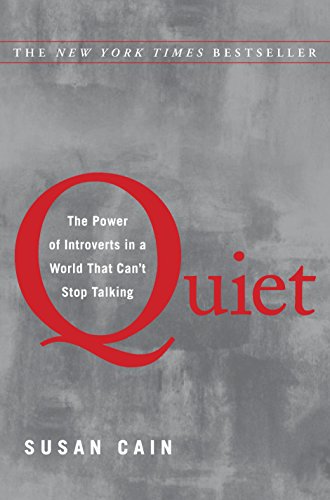 As a teacher and a student—two self-avowed introverts—we thought Christian academe would prove the ideal setting to live out our respective vocations. On one level, that belief has proven true. College campuses provide a wide array of spaces where we can hole up, read, think, and write. But on another level … what were we thinking? We are evangelicals and, at times, the DNA of our brethren seems hopelessly extroverted. For example, we appreciate the fact that so many of our friends genuinely want to know how God might be speaking to us at a given time. We have also felt the compulsion (albeit restrained) to respond by saying something like "I don't know. I can't hear God's voice when you keep talking."

On the surface our appearances are likely deceiving. One of us teaches and thus (you could say) gets paid to talk for a living. One of us is a member of the college cheerleading squad and is thus part of a group that would seem to tear at the very fiber of an introvert's being. These roles are not only ones we took on out of a love for those respective activities but also part of how we thrive in this Club Med for the intellectually gifted yet shamelessly verbose.

Thanks to Susan Cain, we learned we are not alone. The author of Quiet: The Power of Introverts in a World that Can't Stop Talking, Cain is a former corporate attorney now committed to defending the rights of her fellow introverts. Her book is a testament to this cause, and we are pleased to refer to ourselves as beneficiaries of her efforts. Although we read this book almost immediately after its release, we were not her first clients. Cain was, in fact, her own first client. Despite a lack of underlying reflection upon the diversity of what it means to be human, her book is a refreshing mix of social analysis, self-help musings, and memoir. Anyone living under the heel of the Extrovert Ideal should take up and read Quiet.

Many readers of Cain's book may be surprised to learn they are not alone in their search to find success and fulfillment apart from constant interaction with other people. In her introduction, Cain suggests that between one-third and one-half of Americans are introverts—a claim that will startle readers of both persuasions. How can this be so? Most Americans, Cain explains, live under the Extrovert Ideal, which devalues the societal roles of introverts and assumes they are weaker and less competent: "We're told that to be great is to be bold, to be happy is to be sociable. We see ourselves as a nation of extroverts—which means that we've lost sight of who we really are."

As a result, introverts are routinely ashamed of their personalities rather than confident in their unique abilities, causing them to adapt their behavior to resemble their more outgoing coworkers, family members, and friends. The constant pressure to feign extroversion leaves many introverts exhausted, discouraged, and less effective in reaching their potential for success. Through personal reflection and presentation of research, Cain combats society's prejudices against introverts. She helps them reclaim their identities and recognize their value as indispensible members of society who exhibit "soft power" through listening, contemplation, attentiveness, persistence, and self-discipline.

Cain's intriguing argument is enhanced by the rhetorical strategies she uses to present her evidence and draw conclusions. Though Quiet is a well-developed book containing eleven sizeable chapters, Cain's skillful combination of research, stories, and memoir-like reflection keeps it engaging throughout. Her book is divided into four sections, beginning with an explanation of the history, development, and problems associated with the emergence of the Extrovert Ideal. Next comes an exploration of the psychological and philosophical questions associated with temperament, as well as a study of how differences along the introversion-extroversion spectrum have significant affects on American government and business. The third section discusses Asian Americans and their unique exemption from the Extrovert Ideal, which is followed by a final portion that helps introverts learn how to harbor their skills, thrive in a highly extroverted culture, and communicate effectively with people of all temperaments. Cain's nearly seamless integration of factual information with personal evidence and careful reflection enables her to cater to readers with a wide range of background knowledge and motivations for reading her book.

For many Christian readers, Cain's discussion of American evangelicalism will be particularly relevant: as a subculture, evangelicalism is characterized by zealous leadership and a drive to unashamedly witness to non-believers. Introverted believers in evangelical churches may become intimidated by this bold prerogative and question their identity, as well as their ability to perform their duties to God and the local church. In Chapter 2, "The Myth of Charismatic Leadership," Cain highlights Pastor Rick Warren's Saddleback Church in Lake Forest, California, as a prime symbol of American evangelicalism. Describing the large community and vibrant atmosphere prevalent in churches like Saddleback, Cain sympathizes with introverted attendees who are uncomfortable in such highly public worship environments. In extreme situations, she argues, some introverted Christians feel attacked by vehement evangelicals who suggest that "if you don't love Jesus out loud, then it must not be real love." Cain never condemns evangelical churches or their leaders; her attitude is respectful toward the purpose and inherent value of these epicenters of the evangelical movement. She does, however, help readers recognize and address the guilty feelings that may arise for those naturally inclined to worship in a more intimate and reflective environment, and she helps negate the common notion that godliness and high sociability go hand-in-hand.