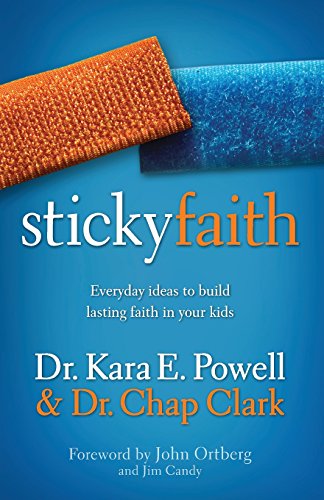 My low point as a youth pastor came years after I quit.

It happened when I decided to look up a few of my former youth group members on Facebook. Moments later, thanks to the magic of social media, I was perusing the online lives of young adults I once corralled into a gymnasium as teenagers each Friday night.

If I'd had any illusions of lasting success, Facebook did them in. The first person I looked up had been a solid Christian kid. Went to Christian school, sang on our worship team. Now her Facebook account looked like an advertisement for "Girls Gone Wild." Granted an online profile isn't a perfect gauge of spiritual health, but I was saddened by what I saw.

Next I looked up one of the boys, a shy, smart kid who read C. S. Lewis over summer break. Surely he'll still be walking the straight and narrow, I thought. Well, he was, but it was a very different kind of straight and narrow. His favorite book was The God Delusion. Under "People who inspire" him, he listed Richard Dawkins. His religious views? "Anything that stands up to scientific scrutiny."

There were some who seemed to maintain their faith—including a couple I was sure would be goners—but overall the trend was one of relentless attrition.

Unfortunately my experience is hardly unique. Depending on which study you trust, anywhere from 50 to 80 percent of young Christians will leave the church in their twenties. (Some scholars contest these findings, but that's an argument for another day.) A large-but-harder-to-determine number leave the faith altogether.

Sticky Faith: Everyday Ideas to Build Lasting Faith in Your Kids is a response to this trend. Where most books on the topic have been focused on describing the exodus, Sticky Faith offers comprehensive advice on how to stem the tide.

Authors Kara Powell and Chap Clark based the book on the findings of "The College Transition Project" a series of longitudinal research initiatives conducted by the Fuller Youth Institute, where Powell is director. As the project's name suggests, the studies examined the spiritual beliefs and practices of young people as they transitioned from high school to college. The findings were grim: "40 to 50 percent of kids who graduate from a church or youth group will fail to stick with their faith in college." The conclusions are even more disturbing given the fact that study participants were active youth group members and drawn mostly from "intact families."

As helpful as the findings are, Sticky Faith is unlike recent scholarly works on the topic such as Souls in Transition and Almost Christian. The research is described in detail in two appendices, but only alluded to throughout the book. Instead Sticky Faith employs accessible prose and practical tips to inspire and equip parents wanting to foster lasting faith in their children and teens. Powell and Clark are academics and youth ministry practitioners, and it's clearly the latter role that dictates the book's tone and content. They are explicit about this tack, "convinced that simply crunching numbers about students' experiences will leave us splashing around in the shallow end." They intersperse their tips with quotes from real-life teens wrestling with faith. To ground their conclusions the authors also invited 12 churches from around the country to implement their advice and serve as "diverse incubators for Sticky Faith ministry." The resulting conversations with parents formed the basis for the "practical parenting ideas" the book sets forth.

Some of these ideas are hardly surprising: "Respond with grace when your child misbehaves …. Treat each child as an individual …. Model a relationship with God." Excellent reminders, but not exactly breaking news. Other suggestions are less obvious and more interesting. Powell and Clark counsel parents to encourage children to air doubts and misgivings about faith, arguing that "if our kids can't externally express these tough questions, they may internally fester and become toxic." They even urge parents to be open about their own doubts, contending that parents who talk about "doubts and struggles" can instill a "richer faith" in their children.

At church they advocate mentoring, rituals, and intergenerational worship to nurture and reinforce nascent faith. They also emphasize service and justice work for young people, with one surprising caveat: participation in short-term mission trips seems to have little impact on producing long-lasting faith. According to Powell and Clark, service fosters "stickier" faith when performed closer to home.

Toward the end of the book, the authors prescribe building a "sticky bridge out of the home." Powell and Clark are wise to focus on this decisive transition, particularly the crucial first two weeks of college, which they say often sets the trajectory for the entire college experience. Powell and Clark warn parents against going "radio silent" during this time and offer shrewd tips for helping kids plug into faith communities early on.