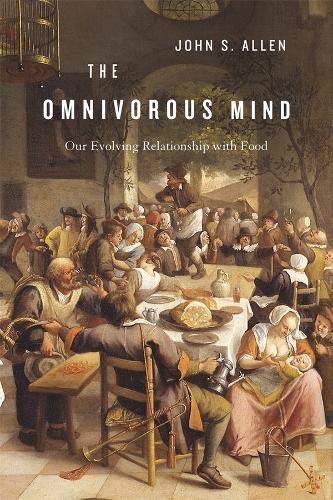 In the 2007 animated movie Ratatouille, Django, father of the rat-who-would-be-chef, tells his son, Remy: "Food is fuel. You get picky about what you put in the tank, your engine is gonna die. Now shut up and eat your garbage." But Remy can't let go of his fascination with humans—and, especially, their ways with food: "they don't just survive, they discover, they create … just look at what they do with food!" Indeed, what we do with food sets us apart from every other creature; for humans, eating is much more than filling "the tank" with fuel: "foods are cultural objects invested implicitly and explicitly with meaning and significance beyond their nutritive value," writes John S. Allen, a neuroanthropologist working at the Dornsife Cognitive Neuroscience Imaging Center and Brain and Creativity Institute at the University of Southern California. His most recent book, The Omnivorous Mind, suggests that humans have a theory of food; that there are "evolutionary, cultural, and neurocognitive underpinnings" to what we eat, why, how, with whom, and when that are as much a part of our minds as, for example, the instinct for acquiring language.

Why, for example, do we like crispy food? Allen argues that we have an instinct for crispy foods that's traceable to our evolutionary history: crispness signals freshness in raw plants; in cooked foods, crispness is usually the result of what food science refers to as the Maillard reaction (what we might more commonly call browning or caramelization). Cooking intensifies color, flavor, and caloric density, all of which would have been rewarded evolutionarily.

But evolutionary biology does not offer an exhaustive account of food preferences. Accounting for the pleasure of eating, writes Allen, does not mean "ascribing a certain portion [ … ] to biology and another portion to culture"; rather, the answers are to be found "in understanding [pleasure] as a complex product of these combined histories." Crispy foods make noise when we chew them, and we like that too; because they take longer to eat, they resist "habituation,' that point in eating after which a food no longer excites us. And the pleasure of eating crispy potato chips derives in part from the "frisson of illicit pleasure" of eating a junky snack in a "hectoring, contradictory nutritional culture."

Crucial to Allen's argument is the idea that humans are more than omnivores: we are superomnivores; we exercise a certain "cultural capriciousness" in deciding what (or what not) to eat that's not really to our advantage in terms of survival. Consider the story Jonathan Safran Foer tells in Eating Animals. As his grandmother fled the Nazis, she was starving and was offered some pork by a Russian farmer:

One aspect of superomnivory, then, is the universal cultural tendency to classify foods into categories (see the Seussian-titled Chapter 6: "Good Food, Bad Food, Yes Food, No Food"); as with the Old Testament dietary laws, such distinctions have more to do with complex social assumptions "involving status, kin, and identity" than "nutrition and body maintenance." While pleasure and that which contributes to our flourishing motivates our eating behavior, each individual's theory of food is also shaped (probably during a critical period in childhood) by social contexts. This is just one of the reasons why adopting a new diet is so difficult and usually doomed to fail: it's like learning a new language, Allen suggests, except more so: changing your "theory of food" entails not just an addition or an alteration but a replacement. He may be overstating the case here, but point taken: changing foodways is hard (see Acts 10).

Allen's evolutionary focus grows weakest in the chapter on creativity (Chapter 7: "Food and the Creative Journey"); it's hard to account for what culinary creativity is good for in an evolutionary sense, beyond the initial creativity and ingenuity involved in cooking food and pairing it with other foods, creating a pleasurable taste 'synergy' (another aspect of human superomnivory). But after a certain point, creativity with regard to food carries with it certain risks. Evolution would seem to favor the maintenance of strong culinary traditions: soaking corn in lime to make it more digestible, eating the cooked stalks (but not the leaves) of rhubarb, naming a certain poisonous mushroom "death-cap." A kind of dopamine reward/motivation system might be "involved" in culinary creativity, suggests Allen, but I suspect that more compelling explanations for the culinary arts might be beyond the purview of hard science.