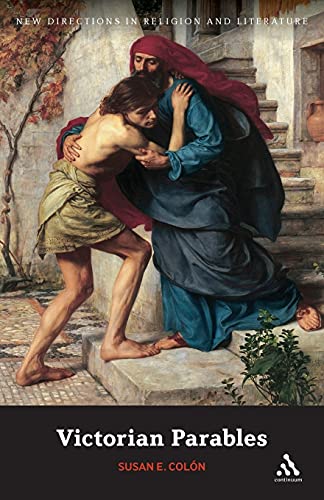 Editor's note: Susan E. Colón, the author of the book under consideration here, died before this review could appear. I asked Timothy Larsen of Wheaton College to remember her. His remarks precede Richard Gibson's review.

Susan Colón's battle with cancer ended with her death on June 24, 2012. I did not know her well, but I will miss her. She taught Literature in the Honors College at Baylor University. I have recently written in Books & Culture about my frustrations with the work of some literary scholars. Susan, in complete contrast, was an inspiring, insightful scholar whom I learned much from. I had hoped to continue to learn from her for decades to come. I had even recommended that she be invited to speak at Wheaton College's literature conference this autumn.

Susan was enormously encouraging to fellow scholars. The last thing of hers I happened to read was a kind review of my most recent book which was published in the current issue of Fides et Historia. Exactly a year ago, I was on a family holiday in Scotland, finally making it all the way to Iona. I carried with me the manuscript of Susan's most recent book, Victorian Parables. It is a truly fine piece of scholarship. Not only would other literary scholars profit from reading it, but so would historians, theologians, and biblical scholars. Any pastor wondering how to preach Christ's parables would do well to read her discussion of what a parable is and how it achieves its affects.

Susan was also a model Christian intellectual and a wise presence in the ongoing and ever-shifting task of integrating faith and learning. It is no easy feat to get Athens and Jerusalem to work together as sister cities. Susan wrote a book at the highest standards of scholarship which was also edifying. I was delighted to be able to write an endorsement for it. I told her secular publisher that they were free to alter my words, and they cut the last sentence, I suspect because the Jerusalem accent was a bit too thick. It said: "Colón's judgments are so just and compelling that one is tempted to say that she has the spiritual gift of discernment."

When I learned of Susan's death I was trying to write something about the life and legacy of Dietrich Bonhoeffer. I went from reading about one life to the other and both times I read that they had died at the age of 39. A few months before his death, Bonhoeffer wrote these words: "It all depends on whether or not the fragment of our life reveals the plan and material of the whole. There are fragments … which can only be a divine work …. If our life, however, remotely, reflects such a fragment … we shall not have to bewail our fragmentary life, but, on the contrary, rejoice in it." Susan's life was a divine work.

Asked to name the "most touching story in all literature," Charles Dickens is reputed to have replied, "The story of the Prodigal Son." This anecdote exists in several variations (in another version Dickens identifies the parable as the "greatest short story") and is likely apocryphal. Yet its persistence may be attributed to more than just its usefulness to the preachers and Sunday school teachers who have been among its primary broadcasters since the late 1890s; the anecdote also succinctly captures a truth about the author, the admiration for the parables that his writings public and private manifestly convey. This was apparent to contemporary readers, including A. P. Stanley, Dean of Westminster Abbey, who took the parable of the rich man and Lazarus as his text for his celebrated funeral sermon for Dickens in 1870. The newest resident of Poets' Corner, the dean argued, was not only a venerator of the parables but a purveyor of them, his novels representing "modern human Parables" that transmitted the spirit of the biblical originals.

In Victorian Parables, Susan Colón reveals that the august dean was in one respect more right than he knew: Dickens was not alone among his Victorian authorial peers in dynamically interacting with the parables in his fictions. At the same time, Colón also demonstrates that a host of literary critics and biblical scholars, Dean Stanley included, have failed to appreciate how parables work in the first place and to what effect Victorian authors make use of them. The larger series of which this book is a part—Continuum's New Directions in Religion and Literature—bills itself as offering "a timely critical intervention to the interdisciplinary crossover between religion and literature." Colón's book exemplifies this ambition, proving equally adept in its recounting of and responding to the variety of approaches to the parables offered by biblical scholars such as Dan O. Via and John Dominic Crossan and literary critics such as Frank Kermode and J. Hillis Miller. Colón is particularly concerned to demonstrate how shabby and often nebulous definitions have pernicious consequences for studies of both synoptic and extrabiblical parables.