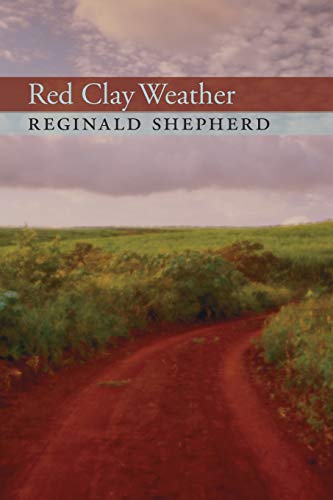 Reginald Shepherd was one of those rare figures whose difficult childhood, which should have thwarted any great accomplishment, spurred him on to exactly that. Born in 1963 and raised mostly in the Bronx by his single mother, Shepherd oscillated between inner-city public schools and, funded by scholarships and government support, private, posh day schools. Ostracized at the former for being smart and at the latter for being "poor and black," his early experience of the world was one of estrangement. "Even when I found someone whom I thought actually understood me," Shepherd would later write, "I would always eventually come up against a wall between us." This sense of being lost in a world in which he did not belong was compounded by his mother's early death. She was his sole attachment to the physical world beside books, and when she died, Shepherd would later write, "the world ended." He was fifteen at the time.

Enamored with poetry since the ninth grade after reading T.S. Eliot's "The Love Song of J. Alfred Prufrock," Shepherd would eventually complete an undergraduate degree at Bennington College and two MFAs—one at Brown and another at Iowa. He went on to write five collections of poems before he died of cancer in 2008.

His work was first recognized by Carolyn Forché, winning the Association of Writers and Writing Programs' Award in Poetry in 1993. Dense, complex, playful, and steeped in Western mythology, this first selection of poems, Some Are Drowning, would also win the "Discovery"/The Nation award, announcing Shepherd as a major poetic talent. His next volume of poems was Angel, Interrupted in 1996, followed by Wrong (1999), Otherhood (2003) and Fata Morgana (2007).

In these volumes, Shepherd attempts to transform his overwhelming sense of alienation into temporary reconciliation by creating a "mythology" of himself and his relation to the world. In the opening sequence of poems in Fata Morgana, he is Orpheus to his mother's Calliope. His stunted interest in astronomy regains a central space in his poems, and moments of loss or suffering—the squalor of the Bronx apartment, missing maternal and paternal affection, nightmares—are redeemed in his work by virtue of their inclusion in something beautiful: the poem itself.

This effort to transform his broken life through art continues in the posthumous collection, Red Clay Weather. Addressing both the reader and himself, he writes in "Along with Whatever Has Not Yet Been Named": "Take if you will this improbable boy":

Take if you will this boy made out
of wish and will-not-ever-be, made out
to be something he's not, breeze
through the trees. Puzzle his riddling
skin, his irrigated desert
body couched in eroding
mountains. Ride out the rustling sibilants
and make a man into an effigy:
of summer skin, the last exemplar.

This transformed "summer skin," this "effigy," is the beautiful myth of the poet's identity and his belonging in a world that is part of himself. Poetry begins "in the midst of things / that split or burn or tear the skin," Shepherd writes in "Days Like Survival," transforming "this elegant, unkempt earth / of rust and dust, smashed cat and armadillo / roadkill," into a Baudelarian "fine scum."

Water, one of Shepherd's favorite symbols, is a recurring image in Red Clay Weather. Like poetry, it is both a destructive and constructive force, eroding and shaping the landscape—in Shepherd's words, "framing" the raw "facts" of the material world. "Air's violent / poetry," Shepherd writes in "Seize the Day," "is saturated with salvation / and heavy rains, silt fills the mouth / instead of words, settling into red clay gullies / erosion scrawls down mobile / slopes."

And water's reflection, like art's, can both awaken us to the beauty of our surroundings and tempt us into Narcissistic self-absorption. As Shepherd writes in "Narcissus Before the Rain," "The carriers of water bring their own / extinction. He tried to think his way through / himself, there wasn't any person deep enough." Water cleanses, shapes, and destroys.

Shepherd's view of poetry as mythology, like Wallace Stevens', suffers from a theoretical problem both Stevens and Shepherd recognized. For Stevens, while poetry is the "supreme fiction," it is also always inorganic, lifeless. This is the lesson of "Anecdote of the Jar," where the poet places a jar—the primordial artifact—on a hill in Tennessee, providing order to the otherwise "slovenly wilderness," which rises up to it "no longer wild." Yet, while the jar takes "dominion" of the wilderness, the rub is that it does not "give of bird or bush, / Like nothing else in Tennessee."

Shepherd identifies this same problem in his essay "Why I Write": "I have a strong sense of the fragility of the things we shore up against the ruin which is life: the fragility of natural beauty but also the artistic beauty, which is meant to arrest death but embodies death in that very arrest." This is the "aporia of art."

How to avoid this impasse? This is the second preoccupation of Red Clay Weather. One could make the case that art's ability to "redeem" alienation reflects Christ's actual redemption of the world. In Dostoevsky's The Idiot, the naïve, innocent Prince Myshkin states famously that beauty will "save the world." While the phrase is somewhat enigmatic, the beauty to which Myshkin refers is neither the human beauty of Aglaya nor the man-made beauty of art but rather the divine beauty of Christ. Christ endured "infinite suffering" to transform the chaos of our sin in his death and resurrection into ordered righteousness. And unlike beautiful art—which, in Shepherd's words, always "kills,"—Christ is risen.

In "God-With-Us," the final poem of Red Clay Weather, Shepherd compares Christ, whose birth is announced by a star, with the mythologies of the Greco-Roman gods, whose own stars populate Shepherd's poems:

What will I call you
when you are gone?
How will I know your name?
Little star, reflection
on the Sea of Galilee,
a lantern in the wood, half-hid,
half-seen?
reflecting on what can't be
touched, be known?
***************************
star of milk, star of a
nursing child's mouth, my
child, my lord, whoever
you may be today, tonight
which will not end, a cup
passed to me, from which I may
or may not drink, half-empty
star, still asleep by now?
And your small body, Emmanuel,
(how small my heart
to fit inside yours)
lies there, pearled, asleep …
How I want to believe.
(a pearl, an irritant).

Of his early attraction to mythology, Shepherd wrote: "Those myths' world of power and beauty and force corresponded much more to my sense of the world ruled by arbitrary powers answerable to no one than did the ethical prescriptions of Christianity, whose threats were always more believable than its promises, and whose insistence on a world ruled by law and justice and a moral order bore no resemblance to the world I suffered every day." Yet in this poem that concludes his last book, the cold power of mythology's gods is contrasted with the humble power of grace. Here we have a God who descends to man, becoming a weak, suckling child, in order to save. This God is indeed different from the cruel, misanthropic Greco-Roman gods of pure force. In this final poem, Shepherd captures the essence of what makes the "star" of Christianity unlike the mythical "stars" of the Greco-Romans. And it is something that both attracts and repels Shepherd. It is "a pearl, an irritant."

Robert Philen informs us in his introduction to the volume that Shepherd wrote this poem "in late August 2008 from his hospital bed, about two weeks before his death." It was around this time that Shepherd was also baptized into the Episcopal Church. It is difficult not to lament the poems he might have written following this conversion, if it indeed was a true turning. What insights might the language of faith have opened up for a poet with Shepherd's sensibilities? Yet, what he left us are hard, gem-like poems of a precocious, God-haunted boy from the Bronx—a beautiful gift, nonetheless.

Micah Mattix is assistant professor in literature at Houston Baptist University and the review editor of The City.