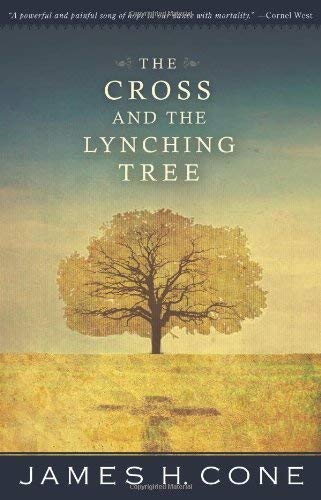 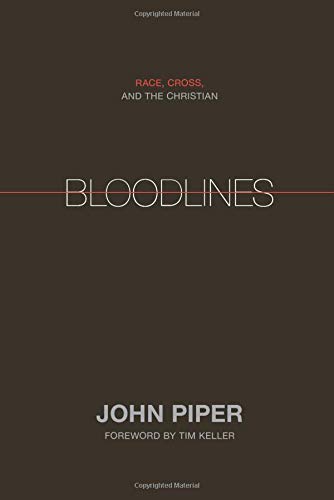 Slaveholders, segregationists, all of us.

Rarely do I leave a reading experience as delighted and provoked as when I finished, simultaneously, James Cone's The Cross and the Lynching Tree and John Piper's Bloodlines: Race, Cross, and the Christian. I had low expectations. I expected the two books, coming from quarters of Christendom that rarely dialogue, would tell a tale of two cities whose citizens speak the same tongue but mutually unintelligible dialects. While they embark from different theological landscapes and illuminate different historical manifestations of Christ's cross, Cone and Piper suggest the two citizenries may be closer to dialogue than I imagined. I was surprised by what I found, encouraged by what might follow.

In Cone's case, my surprise was not due to first encounter. Mine was a surprise more akin to that of a recurring nightmare. While I am familiar with the statistics and historical accounts of lynching that Cone narrates, no amount of previous contact with the sources softens the blow when one walks past Emmett Till's open casket—especially when so capable a writer as Cone is one's escort. (If you pick up Cone unfamiliar with the details of lynching, be ready for your new American nightmare.) Before I read The Cross and the Lynching Tree, I had heard Cone say this book was his favorite, his most personal. I knew there would be blood on Cone's leaves. I was prepared to be unprepared.

I was not prepared for so careful a treatment of race and Christianity as I found in Bloodlines. No Piper text of which I am aware displays the pathos and intelligence of Bloodlines. The book contains passages that I never thought I would read from a popular, supposedly "conservative" evangelical—on white normativity, on whites' funding of negative black media images, on sin as not simply self-aggrandizement but also self-hatred. Piper's adumbration of individualistic-versus-structural accounts of racism in the book's second section is informed and cautious against reduction. True, concerns remain; despite Piper's insistence that Christ challenges individualists and structuralists alike on race matters, the primacy of Christ-initiated heart transformations in Piper's argument belies an inclination toward individualistic anthropologies. But great books prompt as many concerns as they resolve. Bloodlines is Piper's greatest book.

Both Cone and Piper primarily aim to (re)claim a usable, crucicentric Christian inheritance. Cone is interested in the African American inheritance—specifically, how blacks have used the cross to redeem the horror of the lynching tree. For Cone, the primary hope is that God sides and empathizes with the persecuted. Christ's cross proclaims that no hands that shed innocent blood will write the story's ending. Paradox, tension, and mystery are the refrain of Cone's crucicentric vision—redemption through suffering, beauty amidst terror, hope on the edge of the abyss. Paradox-breathing artists, not professional theologians, are the acknowledged legislators of Cone's theological world.

Piper is interested in the Reformed Christian inheritance. For Piper, the primary hope resides in the innocent blood shed on Christ's cross. The salvific work of Christ on the cross—which Reformed theology has always upheld—not only nullifies racism but openly celebrates racial and ethnic diversity. The bloodline of Christ is the only relevant bloodline. Through it, individuals of all races become a new creation and are invited to a joint communion. The racial diversity of this communion testifies to the broad sweep of Christ's work. Piper is not recommending a thin, "color-blind" vision of reconciliation, an erasure of racial difference. Rather, diversity yields "a beauty and power of praise […] greater than that which comes from unity alone" (196).

Imagine I am a white slaveholding Christian in antebellum South Carolina. I open my Bible and the annals of history and find there have always been slaves and masters. History and the Bible are on my side when I argue, against abolitionist innovators, that slavery is a basic institution of society, the natural order of things. While I must admit that neither history nor the Bible endorses race-based slavery, I look at my world. The European culture I inherit seems light years ahead of Africa in technology, economy, and religion. If there have always been slaves and masters, Africa's children seem to belong naturally in the first class, Europe's the second. Thus I enslave Africa's children. When I do, the system into which I bring them confirms my beliefs regarding their nature. Every child of Africa I meet, under the system I inherit and perpetuate, seems to me uneducated, deferential, disposed to hard labor (exceptions are just that—exceptional, nothing on which to base an upending of the social order). Some abolitionists would say my system made my slaves this way, but most white abolitionists, like me, are not persuaded blacks are equal to whites, even if blacks deserve some basic legal rights. Most concede my ordering of things is natural.

I concede that the brutality of American slavery needs correcting. And when I read Acts 17:26, 2 Corinthians 5:11-21, and Galatians 3:28, I nod as approvingly as any abolitionist. Yes, Christ has reconciled all races to and through himself. Yes, in Christ there is neither Jew nor Greek, slave nor free, male nor female. But equality in Christ does not translate to equality in social status. When it comes to salvation, I am a biblical egalitarian. When it comes to social life, I am a biblical complementarian. To argue for social egalitarianism is to shirk one's Christian duty to uphold God's ordained hierarchies. Living in a state where blacks are the majority, I perceive the threat abolition poses to social order. Could Northern or European abolitionists imagine transforming a majority of enslaved, uneducated, probably resentful neighbors into fellow citizens? Surely abolition will break down my society, harming both whites and blacks. Is the industrial North's system of "wage slavery" more Christian? How long after emancipation before the erstwhile slaves will long to sit by the old fleshpots, eating their fill of their masters' bread? I will shed blood to defend the order.

With few revisions, once could formulate a similar sketch of a Jim Crow-era white Christian. If such characters seem to us merely stupid or inexplicably racist, we are not filling up the measure of our ancestors—or ourselves. Such a filling would augment the reach and punch of Cone's and Piper's projects.

Cone claims perpetual wonderment that white, so-called Christians could sanction violence against innocent blacks. This wonderment is hard for me to believe; Cone did not outlive Jim Crow Arkansas by puzzling over whites. In any case, two of Cone's go-to figures should help to solve some of his wonderment. In the face of America's particular racist evils, James Baldwin repeatedly pointed out that violence against innocents is not a historical novelty. It is horrible, but it is no surprise. Blacks were not Christians' first racialized victims in North America. Similarly, Reinhold Niebuhr (to whom Cone devotes one of the strongest critical chapters of his book) consistently cautioned that those with power ever tend to justify or elide their supposedly oppressive deeds by appealing to the greater goods that the deeds establish and protect. Although the deeds appear blatantly self-serving through the lenses of the oppressed, the appeals usually hit some mark—even for the oppressed. It comes as no greater surprise that so many white Christians would perform and watch lynchings than it does that so many black Southerners would refuse or ignore the calls to fight the injustice perpetrated upon them. Reform has costs. Social order has benefits, even for people at the bottom of the order.

Cone's book calls us to remembrance. It defies white American denial of historic crimes—a denial that Baldwin regarded as a crime more egregious than the crimes denied. Cone speaks: Remember, Americans: Emmett Till's body is your inheritance. But if Cone is to empower us to accept our inheritance effectively, in order to turn away from it, so too must he fling open the caskets of Till's contemporaneous, white segregationist Christians who died slower, more peaceful deaths. Wonderment over white hypocrites will not do. Those pallid bodies are our inheritance, too—certainly that of most white American Christians, but also that of all Christians who have practiced domination or have had domination practiced quietly on our behalf. If Cone performs a more orderly, power-full examination of those bodies, the cross/lynching tree dialectic could illuminate and challenge other systems within the body of Christ in which love and violence are wedded. Peeling back the white sheet might explain the scars Baldwin's father left him, might help to heal the bruises African American women are given by Christian fathers and husbands.

Piper does not so much express wonderment at historical racism as he overgeneralizes it. He correctly notes that there is blood on the hands of all white Christian denominations when it comes to racism and that all denominations have laudable antiracists on their historical roster. But his sweeping indictments and praises bypass significant specific considerations regarding the Reformed legacy. While some Reformed Christians committed themselves to fighting slavery and racism, the reforming ranks were not wholly, or even primarily, Reformed. Disproportionate to their total numbers, Unitarians, Quakers, and a variety of Wesleyans occupied much of the front line of American abolitionism. In the previous century's major civil rights struggle, one could add a formidable cadre of Jews and atheists to the ranks. While most denominations contributed soldiers to the historic racist army, the Reformed tradition in America contributed not only many soldiers but also many theological generals. A major theological-hermeneutical artery connects Piper to proslavery Reformed Christians like James Henley Thornwell and "softer" racists like Princeton's Charles Hodge. This is not Piper's only bloodline, but it is his most pronounced one.

Certainly, Piper's Reformed theology is not necessarily racist. Bloodlines convinces me that contemporary Reformed Christians like Piper are able to embrace and justify a "Christ-exalting" anti-ethnocentrism. Bloodlines does not yet convince me that Piper's Reformed would likely take the lead on such social reform. Bloodlines leaves little doubt that Piperian Christians' intense awareness of sin's reach, of their personal complicity in society's often-invisible injustices, can make them receptive to prophetic challenges to the social order—once the challenges are audible. They have ears to hear. But it is 2012. They are no prophets, nor prophets' sons. American Reformed Christianity has inclined to the maintenance of social order, not simply because it is conformist, but because it tends, not entirely incorrectly, to view a rightly ordered society as essential to Christianity (this accounts for the Niebuhr whom Cone criticizes). Bloodlines contains references from every chapter of Romans but three: one omission, Romans 13. It contains 24 citations from Ephesians; one omission, Ephesians 6: 5-9. If Piper is calling his fellows to turn away from past mistakes, he must reckon with how his theological-hermeneutical ancestors used such passages, in tandem with notions of man's evil nature, as an apology for the ruling class's unnumbered crimes, and how he plans to avoid recapitulating the crimes if he plans to recapitulate the methodology.

One must fully accept the full inheritance—slaveholders, segregationists, and all. Even the children of slaves must accept it, because knowing yourself requires knowing who harmed you and your ancestors, inside and out. Cone and Piper leave that work to do. Historians such as David Chappell, the Genoveses, and Mark Noll have done some of this work. But we need ministers and theologians (and their audiences!) to do it. The final chapters of each text suggest these authors are verging on it. I finished these books believing they—we—can do it. American Christians should read both of these books—together, a joint inheritance.

Ryan Harper is a graduate student at Princeton University, where he is completing an ethnography of the Gaither Homecomings. His writing has appeared in Sugar House Review, The Other Journal, Potomac Review, Ruminate, The Huffington Post, and elsewhere.