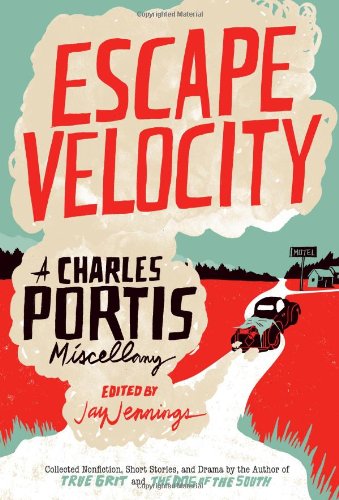 Plus Books & Culture's Book of the Year

These are not necessarily the best books of the year—though I think some of them qualify—nor the most important. A list of 2012's most important books (so I suppose) would need to include Brad Gregory's The Unintended Reformation, for instance, and T. M. Luhrmann's When God Talks Back: Understanding the Evangelical Relationship with God, among others.

But this annual list—which I started doing in 1999, I believe—is something different. Among all the books I have read or skimmed in the last year, these are the ones that most readily and vividly come to mind. I can almost taste them.

The titles are listed in alphabetical order, followed by the Book of the Year.

Alien vs. Predator. Michael Robbins. "Every once in a while," I wrote in Commonweal magazine, "a book appears as if out of nowhere, uncanny in its authority, combining the shock of the new with the shock of recognition. Michael Robbins's Alien vs. Predator (Penguin, $18, 71 pp.) has given me a sense of what early readers of The Waste Land must have felt in 1922, what it must have been like to pick up a copy of Wise Blood at the bookstore in 1952."

And Bid Him Sing: A Biography of Countée Cullen. Charles Molesworth. Cullen (1903-1946) was adopted early in his teens by the pastor of one of the largest churches in Harlem. He's known to most readers (if at all) in connection with the Harlem Renaissance, in accounts where he'll be represented by a handful of poems. Molesworth gives us a much richer story, lucid and moving.

The Black Box. Michael Connelly. The latest Harry Bosch novel. LaVonne Neff's review for Books & Culture will give you the lay of the land if you haven't tried Connelly.

A Death at the White Camellia Orphanage + Thaliad. Marly Youmans. The first book is a novel with a protagonist you won't forget. Linda McCullough Moore reviewed it for B&C. Thaliad is a narrative poem, written against the grain of our time, with gorgeous illustrations by Clive Hicks-Jenkins. Read Marly Youmans.

How to Do Things with Books in Victorian Britain. Leah Price. + Book Was There: Reading in Electronic Times. Andrew Piper. The two most interesting angles I saw this year on the history of the book and the fate of reading. (It was Alan Jacobs who sent me to Piper's book, for which many thanks.)

The Hunger Angel. Herta Müller. Just before Müller was awarded the Nobel Prize for Literature in 2009, this novel was published in German. Now it's available in an English translation by Philip Boehm. Let's hope that even now he's at work on bringing more of Müller into English (roughly a half-dozen books have been translated; a number remain to be done).

The Little Red Guard: A Family Memoir. Wenguang Huang. So many memoirs nowadays appear to have been written with a desperate desire to turn the writer's life into a commodity—to "sell" it, which usually means overselling it. These books are written like movie trailers. By contrast, here's a memoir that's written on a human scale: sharply observed, warm yet never saccharine, with a delicious sense of the absurd.

Shklovsky: Witness to an Era. Interviews by Serena Vitale. Ignore the sappy subtitle. In December of 1978, in the midst of one of the coldest Russian winters of the 20th century, the intrepid Serena Vitale traveled to Moscow for a series of conversations with the literary critic Viktor Shklovsky, then 86 years old. The resulting book was published in Italian in 1979, and in a new edition in 2010. Now—thanks to translator Jamie Richards and the blessed Dalkey Archive Press—we have it in English. Ambrosia!

Under the North Light: The Life and Work of Maud and Miska Petersham. Lawrence Webster. Loaded with ravishing illustrations, this book is a labor of love, recounting the life and work of Maud (Vassar, Class of 1912) and Miska (an immigrant from Hungary) Petersham. (Doesn't sound Hungarian? In his native land, he was Petrezselyem Mihály.) If you love children's books and the art of illustration more generally, or know someone who does, order a copy without delay.

Vivian Maier: Out of the Shadows. Richard Cahan and Michael Williams. An "amateur photographer" who worked for decades as a nanny, Maier left behind a huge archive. Six months after her death in 2009, some of her photos were posted on the internet, provoking an immediate response. An introductory essay opens this handsomely produced book, followed by a generous selection of images. The word "haunting" has been leached of most of its power, but I don't know how else to describe the impact of this book.

Book Of The Year

Escape Velocity: A Charles Portis Miscellany. Edited by Jay Jennings. The recent remake of True Grit was good news for those of us fanatically devoted to the fiction of Charles Portis: surely the movie would send some new readers to his work. But it was saddening too—a reminder (as if we needed one!) that Portis hadn't published a book since the splendid Gringos in 1991. There had been rumors—a new novel; a book about Pancho Villa; and so on—but nothing materialized. Ah, well. Thanks to Jay Jennings and the Butler Center for Arkansas Studies, we have this collection, gathering newspaper pieces, accounts of travel, short stories, a memoir-essay, a play, and an interview, conducted by Roy Reed. After which you might want to re-read (or read for the first time) that small but precious shelf of novels.