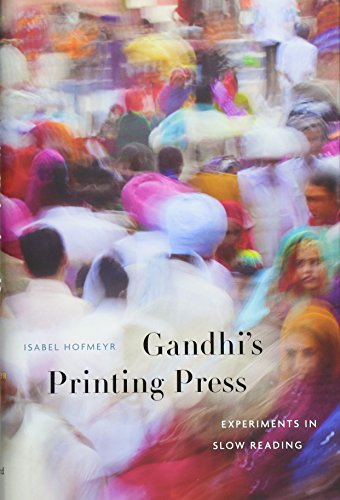 Some titles to keep an eye out for.

There are already dozens of books I'm looking forward to in 2013, and more will swim into view in the course of the year. To single out a handful seems rather arbitrary. Please take this as merely a sampler of the riches to come.

In some instances, I've been able to read a galley. That's the case with Andrew Klavan's A Killer in the Wind (January) and Ismail Kadare's The Fall of the Stone City (January), both of which I'll be reviewing. As novels, they appear at first to be different in just about every imaginable way. But on closer inspection, there are affinities: both evoke the uncanny, both shed light on the temptation to evade uncomfortable truths—and both are very good.

I'm hoping that sometime in 2013, Alan Jacobs (while juggling various book projects and a move from Wheaton College, where he has taught for 28 years, to Baylor University) will write for Books & Culture about Francis Spufford's Red Plenty and Adam Roberts' Yellow Blue Tibia, two novels that involve what might loosely be called alternative histories of the Soviet Union. Neither of these books is new, but Spufford and Roberts both have books coming out in 2013 in the U.S. Spufford's Unapologetic, published in the UK in 2012 (and due here later in 2013 from Graywolf), is an unconventional defense of Christianity. Roberts' Jack Glass: The Story of a Murderer (April), also published in the UK in 2012, is sci-fi that plays with some of the conventions of the mystery—carried out, as usual for Roberts, with a manic instinct for parody, an irrepressible sense of the absurd, and an undercurrent of Swiftian indignation.

And speaking of Alan Jacobs: his edition of W. H. Auden's For the Time Being: A Christmas Oratorio is due in May from Princeton University Press.

In Gandhi's Printing Press: Experiments in Slow Reading (March), Isabel Hofmeyr focuses on the period during which Gandhi, then living in South Africa, oversaw the founding and production of a newspaper, Indian Opinion, for which he wrote regularly. Following Gandhi's example, Hofmeyr writes with great concision: this slim volume sparks more ideas than are typically generated by a book three times its size, and the chapter on "A Gandhian Theory of Reading" could serve as the point of departure for a very interesting conference.

Sometimes books I am greatly looking forward to turn out to be postponed—for instance, in 2012, a bilingual collection gathering all of Pablo Neruda's odes, edited by Ilan Stevens. But Farrar, Straus and Giroux has rescheduled publication for October 2013, which will come before we know it.

Finally, due early in 2013 from Cascade Books (an imprint of Wipf and Stock), Robert Siegel's Within This Tree of Bones is a splendid "new & selected" by one of my favorite poets. This book is the third in a new venture, the Poiema Poetry Series, overseen for Cascade by Don Martin, following volumes by Sydney Lea and Paul Mariani. (Look for an interview with Don Martin on the Books & Culture website early in the new year.) And I should add that, in addition to the poetry series, Wipf and Stock recently announced the launch of a literary imprint, Slant, founded by Greg Wolfe, the editor of Image. The first title from Slant, Erin McGraw's Better Food for a Better World, is scheduled for March. (If you liked T. C. Boyle's Drop City, don't miss McGraw's novel.)

There are so many more titles to mention, but I should stop now. This will be our last posting on the B&C website until January 2. All best wishes for a Merry Christmas and a Happy New Year.