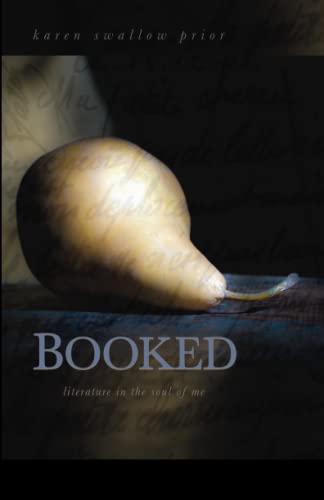 "Modernity is eighth grade stuck on repeat," Karen Swallow Prior humorously muses in her recently released memoir of literature-loving. The unexpected turn-of-phrase—and the chapter revolving around Jane Eyre from which it comes—is, in a way, representative of Booked: Literature in the Soul of Me, for it alludes both to the angst of becoming a self-possessed individual and to the desire for loving acceptance that the development calls for. The story of Prior's life, not unlike Jane Eyre's generally speaking, is about the sometimes painstaking, sometimes joyous process of individuation. Of course, the rise of the modern individual in the novel is coincident with the uniquely modern emphasis on self-creation. Yet, Prior's comparison of modernity to eighth grade also reveals that she knows something of the alienating condition which can accompany the illusion of total self-sufficiency in the creation of the self. In a way, Booked offers a counter-narrative about how the self is formed, one that is rooted in sensibilities which predate modernity (and self-help books). A story about how books have been a means of grace to Prior's soul, Booked is, more than that, a story about the inextricable relationship between narratives and human beings.

Prior, who is Chair of the Department of English and Modern Languages at Liberty University, organizes her memoir such that each chapter brings a classic work of literature into correspondence with a particular stage of her life. In a twist on the adage "being is becoming," she titles the Jane Eyre chapter "Beholding is Becoming." Borrowed from Marshall McLuhan, the chapter title suggests the kind of self-formation that Prior has undergone and is eager to share: "[S]o much of our becoming comes not from within but from without, from the relations others give us about ourselves, from beholding ourselves in the mirror held up in the world around us." Each chapter is an invitation to see what beholding has wrought in Prior's life—to see how characters, both within books and without, have taught her, and to see how authors, both human and the Divine, have shaped her. A "promiscuous reader" in the Miltonian sense, Prior has primarily sat under the tutelage of books.

In an early chapter, "The Life-Giving Power of Words: Charlotte's Web," we get a sense of how Prior weaves the tale of herself that she's telling. Recounting a significant moment from the 1950s children's novel, Prior notes,

As [Charlotte] weaves words about Wilbur into her web, Wilbur tries to live up to the meaning of the words. 'Some pig,' she proclaims. 'Terrific,' she writes. And as if by magic, Charlotte's serendipitously chosen words create in everyone who comes to see Wilbur, and even in Wilbur himself, a sense of being, in fact, 'some pig,' and a pretty 'terrific' one, too.

Prior remembers the time she overheard her mother telling someone that "Karen's very perceptive." She notes the distinguishing power this label had on her as a young girl—how it helped her to "be the thing" her mother "saw and named" in her. What Prior calls "this magnificent naming power" is one significant example of how words have had the power to shape and mold her even from an early age.

Or consider a later chapter, "Sex, Symbol, and Satire: Gulliver's Travels," which reflects on the power of symbols to impart truth or falsehood. Prior discusses the importance of a community to help provide wisdom about a symbol's meaning. She recalls a time in her youth when she had established her own haphazard standard for who would make an ideal man to love. This standard was one in which she would wait for sex until she found her true love. But how would she recognize "true love" when she encountered it? Looking back, she sees that she failed to take into account the reality of "the other." She sees this as Gulliver's "essential failure" throughout his travels: his inability to recognize the fallibility of his own perspective in discerning true and false representations. Absent this recognition, Gulliver is affected by his travels in a way that renders him an isolated misanthrope who rejects the communion—with its symbols of table, bread, and cup—of his family. And, at times, Prior's devotion to her own flawed perspective had its consequences.

What's clear in these examples, and throughout the book, is that Prior is, first and foremost, a teacher of stories. Drawing on Milton, she comments that "the power of truth lies not in abstract propositions but in the understanding and willful application of truth by living, breathing persons which can occur only in the context of liberty." Prior loves stories because she understands well their incarnational authority to teach us, to guide us into wisdom. She knows this power so well that she's devoted her life to sharing her love of stories by teaching them to innumerable students. Booked is effective—moving—precisely because it is written by a teacher who is purposed with love for both her subject and the readers with whom she feels compelled to share it. Yet, Prior's teacherly voice is also supplemented—sharpened—by a loving observance of the world around her, communicated in passages so literary that they are worthy of the literature that has formed her life and book. For example, a barn she visited regularly as a child is described in a passage that is a literary feast: