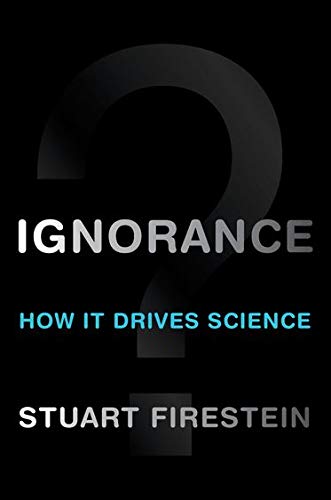 Ignorance: How It Drives Science, Part 3

A meeting ground for science and theology.

One of the long-standing misunderstandings between religion and science has to do with the question of whether religion and science are, in fact, making normative descriptions of the same object. One popular vision of the science-religion conversations presents the two disciplines as offering competing explanations of the origins of the cosmos, rebuffing one another through narratives of certainty and lack of doubt. Stuart Firestein, Chairman of the Biology Department at Columbia University, offers a new vision of the task of science which emphasizes precisely that which is often understated in these discussions: the central role of ignorance in the pursuit of knowledge.

As Firestein notes, "Ignorance works as the engine of science because it is virtually unbounded, and that makes science much more expansive." To put it differently, Feinstein is as interested in showing how relatively little we know about the world as he is in articulating how knowledge is attained. Pointing out the ways in which our knowledge of the world shifts, Firestein notes that our cognition is always limited, and that the pursuit of knowledge often begins not by exploring the vast unknowns of the universe, but by beginning with what is in fact already known. As Firestein puts it, much of science is looking for a black cat in a dark room, under the assumption that the black cat is in fact already in the room.

To theologians, Firestein's book offers an intriguing point of entry into the conversation between theology and the sciences, namely, the limits of human knowledge. However one conceives of the relation between our language about God (theology) and our language about the creation of God (the world), Christians cannot say that a) these discourses have nothing to do with one another, but neither can they say b) that they are describing precisely the same things. Theologians are not interested in using science to prove or disprove the existence of God; for biologists, the existence or nature of God makes little material difference in the descriptive tasks of the laboratory. But on the other hand, theology and the sciences are both seeking to make claims about the telos and ordering of the world in which all people of all faiths live. In other words, while theology and science are not interchangeable languages, neither can theologians do without the language of those describing the processes of the world.

The emphasis which Firestein places on the central role of ignorance as the engine of inquiry draws these disciplines together. For the theologian, describing the God of Christianity begins and ends in mystery, recognizing that all we have has been given to us from beyond us. And as Feinstein reminds us with regard to the sciences, the pursuit of knowledge begins, ends, and is driven forward by a profound recognition of what we do not know, building and reflecting upon that which is given.

Myles Werntz is a postdoctoral fellow in theology and ethics at Baylor University.