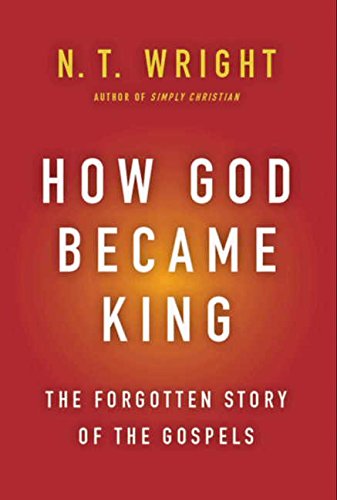 Putting creed and canon back together.

For the past decade I've endeavored to be something of street preacher in my neighborhood. Granted, when I came here it wasn't my neighborhood. I was marked as an outsider, not only because everyone around here seems to know everyone else, but also because I'm white. And in this Southern town, white folks don't belong in Walltown.

Everyone knows this, but no one communicated it more clearly than the young guys who used to stand on the corner, just four doors down from our house. I used to wave when I'd pass by them. They wouldn't wave back. For months, they never said a word. They only glared.

The month we moved here, one of these guys on the corner was shot in the street by another guy who drove by, stuck a gun out the window, and pulled the trigger. A friend happened to be driving behind the car that slowed down to shoot. He stopped his car, jumped out, and asked the guy who'd been hit in the elbow if he needed a ride to the hospital. "Naw," this young man said, gritting his teeth and pressing his hand against the wound. "I'll be alright." The next evening, the same car drove by again, taking better aim this time. We learned at his funeral that the young man shot dead on our corner was named Robert.

When our household of outsiders invited a guy from Walltown who was returning home from prison to come and live with us, we started to hear secondhand what the guys on the corner were saying. When we first came, they'd thought we were a police house, sent to monitor drug traffic. Then some said we were a plant from the local university—part of a secret plan to take over the neighborhood. Finally, they settled on calling us a church house because every Sunday and Wednesday they watched us go in and out of the Saint Johns Missionary Baptist Church, our Bibles in our hands.

About this time, the guys on the corner start talking. I learn their names and they learn mine. A couple of them start stopping by the house for dinner. Whenever I get a chance, I stop by their corner to catch up. One day, a fellow named Andre—who likes to rap when he talks—says to me, "You're a preacher, uh huh. / You want to talk theology, don't you?" I ask him what's on his mind. "Well, I'm a Muslim," he raps, hands flying up and down, "I'm a Muslim because / Christianity's about what you believe in your heart, / but Islam is about how you live."

I'm a Christian who grew up singing "King Jesus is all / he's my all and all." I get up every morning and go to bed every night praying, "Thy kingdom come, thy will be done, on earth as it is in heaven." But I cannot argue with Andre. The Christianity he has seen is a feel-good spirituality, a get-me-through-another-week kind of faith. "Crack religion," some folks around here call it. But Andre prefers the real thing. Still, these theological conversations on the street corner are what make me into a street preacher—not the "turn before you burn" type, but something more akin to Paul on Mars Hill, always probing to see where God fits in. Always asking questions. One day I say to a guy who's run the streets since he was thirteen, to a young man who thought he was king when other people started selling his drugs for him, "Jesus said, 'If you live by the gun you'll die by the gun.' " There's no good use for a gun in this neighborhood, I tell him. And he says to me, "You oughta tell that to the police." Jesus is well and good for the church house, but out here on the street, he says, religion can get you killed.

He asks the same question Andre asks, the same question these guys have been asking me for a decade: What does your Jesus have to offer a guy like me? "As I have both studied and written about Jesus and the gospels," writes N.T. Wright in his newest offering, How God Became King, "I have had the increasing impression, over many years now, that most of the Western Christian tradition has simply forgotten what the gospels are really about." This celebrated scholar and former bishop of the Church of England seems to agree with the guys who hang out on the corner in Walltown. "What we need is not just a bit of fine-tuning, an adjustment here and there. We need a fundamental rethink about what the gospels are trying to say."

For the scholarly Wright, the first question to ask is, How did we ever forget the main point? How did the Jesus who ignited a popular movement by promising abundant life to marginalized people like the guys on the corner in Walltown become an irrelevant idea that scholars write about or an otherworldly deity that pious people worship? The answer is not simple, but Wright makes it comprehensible. It is a tragic accident of history, the sad result of thinking that the gifts the Holy Spirit offered at one moment in history can simply be packaged and delivered to our contexts today.