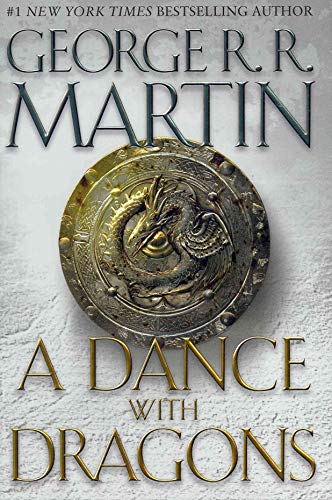 The Return of the Dragons

Where is the truth of hope?

"Power resides where men believe it resides," said the teaser for Season 2 of the HBO series A Game of Thrones, which began airing this last Sunday night. "It's a trick, a shadow on the wall": a fitting epigraph for a postmodern fairy tale.

George R. R. Martin has written five books so far in the series on which the TV show is based, the most recent of which, A Dance with Dragons, appeared last summer and immediately topped the bestseller list. Martin's take-no-prisoners realism was evident early on: "When you play a game of thrones you win or you die. There is no middle ground." There is power and there is death, there is king and there is pawn. There is such a thing as honor and valor, but these are secondary, maybe tertiary, to surviving the day. As he writes of one of the heroes of old: "Rhaegar fought valiantly, Rhaegar fought nobly, Rhaegar fought bravely. And Rhaegar died."

Martin has been compared to Tolkien. The depth and richness of his world make that claim plausible. In every narrative nook is another mystery, another layered plot for conspiracy enthusiasts to savor. That, at least, is part of the attraction of the series: its inscrutable narrative density. Yet in many respects, Martin's stories have more in common with Machiavelli's Prince than with Tolkien's tales of Middle Earth. Political realists have been quick to catch on to this affinity—Foreign Policy even ran a feature on Martin's realism and its insights for international politics. When asked if he thought his books were too cynical, Martin simply responded "they are realistic."

That realism has an eerie feeling of comfortable familiarity amid today's dour cultural and economic forecasts. The banner refrain of House Stark's "winter is coming" sounds an almost-too-neat parallel to our financial prophets. The violent collapse of his dynasties under the overwhelming torrent of "unknown unknowns" has its share of awkward contemporary barbs.

Those barbs have hooked readers, many of them Millennials, enraptured by Martin's graphic realism. Dark fantasy, of course, is not new. What is new is the cult sensation of Martin's realist world, and its special appeal to Millennials and quarter-lifers. The thematic arc of these stories is pretty basic: Violence, rape, devastation. Repeat. Sprinkle in some dragons and frozen zombies. So why do we love them?

I love them because Martin's barren world unapologetically mirrors the experience and expectation of Millennial culture. What's missing is not just kindness or innocence, although those are relentlessly bled from Martin's imaginary world. The most salient absence is hope. And hope is the first casualty when we are afraid.

Not long ago, Steven Garber wrote a manifesto for Millennials on the "pursuit of proximate justice," calling for painful work among the ruins, work that demands patience and tenacity before it yields any fruit. Michael Gerson calls it "the banality of goodness," the terribly slow outworking of hope in the social and political world.

The key is to be prepared to work without evident result: faith without sight, sustained over a long period of time by the audacity of hope. This isn't easy for anyone; for the young, it is particularly daunting.

Martin's universe is grist for that quarter-life crisis, for ambitious and idealistic young people bled of their innocence and ideals, yet still struggling for hope. It's the suspension of Maranatha, the life lived between Good Friday and Easter Sunday; the life, in short, that most of us live. It doubts hope. We think the Great Feast is coming, but most days we're not sure. We are overwhelmed by evidence to the contrary.

These novels are works of art, no doubt. But they are art that reflects more than it invents, playing in the ruins of what is rather than daringly building something new. It is comfortable and familiar, while seeming new and challenging. Its newness is only insofar as it puts words to that malaise of modernity that erodes the foundations of hope. This is real insight, real prescription, but no cure. It lacks that courage.

In a July 2011 interview with Entertainment Weekly, Martin said:

And as for the gods, I've never been satisfied by any of the answers that are given. If there really is a benevolent loving god, why is the world full of rape and torture? Why do we even have pain? I was taught pain is to let us know when our body is breaking down. Well, why couldn't we have a light? Like a dashboard light? If Chevrolet could come up with that, why couldn't God? Why is agony a good way to handle things?

Martin's agnosticism reads into his novels, like the bitter lapse of hope that once sustained his Catholicism. His stories are pregnant with disaffection and disappointment. Every violation pierces the reader: How could this happen? How could such a thing be allowed?

If he does finish, those millennials may be well into middle age before it happens. It has taken 15 years for the first 5 books with a five year break between books 3 and 4 and a six year break between 4 and 5. I read the first four in 2004-2005. But I have been unable to motivate myself to read Dance with the Dragons. Book four was a disappointment. It didn't go anywhere in its 1000 pages. And I would have to reach way back into my memory to try to figure out what is going on with this fifth book. I may read books 5-7, but I don't think I will start until they last is out. My guess is that it will be sometime around 2025.