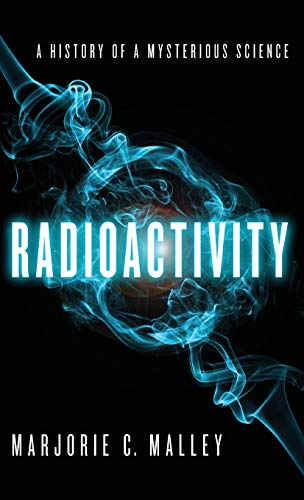 A few years ago, I attended a conference in Montana held by the Foundation for Research on Economics & the Environment (FREE). One of the speakers was the Pulitzer Prize-winning historian Edward Larson, whose subject was the nuclear power industry and the environmental movement in the United States. Larson described the role many prominent scientists had played in leading opposition to widespread use of nuclear power. He was speaking as a historian, not an advocate, but the story he told suggested that, had the United States more aggressively pursued the development of nuclear power—as was done in France, for example—the longterm benefits would clearly have outweighed the risks.

Even from Marjorie Malley's wide-ranging account of the subject, as Ian Hutchinson observed in his piece a couple of weeks ago, "[t]he impression one gains of applications of radioactivity is that they are fraught with unjustified commercial hype and unforeseen dangers." To Hutchinson, who is professor of nuclear science and engineering at MIT, this persistent undercurrent of menace is unwarranted. Such threats, he writes, "were certainly present in the early years, as they are for any new technology; and the development of nuclear weapons still overshadows all things nuclear. But radioactivity is simply a standard part of nature. It is literally everywhere." He concludes by wishing "that Malley's book had set out to demystify, rather than to mystify, radioactivity. It might not feed a yearning for melodrama to say so, but radioactivity is routine."

This testimony is all the more persuasive coming from a scientist who has written a book (Monopolizing Knowledge) that argues against scientism, warning against the tendency for the power and prestige of science to be extended beyond its legitimate sphere. (We'll return to this book on another occasion.) I am indeed persuaded that "radioactivity is routine"—and yet, several layers below that intellectual conviction, I admit to a fear of nuclear power and (despite all the reassurances I have read) deep concern over the disposal of nuclear waste.

Next week, we begin Round 5 of Science in Focus. Our subject will be the TV series Terra Nova. The show wasn't renewed for another season, it turns out, but it nevertheless has generated an interesting conversation. I hope you'll join us for that. And once again, if there is a subject you'd like to see addressed in Science in Focus, we'd love to hear from you.

John Wilson is the editor of Books & Culture