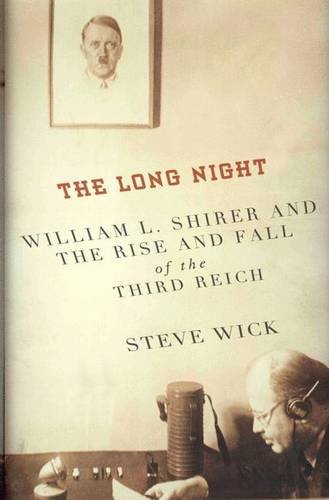 You remember its thesis, yes? The connecting theme of the book is that Martin Luther did it. There's a straight line, Shirer argues, that connects the Protestant Reformation in Germany with Adolf Hitler. Nazism was not born of a totalitarian political theory, the way Fascism was in Italy. Nazism came straight from the German character as defined by Luther and shaped by subsequent figures from Frederick the Great to Bismarck, all of whom "made blind obedience to temporal rulers the highest virtue of Germanic man, and put a premium on servility."

The notion that there was something in the German soul that helped produce the Nazis isn't an impossible one—not, at least, for anybody who's ever actually had to spend much time among Germans. But it's nutty to think that German character was the most significant or, as Shirer argued, the nearly sole cause of Nazism. And even nuttier to imagine that Martin Luther was the definer of that nasty German combination of licking the boots of the strong and putting the boot into the bellies of the weak. If Bach comes from another place in the German soul, then so does Luther. In truth, that was just one of the ideas floating around in the late 1950s, a shortlived thesis (which Daniel Goldhagen tried, in essence, to resurrect in 1996 with Hitler's Willing Executioners: Ordinary Germans and the Holocaust) that Shirer latched on to because … well, because he didn't have anything else.

He'd had the adventures, and he reported on it all. He'd been there at Hitler's speeches and the key events, bouncing around Europe in a non-stop pinball game. He knew everything that could be known about the Nazis at the time. Unfortunately, he didn't understand them.

But, then, why should he? He was a journalist, all the way down.

Joseph Bottum is a contributing editor to the Weekly Standard and the author of The Second Spring: Words into Music, Music into Words (St. Augustine's Press).