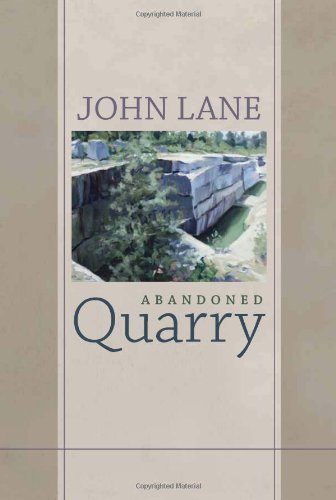 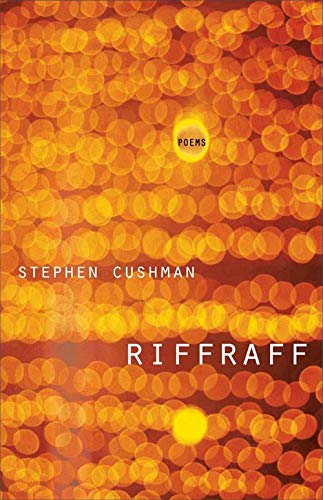 Queried about the meaning of "landscape," a speaker of 17th-century English would likely point to a burgeoning field in painting, that of natural scenery. In the next century, a reader of Dr. Johnson's dictionary would find that "landscape" could also describe a region or vista, the latter definition implying a particular perspective from which the prospect is viewed. A more scientifically minded Victorian would add this meaning to the list: a tract of land with its distinguishing characteristics, often discussed in terms of shaping natural forces and events. The early 20th century developed "landscape" as a verb—meaning to modify or ornament some patch of ground—and there soon followed that most expensive and back-breaking of gerunds, "landscaping." Our contemporary "landscape," then, yokes two densely populated syllables, referring at once to a natural world that can be seen as well as to processes of perceiving, classifying, depicting, and transforming that world.

If landscape was and still is closely associated with painting, so too it has long been and continues to be the terrain of poets, as recent collections by John Lane and Stephen Cushman show us. Traditionally, landscape poetry has been an art of withdrawal, in which a speaker leaves behind a busy city or highly formal space (such as, for the pastoral tradition, the court) and finds relief in rustic, unindustrialized, more genuinely "natural" spaces. The Romantics taught us to find in these secluded experiences not only beauty and sublimity but also sustaining nourishment—"life and food / For future years," as Wordsworth puts it in "Tintern Abbey." These desires—for escape, for wild beauty, for sustenance—are very much apparent in both Lane's and Cushman's poems. Whether directly or indirectly, however, both collections admit that such a formulation is complicated in contemporary America by the fact that natural spaces are now rarely untouched; few views are free of the signs of the encroachment of modern life. Such circumstances raise an elemental question for poets: what can be made of the landscape now? What poetry is suitable to a diminished or diminishing natural world?

Lane's Abandoned Quarry traverses his three-decade career as a landscape poet, particularly within the green corridor between Virginia's Blue Ridge Mountains and South Carolina's Upstate region. The collection bears witness to a recurrent tension between what Lane's speakers desire in and from the natural world and what they actually find in the landscape. "At Cherokee Ford, South Carolina," an early work, exemplifies this tension. Initially enchanted by the sight of a hawk sleeping and waking in the wind, the speaker is soon distracted by "power lines wading in the shallows." The power lines are "transgressions," the infiltration of the world of human industry the speaker has ostensibly come to the ford to evade.

"At Cherokee Ford," however, is not merely or simply the poetry of protest: it is also a reflection on the complexity of human perception. The power poles trigger the imagination: they "could be / Whitman's cavalry crossing the ford." The contribution of Whitman's "Cavalry Crossing a Ford" here is far from uncomplicated. Whitman's poem is full of sparkling imagery that would seem to enhance the scene, and Whitman's influence is described lovingly throughout the collection. At the same time, this "apparition" puts further distance between the speaker and the present scene. The superimposition of Whitman's Union Cavalry on Lane's Southern ford, moreover, suggests again that the poles are intrusions, invaders. At the poem's end, the speaker turns back to the hawk, noticing that "small eddies / of light still [catch]" its "eye." This minimalist perspective is at once attractive to and impossible for Lane's speaker. The landscape cannot be seen straight or singly: the ford confronts Lane's speaker with too many visions, which the speaker ultimately discovers he cannot "balance." Abandoned Quarry describes many such vexing encounters, which are rendered all the more poignant by the sincerity of Lane's speakers' longings for a purer, simpler experience of the natural world.

Lane's landscapes are also haunted by the past. The landscapes are often dotted by discarded objects and forgotten spaces—tires left in the shoals, a graveyard hidden beneath the underbrush—that recall previous lives and visitors. The collection is particularly arresting in its juxtapositions of landscapes as they once existed with their present state. "Green Memory," for example, maps the past onto the present: the poem recalls the ancient trees that once stood where one now finds a mall, a parking lot, the "new suburb." The poem laments the loss not only of the trees but also of the unhurried way of life and lavish aesthetic experiences that the trees fostered. Memory here functions in a manner reminiscent of Wordsworth's model noted above in which natural forms can remain lush, even life-giving, when recollected by the poet. The alarming prospect of Lane's poem, however, is that there may, one day, be no further reservoir from which the speaker or, by extension, the reader may draw fresh images because landscape has become a thing of the past.

The obvious risk for any poet working in the same genre over an extended period of time is that of becoming ossified. One of Abandoned Quarry's merits is that Lane's new work acknowledges this danger. "Abandoned Quarry Seen From Below" hearkens back to a landscape prominent in his 1984 collection Quarries. Yet the poem discovers a new way to consider the landscape—from below. This angle then challenges his familiar figurative method: "This time it's not so easy a landscape to level / with latent metaphor or beveled allegory." Similarly, in "High Meadow Poem," the speaker highlights the "narrative structure" that his mind would impose on the scene, and then seeks to defy it: "No denouement. No complex characters / among the jays." In other words, the transient present is intense and rewarding enough for its own sake. These new poems highlight one of the distinctive features of the collection—the way that landscape challenges familiar ways of seeing and writing. Landscape appears inexhaustible in Lane's poems, at least for those willing to make a lifelong study of how to look.

Comparing the titles of Lane's and Cushman's books suggests what's distinctive in Cushman's approach: if Lane's calls attention to a broad open space, Cushman's Riffraff signals his concern for things which might seem of little value. An inventory of the book's subject matter includes, for example, a weed, a toothbrush, a small cell in a monastery, a minor constellation, dark meat. The local landscape factors prominently in the book, and this natural world—as with so many things that attract Cushman's gaze—is presented as being out-of-step with the ordinary human one. A "gap in the growth rings" of a fallen tree leads the speaker of "Windshake" to observe that "We're not like that": "Awful hours / dreadful decades, they show outside" us. In "Trimmed with Crepe," "Nature has no taste," flashing its "gold and silver" on the day of a funeral. "Beside the Point" observes that the sky hasn't won prizes, the clouds lack careers, the rainbow "doesn't say my work." The natural world here is puzzling, tactless, different, making juxtaposition the rule in these poems. But this difference is exactly what makes it such fertile ground for poetry: the natural world draws us out of our habits of mind and thereby provides new vantages for backward glances at human behaviors and assumptions.

Landscape is considered in a larger context in "One More Thing a Mate Makes Fun," which discusses the speaker's "determination to visit every state." To those like the title's "mate" who might consider this a foolhardy pursuit, the speaker responds that only through such "intimate knowledge" of America can one genuinely love it. The poem takes as its test-case the "geographic wallflower" North Dakota. A series of natural images—for example, "a western meadowlark sparkling / through the prairie"—leads the speaker to wonder how one could behold such beauty and not "[want] a break from mountains or sea." The line reminds us of the diverse American spaces waiting beyond this particular prospect, the mountainous and shoreline regions that require, according to the poem's national project, the attention now given to the prairie. "Patriotic," another poem in Riffraff, similarly motions beyond the local scene: peering over a ridgeline of mountains east of Charlottesville, the poet directs our attention to the "coastal plain" that "floors the eye all the way to the sea." Both poems thus call attention to the finitude of any particular angle of vision to encapsulate the whole of the country. Landscape poetry, for Cushman, is an ongoing process rather than a singular achievement, each poem suggesting the possibility of others.

"Patriotic" warrants further attention for its surprising—and revealing—parallel with Lane's "Allegiance": in both poems, a speaker makes the Pledge of Allegiance to a natural scene. Lane's speaker addresses "another nation [of trees] overhead," an alternative "green republic" found within the United States but not reducible to it. In fact, befitting its dedication to the Beat poet and activist Gary Snyder, the poem suggests a critique of the United States when it claims that the republic of trees has "oxygen and shade for all." Simply put, nature provides what America cannot. In Cushman's poem, by contrast, the nation and the landscape cannot be divorced. The poem's opening line conjoins patriotism and loyalty to the landscape: "Of course I am [patriotic] and pledge allegiance / To the ridgeline." Cushman's speaker is a "lover" of "this cherished country," the last word here emphasizing the nation's existence within a physical territory. Though subtler than Lane on this issue, Cushman is also anxious about environmental degradation. Here, for example, the formulation of patriotism lobbies for preservation—for without the loveliness of the land there is no apparent basis for fidelity to country (and Riffraff's few discussions of politics suggest no viable alternative there). Although their reasons differ, both collections present the natural world as a necessity. Landscape appears to be something we cannot do without: to allow its further diminishment is to be complicit in our own.

Although salient features of both books, these landscape poems represent only one feature in their variegated topographies. Lane's evolving relationship with a troubled family history crops up repeatedly in his book; particularly striking in this regard are The Dead Father Poems, in which he entertains his father's ghost. If there is a must-read poem in the book, it is "Against Information," in which long Ginsbergian lines offer a rollicking critique of a host of modern fetishes. The two poets Lane mentions most frequently are Blake and, as noted above, Whitman, and their influence can be detected in the prophetic and colloquial strains that give such richness to Lane's voice throughout Abandoned Quarry.

In addition to landscape, Cushman's wry, epigrammatic style accommodates topics as various as life in a busy household, the body's aging, places elegant (the French countryside) and inelegant (a Parkinson's clinic), and language itself ("Ways People Wake," a list, and "Unspoken Agreement," musings on language and brain activity, are must reads on this front). As in Cushman's earlier two books of poems, Cussing Lesson and Blue Pajamas, this collection also offers us spiritual contemplation in poems like "Aramaic in Sednaya," in which hearing an old nun praying "in her savior's native tongue" transforms the speaker's experience of the surrounding landscape: "the desert become / anything but desolate." Lane's and Cushman's collections are linked in their mutual fascination with such moments, where perception of a place or thing profoundly shifts. Looking up from reading these books, you may find yourself making your own unexpected discoveries of fullness, whether in an overlooked spot or in an object that had previously seemed useless, the merest riffraff.

Richard Gibson is assistant professor of English at Wheaton College.