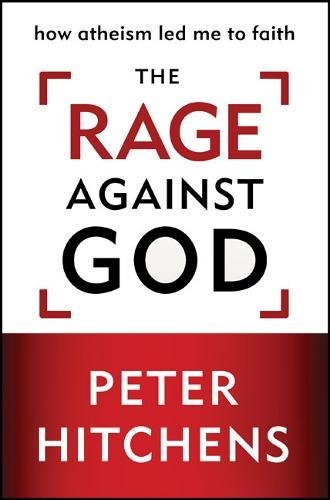 The Rage Against God

The other side of the story.

Cain and Abel, Jacob and Esau: the story of feuding brothers is one of the oldest in the book. Now it's time to add another chapter. In The Rage Against God: How Atheism Led Me to Faith, Peter Hitchens challenges, head-on, the claims of his older brother, Christopher, and like-minded atheists. As the provocative title suggests, Peter shares his brother's cheeky style. His approach is simple. He pulls back the curtain on post-Christian societies of the past and examines the wreckage.

Hitchens begins with an account of his atheist youth in Britain. He describes the church's contribution to the "cult of noble death" that still flourished during his childhood, and how it lost credibility during the postwar era of disillusionment. This backdrop provides a timely reminder of the danger of mixing faith and patriotism. As a result, Britain replaced the elegant poetry of faith with the prosaic myth of certitude and eroded the foundation of its morality in the process. Hitchens sees the same trajectory in present-day America.

In adulthood, Peter and his brother's paths diverged (the brothers have only recently been reconciled), with Peter becoming a Christian and Christopher becoming Christopher Hitchens. Fittingly, Peter devotes a section to addressing a few of his brother's favorite arguments: blaming wars on religion, divorcing morality from religion, and distancing atheism from the destructive regimes it has fueled in the past. It is this third argument that gets the lion's share of Peter's attention.

The crux of Peter's counter-argument is a case-study of Soviet Russia, woven throughout the narrative. Hitchens draws from his experiences in Moscow as a foreign correspondent for the Daily Express during the final years of the Soviet Union. Holding the door for other passengers entering the Metro station, he was mocked: "You're obviously not a Russian." Taxi drivers were forced to remove windshield wipers not in use because theft was the norm. The city was peppered with bars where patrons sat wordlessly sipping acrid beer dispensed from a vending machine into empty pickle jars. By contrast, the Russian homes he visited were places of warmth and hospitality. These qualities had simply been driven underground.

Hitchens ties this social collapse to the communist regime's efforts to uproot religion. He stresses, "The regime's institutional loathing for the teaching of religion, and its desire to eradicate it, survived every [Soviet] doctrinal detour and swerve. And the eradication campaign … was a success, perhaps because it required only destruction. Soviet power only failed when it tried to build, create, and construct."

So too, he argues, when the new atheists call for a secular society free of the moral entanglements of religion, what they have in mind is "not just an opinion seeking its place in a plural society. It is a dogmatic tyranny in the making." The notion that "those who win are also right," he adds, "is and must be the core of all ad-hoc human-based moral codes." It is false optimism at best that leads atheists to believe that they can remove the heart of a nation's morality and replace it with a platitude like "common decency" without risking a moral collapse.

Lest his readers ignore his warning, a particularly poignant section of The Rage Against God shows how fragile civilizations are. Hitchens describes a white-knuckle trip through Mogadishu, Somalia, with two machine-gun-toting young boys as bodyguards. This anarchic, ravaged place (setting of the movie Blackhawk Down), where sunset is a harbinger of death and armed gangs rove the streets unchecked, had a few years prior been a thriving capital city. Although not a godless nation itself, Somalia reveals how quickly the tide can turn.

While his brother pens sprawling, larger-than-life memoirs (Hitch-22) and best-selling atheist screeds (God is Not Great), Peter has countered with a more restrained version of his own. At its core, The Rage Against God offers a simple practical argument for faith from a journalist's perspective. The ground he cedes to his brother in rhetorical flourish, he makes up with gripping anecdotes from his time in the field. Wisely, he avoids rehashing theological arguments and sticks to what he knows: world events. The result is an engaging story of an atheist's journey back to an informed, reasonable faith. He gives us a refreshing reminder that sometimes the best way to test an idea is to see how well it worked in the past.