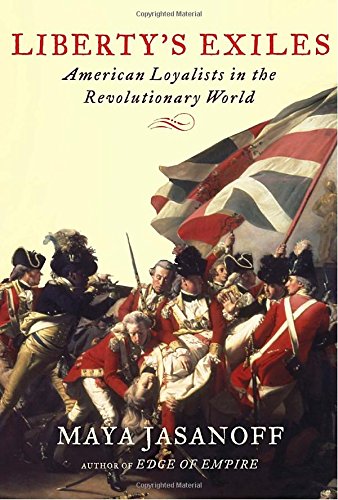 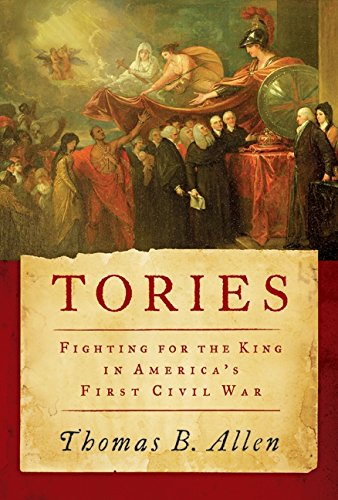 Loyalists and the American Revolution.

For Christians, there has always been a nagging question about whether the American Revolution was morally legitimate, given biblical admonitions to support the powers that be. (Romans 13:2, in the King James Version, warns that "Whosoever therefore resisteth the power, resisteth the ordinance of God: and they that resist shall receive to themselves damnation.") Whether because of religious idealism, family connections, or financial concerns, around 20 to 30 percent of Americans decided to remain loyal to the British Empire during the War of Independence.

Maya Jasanoff's Liberty's Exiles is a brilliantly conceived, beautifully written history of loyalist exiles from America. Jasanoff fills a glaring gap by providing the "first global history of the loyalist diaspora." She sees the loyalists as representing the "spirit of 1783," the ethos of the 75,000 Americans who left the United States at the war's end. Although many of these Americans were dissatisfied with the British administration, they could not ultimately support independence.

Sometimes waffling colonists were driven into hardcore loyalism by patriot violence. Thomas Brown of Georgia, for instance, signed a loyalist counterassociation document, which led to a brutal confrontation with local patriots. They bashed Brown's head with a rifle butt, soaked him in tar, and tried to set him on fire (indeed, his feet did catch fire and he lost two toes). Brown miraculously survived the ordeal, but lingering fury from it turned him into the commander of a loyalist militia.

Among the many factors fostering loyalism, Jasanoff affords a serious role to faith. Two salient loyalist contingents were northern Anglican clerics, who felt that biblical principle and their ecclesiastical connection to Britain prohibited cooperation with rebels, and Baptist African Americans like David George. George was a former slave who became pastor of the first enduring African American congregation in America, the Silver Bluff Church in South Carolina. Like many blacks, evangelical African Americans believed that their future was more secure with the British than their Patriot slave masters. George and many evangelical allies migrated to British Nova Scotia, and then, courageously, to Sierra Leone.

Thomas Allen's Tories takes a more conventional approach than Jasanoff's book, offering a narrative history of the loyalists' role in the war itself. Less given to sweeping interpretation than Jasanoff, Allen focuses on the Revolution as "America's First Civil War," as his subtitle puts it. That civil war climaxed at the Battle of Kings Mountain, on the border between North and South Carolina, the most significant clash between American loyalists and patriots during the war. At Kings Mountain, the "Overmountain Men," Patriot recruits from Appalachia, humiliated Patrick Ferguson's loyalist militia in October 1780. Almost all of the 1,100 loyalists were killed, wounded, or captured. The battle was "a requiem for Tories everywhere in America," Allen writes.

Allen tells his story well, but Jasanoff really helps us to understand what motivated loyalists. The essential components of the "spirit of 1783," according to Jasanoff, were an ongoing (but not uncritical) dedication to the British Empire, a "clarified commitment to liberty and humanitarian ideals," and confidence in centralized, hierarchical government. The second of these three may give us pause: weren't the patriots the ones who trumpeted a commitment to liberty? Jasanoff reminds us that, in practice, the British offered more hope for liberty to Native Americans and African Americans, which is why so many threw in their lot with the British when given a chance.

Neither Jasanoff nor Allen tell us whether the loyalists were right to maintain fidelity to the king. Jasanoff certainly makes their values more explicable to Americans today who might easily dismiss loyalists as cowards. Unfortunately, neither book has an index entry for the most fascinating Christian loyalist of the Revolution: Pastor John Zubly of Savannah, Georgia. The beloved Zubly was a representative to the Second Continental Congress from Georgia, but when he perceived that momentum for independence was growing, he left the Congress, convinced that Christians could justly participate in political resistance but not violent rebellion. He lost his church and became a refugee in South Carolina's Black Swamp until 1779, when the British recaptured Savannah. There the embittered Zubly died in 1781, having become one of Georgia's most influential loyalist writers.

Thomas S. Kidd is Senior Fellow at the Institute for Studies of Religion, Baylor University, and the author of God of Liberty: A Religious History of the American Revolution.