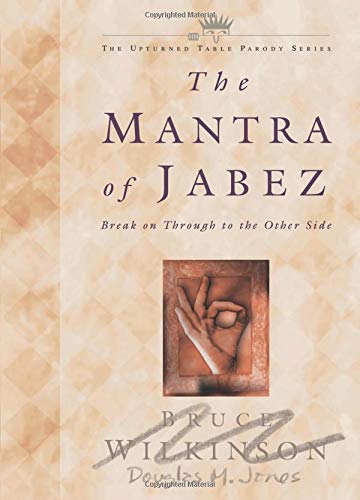 Editor's note: When my list of Favorite Books of 2011 was posted this week, a few readers wrote to ask about earlier lists. Here is the comparable reckoning for 2001, originally posted on December 1st of that year. It doesn't seem like ten years ago, but the calendar doesn't lie. The first two authors on the list—Beryl Bainbridge and Muriel Spark—have died. Bainbridge's last novel, The Girl in the Polka Dot Dress, almost finished at her death, was published posthumously and appears on my list of favorites from 2011.

`Tis the season for list-making. Like all such selections, mine should be taken with a grain of salt. After all, one of my choices last year was Michael Bellesiles's Arming America: The Origins of a National Gun Culture, a book that has become an academic scandal. (I'll report on the controversy in the next issue of Books & Culture.)

The books that follow may not be the best of the year—many others are equally worthy, I'm sure—but they are the ones that come most readily to mind among the several thousand that have crossed my desk in the past 12 months. The list is alphabetical by title. That it begins with three novels in a row, by three British women with Catholic or Anglo-Catholic affiliations, surprised me, too, when I sorted out the titles. (We'll be on holiday next week, but on December 31 we'll return with some of the other noteworthy books of 2001.)

1. According to Queeney, by Beryl Bainbridge (Carroll & Graf). The British novelist Beryl Bainbridge can't exactly be called neglected—notoriously, she's been shortlisted for the Booker Prize five times without winning. Still, in talking about current fiction with undergraduates and grad students hither and yon, I almost never find any familiarity with her books. She isn't fashionable; she doesn't fit any prefabricated category. She simply writes books that couldnt be written by anyone else. Her latest novel centers on Samuel Johnson, and in particular on his friendship with the Thrales, with whom he frequently stayed during the later years of his life. There's a type of bad novel, the intellectual equivalent of celebrity fiction, that tries to cash in on the aura of genius and falls ludicrously short—in recent years we've had inadvertently comic versions of Nietzsche and Walter Benjamin, among many others, and we wait in dread for the first novel based on the life of Richard Feynman (or has one already appeared?). But Bainbridge is equal to the task. Her Johnson is persuasively real precisely because she doesn't fetishize his genius and his celebrated quirks. She gives us the man and his age in all their pity and magnificent strangeness—for all of which, being human, we are his contemporaries. (For a marvelous interview with Bainbridge, see The Paris Review, No. 157, Winter 2000-2001).

2. Aiding and Abetting, by Muriel Spark (Doubleday). Now in her eighties, Dame Muriel Spark has produced yet another brilliant novel to put on the shelf alongside Memento Mori, The Prime of Miss Jean Brodie, and many others. Aiding and Abetting is based on the actual case of "Lucky" Lucan, the seventh Earl of Lucan, who in 1974 killed his children's nanny—beat her to death in the dark, intending to murder his wife. Having realized his mistake, he almost succeeded in killing his wife, too. Lucan escaped and has never been found. Many believe he is dead, but periodically rumors of sightings have surfaced. Spark imagines Lucan still alive and on the run. Like all of her best books, Aiding and Abetting is a meditation on the reality of evil and its ultimate defeat, a story with a strong whiff of the uncanny and astringently funny. (Also not to be missed: All the Stories of Muriel Spark, from New Directions; with four new stories, this volume supersedes the earlier collected stories.)

3. Death in Holy Orders, by P. D. James (Knopf). If you are already a fan of P. D. James and her signature protagonist, Commander Adam Dalgliesh of Scotland Yard, by now you are likely to have skipped to the next entry: you devoured this novel when it appeared last spring, and you don't need to be persuaded. And if you haven't already read this book, very likely you simply have no taste for mysteries, or for James. So why bother even to mention it here? Because it is such a rich, wonderful book, it demands to be celebrated. Like all of James' novels, it is anchored in a particular place—in this instance, a small Anglican theological college perched on the windswept coast of East Anglia. There is a mystery, yes, involving several murders before it is resolved, and the satisfactions of that are not to be deprecated. But in the course of her expert telling, James layers in a different order of mystery. This is the mystery of her beloved England, of how it has changed for better and for worse, and interwoven with that the destiny of her beloved Church of England: what sort of church should it be in the England of the twenty-first century? Evangelical readers may wince at the character who represents the evangelical option here, and one can't help but wonder to what degree he embodies the author's perception of evangelicalism in general, but the questions James raises transcend any party allegiance. Indeed, the debate she stages between a High Anglican churchman and a "Bible evangelical" is playing out right now, with slight variations, within American evangelicalism.