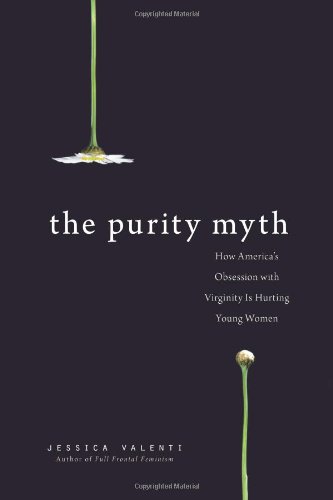 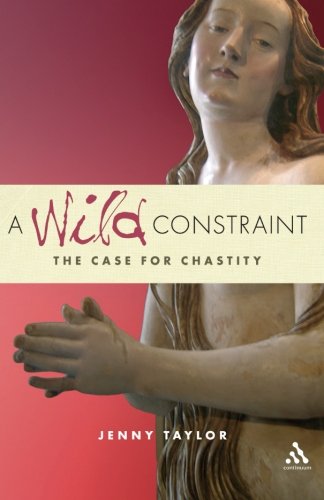 How to Re-Frame the Conversation About Chastity

Lies. Jessica Valenti talks about a lot of them in The Purity Myth: lies about statistics, lies about women, lies about sex. In fact, she talks so much about deception that the main truth she wants to advance gets pushed to the closing and opening pages of the book. That truth is that women are "more than the sum of our sexual parts," a message she desperately wants her readers to take to heart, rejecting the far more common claim that "a woman's worth lies in her ability—or her refusal—to be sexual."

How exactly does one instill a healthier sense of worth? Valenti thinks it's by taking away the shame in sex and "arm[ing] young women with the knowledge that sex should be a collaborative, pleasurable experience that has no bearing on whether they are ethical people." Except, of course, that "collaborative" and "pleasurable" are obviously deemed good, as opposed to competitive and unpleasant, selfish and painful—modes of experience that would presumably be unethical. And indeed, she's against both violent and unwanted sex, which is for her defined not just by "no" but the absence of "yes." Sex isn't really amoral, then. No, her problem is that sexual morality or the lack thereof still has such bearing on (women's) worth.

On these grounds, Valenti spends much of the book attacking those who enforce and reinforce the ties between morality and worth, a nebulous group she calls the virginity movement. Yet for all her concern with the problem of defining worth in sexual terms, Valenti spends little time considering why women have so persistently bought into such a warped system of valuation. Perhaps it seems easier to argue that the reason bad things keep happening to us is our lack of freedom, rather than a combination of the broken world we live in and our own fallible wisdom in navigating that world. Valenti is noticeably reluctant to concede the role of women's agency in shaping the lives we lead, except when our choices yield good or desired outcomes.

Toward the end of her chapter on trusting women, she writes: "Imagine a world where moral turpitude for women was based on our making decisions for ourselves … . Imagine a world where women had nothing to be ashamed of." Yet as grand and inspiring a picture as Valenti would conjure, she presumes women wouldn't ever make free decisions for which they might later feel shame or regret, even simply for failing their own standards.

Ignoring the cases where women's choices lead to bad outcomes means that Valenti never has to give much thought to the underlying motives. This is a fatal oversight, as failed efforts to stop the global drug trade underscore. Even if you can make the case that an activity or system of exchange is damaging and unhealthy, you are unlikely to actually change things unless you provide participants with an alternative means of satisfying the need or desire that drove their participation in the first place. Fail to give poor farmers an alternative crop with equal or better returns, and why should they give up growing something just because it seeds problems elsewhere? Likewise, even if women can see that basing and letting our worth be based on sex is bad for us and society, it will take a strong woman to give up a guaranteed, if ultimately unfulfilling, source of worth and attention for a healthier life that may lack precisely what made sex-based worth acceptable.

Contrary to what Valenti thinks, this is why Janie Fredell (of the True Love Revolution) told the New York Times, "It takes a strong woman to be abstinent." Sure, there's the strength it takes to keep a rein on your libido (especially hard in one's restless twenties), but there's also the strength required to watch male attention drift past you, perhaps for good, without giving in to the fragmentation of self that uncommitted sex entails.

Abstinence carries a profound uncertainty, which, if you practice it long enough, will bring you to the limits of any self-control predicated merely on hopes that someone will someday end your wait. At stake is not merely the possibility of marriage but life-fulfillment itself. As Jenny Taylor notes in her book A Wild Constraint: The Case for Chastity, "Personal completeness now means sex." As that logic goes, to die a virgin is to have led an incomplete, unfulfilled life. Couple this view of success in life with our tendency to assign worth in sexual terms, and it's not hard to see why most pan the course of chastity. Who would want to take such a gamble?

Yet in dismissing chastity, those of Valenti's persuasion jettison one of the best available means we have of critiquing of unhealthy sexual mores and their broader societal implications. In A Wild Constraint, Taylor draws our attention to the political significance of chastity for Josephine Butler, a 19th-century suffragette who campaigned against practices that forced women into leveraging sex for survival, whether through prostitution or pragmatic marriages. Butler's fight for increased vocational opportunities for women was directly tied to her fight against what Taylor calls "sexual tyranny." "If women were able—and permitted—to contain their sexuality, not just women but society as a whole would benefit … . A sense of the body in its social context was a prerequisite of the fight for women's rights."