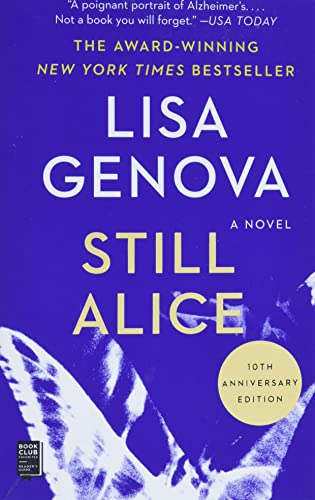 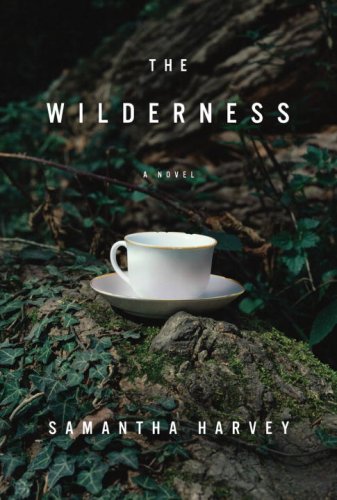 Is it possible for Jake, or the reader, to know anything for sure?

In his brain are countless cells—countless, but not infinite. To say infinite would be reckless. Inside each cell a little piece of him is packed, and every time a cell dies a piece of him dies. His past is just an electric impulse. Static flashes on a petticoat. Gradually he is being scattered and lost—hundreds of unread messages floating out across the sea.

Unlike Still Alice, The Wilderness is not a typical book-club selection, though I can imagine book-club participants avidly trying to sort out the factual from the invented, the real from the hallucinatory. Such an exercise would certainly elucidate Harvey's amazing art, and it might well lead to a good discussion on the importance of memory to personhood. Some readers would side with Jake's wife, talking about her war-injured father:

That man with only one foot was still my daddy. If he'd had no feet, no hands, no legs, he'd still be my daddy. So we can't be our bodies alone. And if we are not our bodies we must be something else."
"Our brains," he said.
"More than that, Jake.
"Why more than that?"
"His soul shone out through his eyes. I saw his soul."

Others, more pessimistic, would resonate with Jake's anguish:

There were times—there are still—when he would face the darkness of three a.m. and be terrified by the idea of entropy: nature dismantling every human object, and eventually every human being, until there was just an unfettered, cold chaos. Other people had God to protect them from such an outcome, but he had nothing—nothing except himself.

Who, then, is "himself" after his brain succumbs to chaos and all the messages have floated out to sea?

I used to think that a person with Alzheimer's was completely different from the rest of us. "Senile," we said of the old lady who shared the board-and-care home with my grandmother. She was clearly out to lunch—her words made no sense to any of us, and her behavior was bizarre. "I hope I never get like her," said Grandma. (She didn't.)

But when my parents developed Alzheimer's, I came to realize that the disease did not immediately destroy the persons they once were. Flashes of normality sometimes cut through the fog. Reasoning and logic persisted, even in the absence of accurate information. Imagination stepped in and filled in the blanks. My father, who loved to travel, told us of his travels to Israel and India—where he had never gone—which he now remembered happily, and in detail. Emotions continued to register, even after my mother lost the ability to talk.

Still Alice, as the title indicates, takes the popular sanguine view: despite the ravages of Alzheimer's, whatever makes Alice herself remains. Jake shares this view, at least while his disease is still only moderately severe:

When he looks in the mirror he does not see an old man, nor does he see a brain that lacks logic. He sees himself, greatly changed, but undeniably himself, and he is grateful to this self for persisting this long.

Eventually, ineluctably, the man in the mirror becomes unfamiliar. In one of the book's last scenes, Jake recognizes a man in a photograph but does not know he is looking at himself. Is he still Jake?

Harvey captures the mix of understanding and mystery that is Alzheimer's disease and that is also the human condition. She raises thought-provoking questions about memory and personhood and the soul. If you prefer a fast-paced, informative, easy-to-understand novel, read Still Alice first. But when you are ready to plunge into the abyss and experience Alzheimer's first-hand with all its confusion and tears and unanswerable questions, find a quiet place where you can ponder and weep, and read The Wilderness.

LaVonne Neff is a publishing consultant. She blogs at livelydust.blogspot.com.