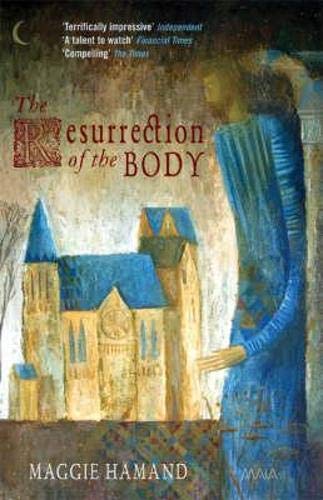 Giving Up Certainty for Lent

The aftermath of a Good Friday murder raises disturbing questions for an Anglican vicar who doesn't believe in the physical reality of the Resurrection.

But can we? Can he? Or are some mysteries too deep to be spiritualized?

If we had lived in Jerusalem in the first century of the common era, would we have believed Mary Magdalene when she said she saw Jesus in the garden? Thomas when he said he saw Jesus' wounds? Peter when he said he had breakfast with him on the beach?

And even though we know those stories well, how do we relate to the tales told by Rev. Page and his parishioners? Has an odd event triggered mass hysteria? Is an overworked pastor losing his grip? Is physical resurrection possible? Is it OK to go to church—to pastor a church, even—when one's faith is shaky? What is faith, anyway?

Such are the mysteries evoked by this strange little story, and to Hamand's credit, she does not neatly solve them. Ask a book group what point this author is trying to make, and you may get three or four mutually exclusive answers. This, I think, is the book's chief charm: it re-creates some of the bewilderment people surely felt in Jerusalem during the weeks following Jesus' crucifixion.

Anyone wishing to experience this bewilderment before Pentecost, however, should order the book immediately. Despite raves in the British press and a starred review in Publishers Weekly, this U.K. import is not available in most U.S. brick-and-mortar stores, and it takes a month or two to arrive from most online sources.

LaVonne Neff is a publishing consultant and aficionada of non-grisly mysteries.